How many "true followers" in the blockchain do you think you really have?

por500bolos in LeoFinance • 2 months ago (edited)

Well, out of 1213 followers I thought I had on Hive and 1218 on Steem, it seems that my true "live" followers are only, merely and painfully 148 exclusively.

More than half of them, an odd bunch that I don't even know, have heard of before, or have interacted with them in some way. Yeah! my memory still is surprisingly good. But seems like I can't recall any of these fuckin loyal followers yet. Hahaha :)

Yup! no more no less than 148. As far as I can remember, there was a time when there were a couple of web services to check, manage, order, prune and clean our follower lists and also the list of those we follow. But that was during the heyday of the Steem blockchain. Since they used the Steem API and regular tools to scan and obtain all this valuable data analysis and statistics.

Well, none of these are still active and in fact they have already disappeared from the web and digital life online. I remember one of them went under the URL and domain name "steemit.deadfollowers.info" the other one whose web interface and other many additional tools looked very complete and promising was one under the URL and domain name of "www.steemspectacles.com"

There was also another website very, very complete with multiple and useful tools to dissect the Steem blockchain in various subjects of interest. And among these tools was also the function of snooping and managing your followers.

And I remember that initially the use of these services were free. Although after a short time its creator and developer had to charge a subscription to users due to lack of Stinc & users support. This one went under the URL "mysteemitfriends.online"

Unfortunately I can't remember the usernames of the developers of these websites. Otherwise, I would try to mention them and summon them here to find out what the fuck they are doing nowadays. Will they still be working on blockchain matters?

Luckily enough, apparently there are still a couple more websites online that also have a few useful blockchain tools that we would like to always have at hand. But that like the previous ones, which already disappeared in battle, they are only useful for the Steem blockchain at the moment.

In this case, I do know the username of these dApp developers. And for the same reason, I'm gonna name and summon them here to see if they are still around and we can know if they have some plans for Hive. The first one is @shaunmza. Who was/is the developer of the website under the URL https://steem.makerwannabe.com.

And the second one is @segyepark who also developed an amazingly useful website with a good bunch of unique blockchain tools and great services that I could never find available anywhere else. And they were certainly some of my essential and hidden weapons of mass destruction that allowed me to know many of the secrets on the blockchain that few knew.

His website goes under the URL https://tool.steem.world and is one where you could find any of your old and past posts and comments within the entrails of the Steem blockchain searching them by any keyword you like. Yup! wonderful.

But it is seen that even though it is still online, it is no longer useful even within the Steem blockchain anymore. Since apparently the new owners of Steemit changed the APIs and now this website has become unusable. Let's try to summon, recruit and hire to this presumably Korean developer to see if he is interested in developing and enabling these scouting tools for the Hive blockchain as well. I suspect that if we make him a good offer he will not refuse. };)

Last but perhaps not least. Maybe a couple of fun little online widgets that if I'm not mistaken were developed by @sircork and someone else. That at least in my case, they were always very useful to me to consult and then exercise my extravagantly Cranky Sense Of Humor in all its splendor.

The first is still available online and working. Obviously, exclusively for the Steem blockchain. Whose URL is http://steemit.serviceuptime.net/mute.php which was one of these missing services that always provided me with some laughs and funny moments. I really wish it was available for Hive too. :D

There is one which I reckon it is really very useful. Because it allows you to track, collect and list all the original posts that you have created on the Hive blockchain and then save the search results to your own local hard drive in a compressed .zip file. Apparently, their developers and contributors are @eonwarped & @helpienaut.

But since no one has celebrated or thanked them for their great work with this hive blockchain service. I think I'm going to keep the name of its URL only for myself. And thus have an advantage in some knowledges over you who ignore it. Hahahaha

Well, unless you have been bold enough to have read this post thus far and you are now too curious to know my secret weapons and really you'll be willing to ask me here below in the comments section the actual URL.

Ok, I think there have been enough secret dApps revealed today.

However, I want to ask you a trio of last questions.

Alright! If you really think it might be a good idea and worth trying, then leave me your comment below. According to your encouraging feedback, I will later evaluate to see what I decide. Because to tell the truth, it will always be tastier to feel free of pressure, work and unnecessary stress, you know?

Nonetheless, at least at this very moment I feel slightly willing to please you. But only if I can get a sufficient quorum of comments on this post to encourage me to even start thinking about it. ¿Have you heard me? Dear reader!! 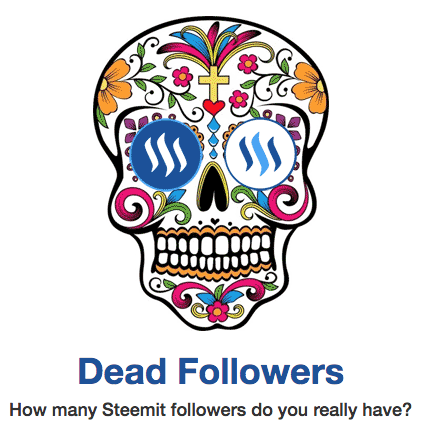 By the way. It's already 13:45pm UTC and I'm still getting the same fucking "Transaction Broadcast Error" message 12hrs later in the hive.blog UI. So it seems that these Hive Devs are kind of slow with their changes and glorious improvements to the platform. eh? ¡What the hell! ¡This is life! Huh? I looked at my followers list once, quite a long time ago. I didn't recognize the majority of them. I guess somethings you are better off not wondering about.