nealmcspadden in LeoFinance • 13 days ago (edited) 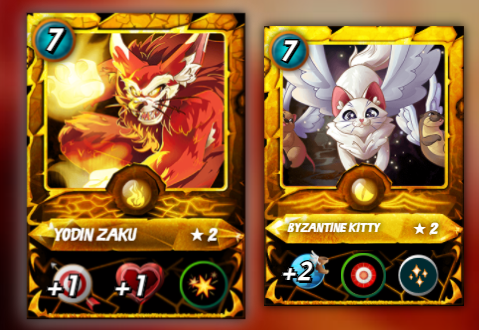 So if you tuned into my show earlier today I talked about how we now have a positive expected value on packs opened with potions.

I have a post from a month or two ago showing that we had reached the flippening if you had discounted potions (from quests and seasons chests).

Now we have reached the point where even if you buy potions, you still have a positive EV.

Naturally, I wanted to test this out myself. So I bought a 500-pack of Untamed, opened them all and checked the results in peakmonsters.

I bought 1,000,000 DEC for about 980 USDT, bridged those DEC into the game, bought the packs, and then opened them with potions I already had.

Not too shabby! One of the only times I can remember that I beat the EV.

I took a look at GFLs to find out why, and sure enough:

Two of the most valuable cards in Untamed!

Was your profit dependant on those 2 GFLs. If they'd been ordinary commons would you have made a loss?

Those 2 make up for a lot of the loss you've experienced in the past. Maybe not financially but that tips you out of the really unlucky club I think. 😁

They are the majority of the profit, yeah. I still would have come out ahead without them, but only a little bit.

do you buy some packs to save it for later? and sell it to a higher price? What is you opinion on that?

Personally, no. Selling packs after they run out has been profitable for some, but the volume of sales is too low for my liking.

Awesome! So is the plan to sell them, rinse and repeat?

I'll sell a few, but mostly this is for stacking.