Is EOS knights Dead? Where did it all go wrong? Is this a warning for HIVE?

I, like many other people played EOS knights and "invested" in it to promote my team be that through magic water, item or pet purchases. There isnt really any earning potential in the game other than selling your items in the market. I could guess that I had sold a maximum of 30 items and maybe made 1.3821 eos max. 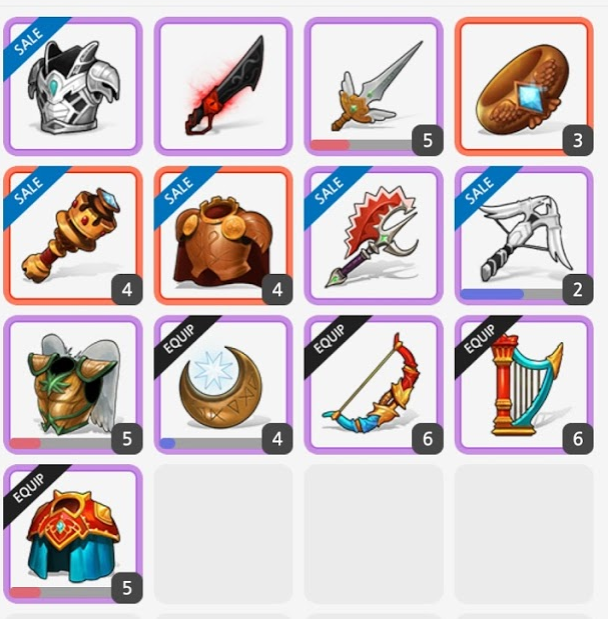 Then EOS became so congested that my CPU stake simply wouldn't allow me to carry out any transactions. even today looking at available nodes I can see that approx 1/3 of them are now not online. The remaining nodes have stupid long ping times which makes many parts of the game basically unusable. I had been unable to even get the game to allow me to claim my magic water from my village. Yep, villages, remember them? Only yesterday when I was chatting with some EOS heads in the Vigor telegram when they delegated me some more cpu so I could do some transfers on EOS. Which was very decent of them I must say. This then allowed me to get back into the game so I could see where I was at. I have several reasonably high value items attached to my players some could be worth up to 20 EOS, but will I ever be able to sell them? 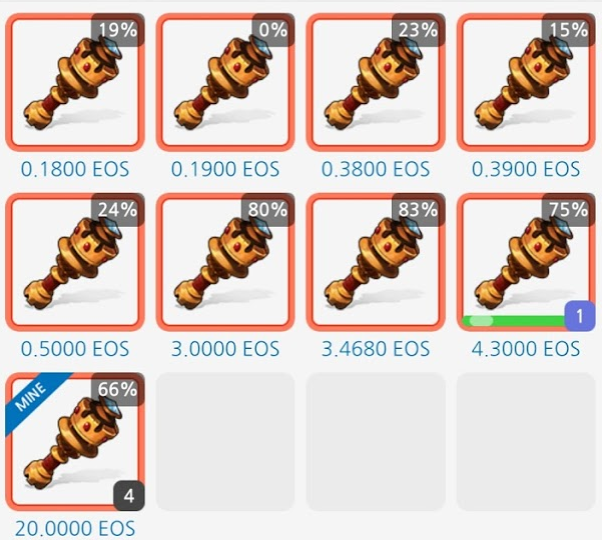 Probably not, I reached out to the EOS knights twitter also and still await reply.

So where id it all go wrong? Well, my thought is that the transaction times became unbearable for many users. Having to lock in larger and larger volumes of EOS into CPU co you can carry out a simple game transaction.

Is this a warning for hive?

Well, yes, but also, no. But why is this, I am asking so I can understand how Hive will overcome the issues seen by other chains in the past. With transactions on Hive being free what is to stop people building inefficient apps? or scaring new users away with the likes of resource credits? Are we all just pushing he inevitable down the road? Who is going to left holding the baby at the end? Do we expect new users to simply power up enough to keep up with?

So good nerds of hive, are we all doomed to fail?

EOS knights was a poor game from the off. Complicated to make any move what so ever. Slow and buggy. No incentive to play the game. I did try to keep playing it but was frustrated at every turn.

There are lessons to be learned but if the game had been built on hive with its fast free transactions there was far more chance of success. Every failure is another lesson to be learned. We could very easily fail but it wont be blockchain based. It will be due to the inability of the community to build useful and scaleable apps.

We are sitting on the best blockchain but if it is not utilized properly then it could fail just as fast.

Cheers Niall, I suppose the root of my question is what makes hive different, how can it overcome massive popularity. What technologically is different, how will it scale to take in millions of transactions? Rather than just kicking the can down the road of we'll overcome that when we get to it, I would like to understand how it will be possible. All this comes from me having a strong desire to understand the fundamentals of the chain itself.

Hive is getting less expensive to run. The next update (hard fork) is rather boring from a feature standpoint but much better in terms of functionality. This will mean that, over time, the ability to scale is greatly improved by laying the data down much better.

Also Hive does not have the smart contract at the base layer like EOS (and ETH) meaning it can run much more efficiently. This "specialization" opts for performance over the ability to service every application.

Awesome, so its a case that the data formatting/ compression is where Hive differs? Is there an upper limit on that scaling? Is it a case that the witnesses will just have to keep increasing resources in order to keep up with demand on the chain (should it come)?

Loads of questions I know but trying to understand fully where we could fall down like others have in the past.