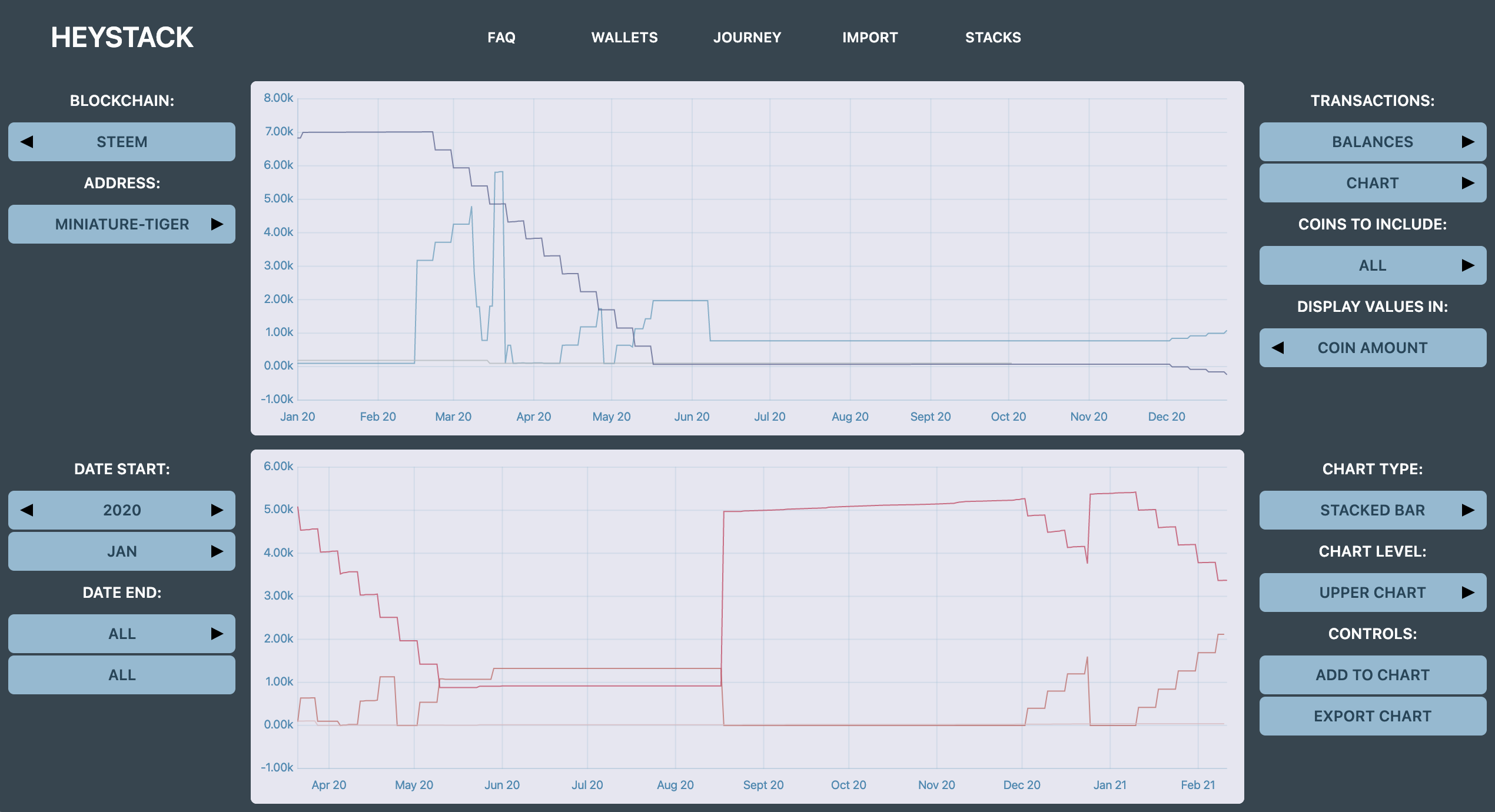 It's been a while since I made an update post about HeyStack. What with the festive season and then alt-season everything's been a little hectic. But never fear, I have been pressing on, even if it's taking longer than I would have liked!

For those who haven't seen one of these posts before, HeyStack is a Hive-orientated crypto portfolio tracker project. It was my entry to the STEMGeeks Hackathon that took place back in the spring. I am still working on it! Still!

Before Christmas I'd sorted out the coin price storage and added a new profit and loss chart. This left the organisation of "Steem" transactions as the last major area of work to put in place before the launch of the basic project.

Essentially the issue is one of overlap:

This situation is made more complex by:

Anyway, the solution is a little dull visually - no pretty charts this time - but it looks like this: 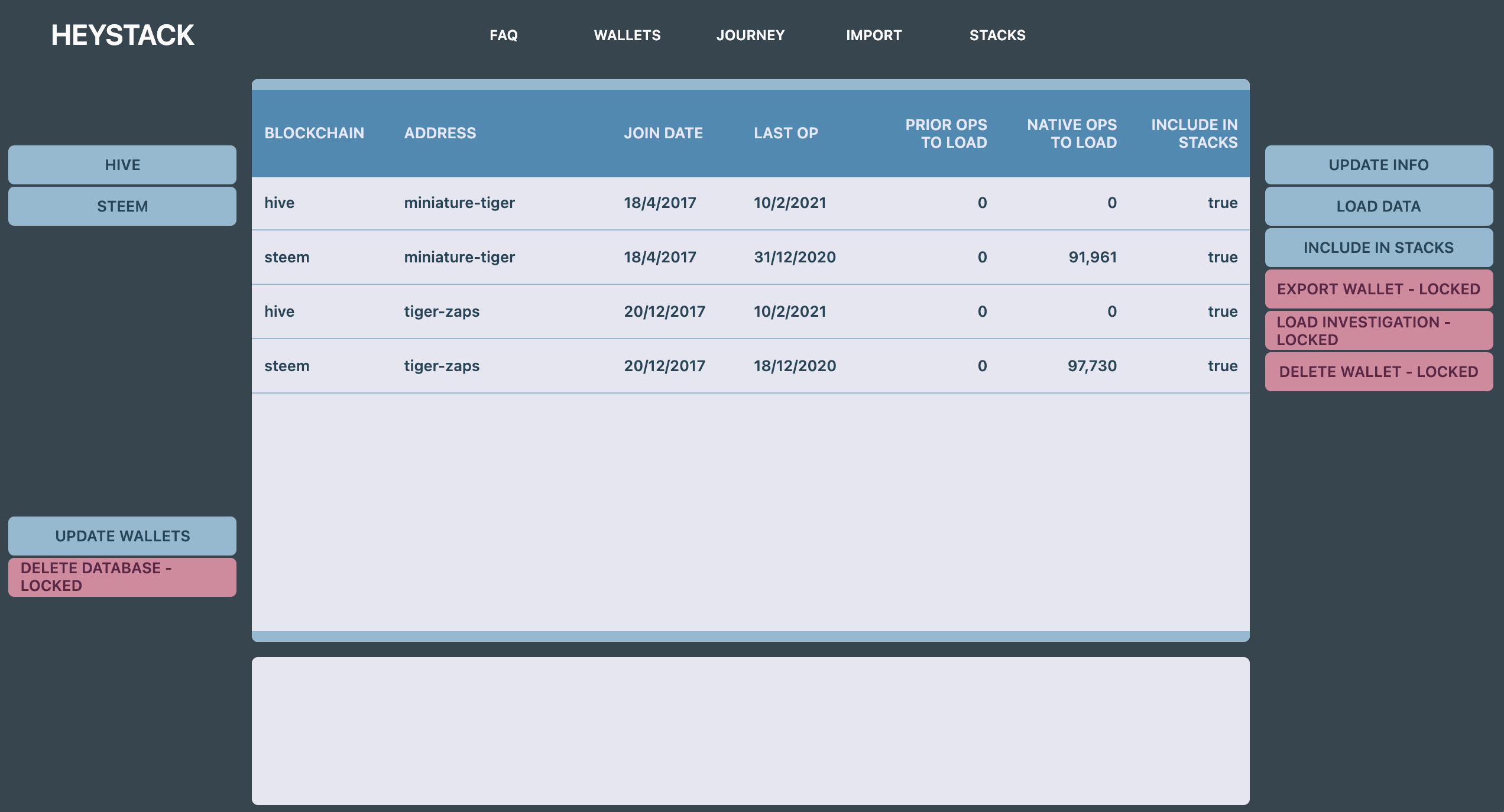 As you can see in the image this saves loading tens of thousands of transactions even on these fairly-quiet accounts.

So for these two accounts, for both Hive and Steem blockchains, the whole loading took around 5 minutes. And most of that time will probably be my slow internet. 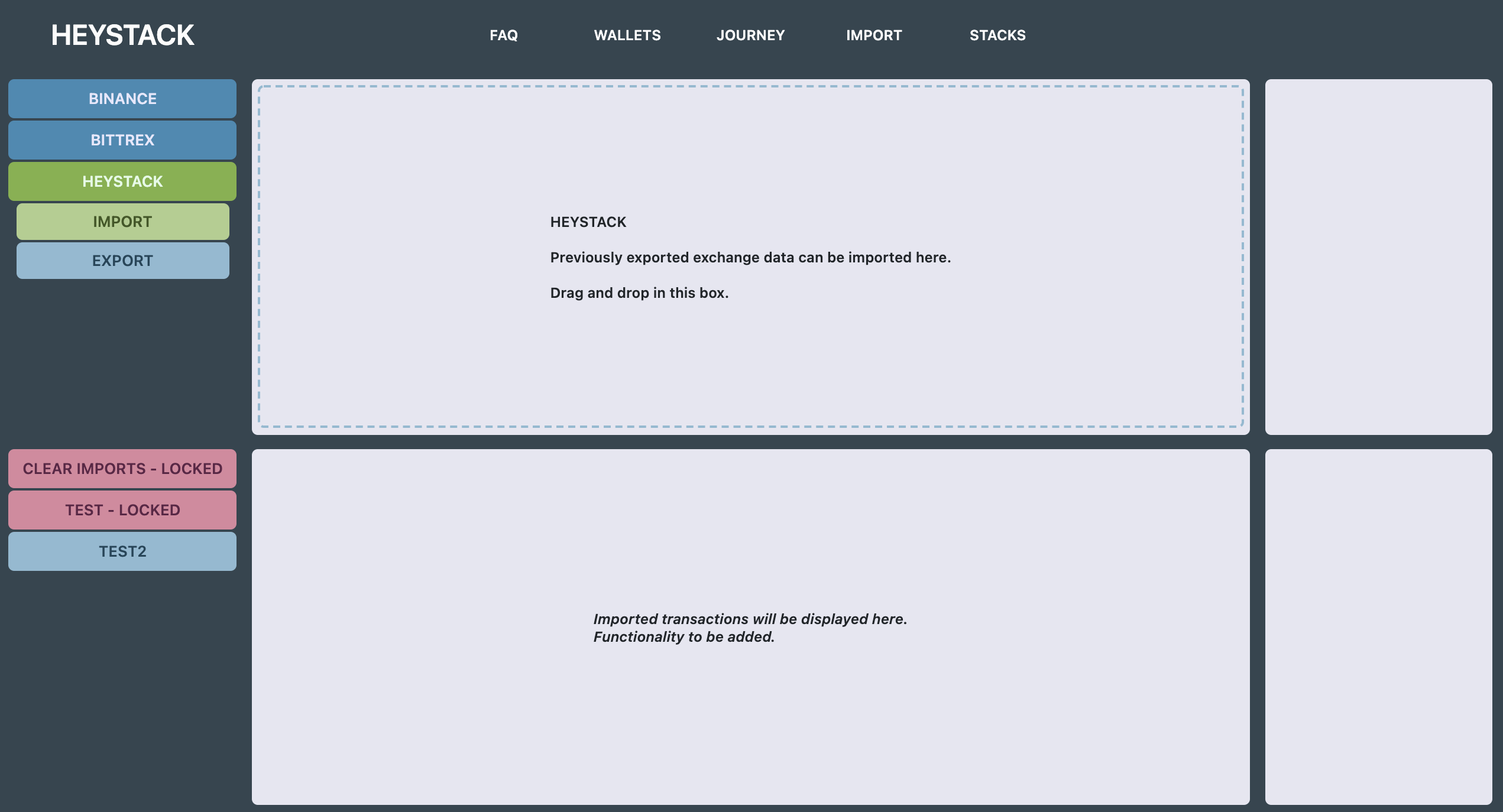 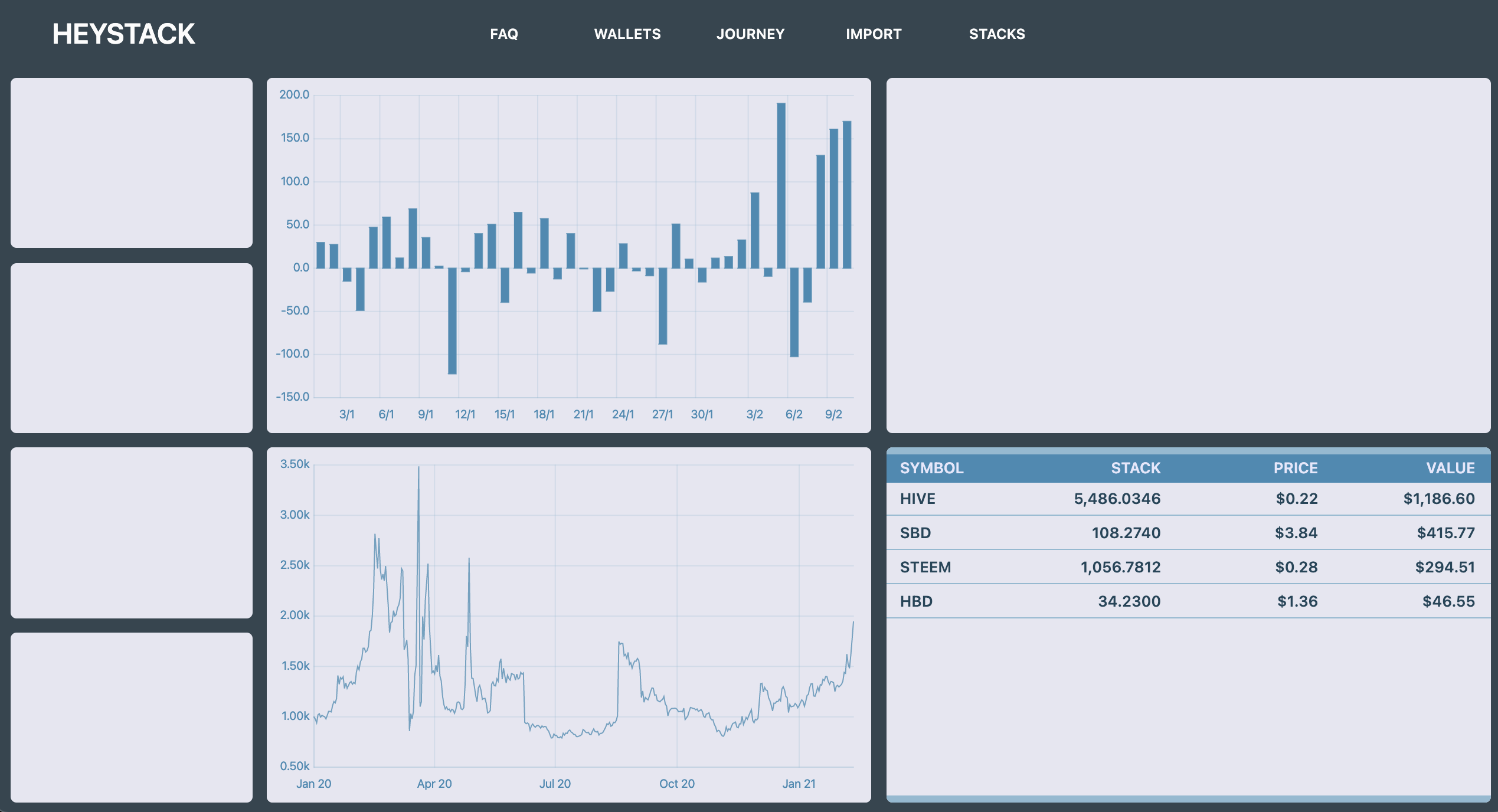 These are the four tabs of HeyStack:

That's it for today! My project is free and open-source (FOSS). It will be on github (once I've tidied it because embarrassing). If you like my project upvote to support it!