lenonmc21 in LeoFinance • 3 months ago 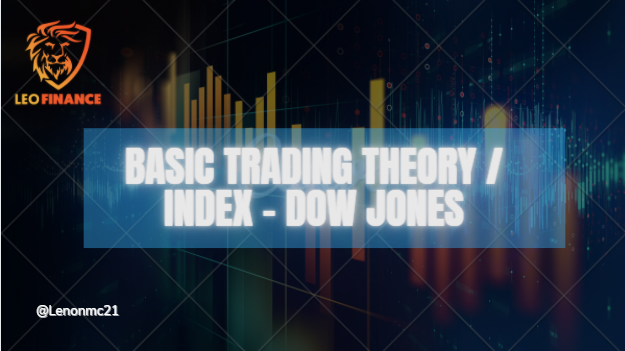 Unfortunately, newer traders do not know the simplest things about trading, they do not understand, for example, what is the difference between the words "Cryptocurrency" and "ICO". They don't understand how exchanges are organized and/or the concept of a stock index, which is completely frustrating or outrageous for them. When we start to educate ourselves there is so much information that we come from or get from the internet that many times we can collapse and in the end, we are taking the wrong or distorted information.

Therefore, I decided to launch this section called "Basic Theory of Trading", where I will talk, in the simplest possible way, about the details of our work as investors and Traders. So I see it appropriate to start with the indexes, where perhaps the most famous of them is the Dow Jones Industrial Average, which I will talk about in this opportunity.

What is the Dow Jones Index

The Dow Jones is not only the most famous U.S. market index, but also the oldest. It was developed in 1884 by Charles Henry Dow, an American financier and journalist for the Wall Street Journal. This explains the word "Dow" in the index's name, and where does the word "Jones" come from? - That was the name of Mr. Dow's business partner, together they founded Dow Jones & Company.

So what is the essence of a stock index? - A stock index is a basket that combines stocks of different companies. Initially, indexes were calculated as the arithmetic average of the share prices of the companies covered, but now these averages are divided into all sorts of ratios. We won't delve into redundant mathematics, just note that the index is something like the average temperature in a hospital.

In general, the basket of indexes is formed according to some specific characteristic, for example:

Dow Jones was originally only a "transportation" index covering the stock prices of nine railroads and two industrial companies, but later became exclusively industrial. At the moment, Dow Jones covers the 30 largest U.S. companies, including such well-known companies as Apple, Boeing, Coca-Cola, General Electric, Intel, McDonald's, Microsoft, Nike, Visa and even Walt Disney. In other words, the Dow Jones is an index of the overall activity of the U.S. stock market.

What was one of the most important Dow Jones events to date?

The most resounding glory of the Dow Jones index was "Black Monday" on October 19, 1987. On this day, there was a record drop in the index in its entire history of 22.6%. This event affected not only the U.S. economy, but by the end of October, the financial crisis collapsed stock markets around the world. This day was called a stock market disaster, where economists still debate the reasons for the collapse.

Some blame algorithmic trading for everything, when large orders are executed in parts using special algorithms, i.e. they are divided into several smaller sub-orders, which, on the one hand, reduces the risk of their non-execution, but on the other hand, increases the risks of software errors. For some reason, the algorithm may send sub-orders incorrectly at the wrong price, at the wrong time, with the wrong asset or without taking into account the execution of previous sub-orders.

Other experts believe that the disaster was caused by the inconsistency of the monetary policy of the G7 countries. In general, be that as it may, everyone suffered, and the expression "Black Monday" has become a household word and appears periodically in the media when bearish trends break out on the stock markets.

LeoFinance is a Blockchain based social networking community for Crypto & Finance content creators. Our tokenized blog platform LeoFinance.io allows users and creators to participate and share content in the blockchain while earning token rewards LEO.