Back to the Polkadot 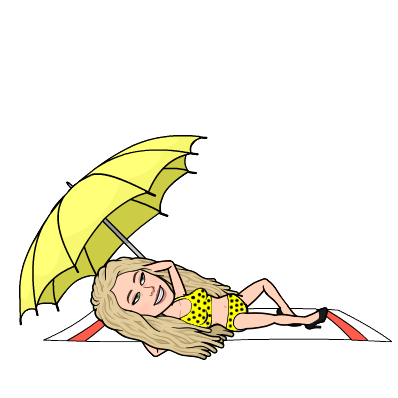 Before I dive into some promising cryptos being built in the Polkadot ecosystem, let's take a look at what the project itself stands for. I wrote an extensive blog about Polkadot about 5 months ago. So actually I don't want to go into that so deeply anymore.

For those interested, the Polkadot blog can be found here..

Polkadot was started by Dr. Gavin Wood, co-founder of Ethereum and inventor of Solidity, the programming language of smart contracts on the Ethereum blockchain. Frustrated with the progression speed of Ethereum 2.0, Wood started the Web3 Foundation together with Robert Habermeier and Peter Czaban. At the end of 2017, Web3 Foundation conducted an ICO based on the Polkadot Whitepaper. The Web3 Foundation then set to work with the proceeds from this ICO. Polkadot was launched in mid-2020. In short, Polkadot is an open-source sharding multichain protocol built on Substrate that allows the cross-chain transfer of data or asset types, not just tokens, making a wide variety of blockchains interoperable with each other. A very technical mouthful, but Polkadot distinguishes itself mainly on the basis of a unique sharding mechanism, but mainly because they allow different blockchains (cross-chain) to work together without any problems: interoperability.
Polkadot seeks to achieve this multi-chain interoperability through their unique ecosystem architecture, consisting of:

However, this is only the foundation of the Polkadot ecosystem. Again, for a more detailed description, see the blog on Polkadot.

Now about 5 months after writing this blog I would like to take a look at some of the projects that are now being built on Polkadot. Because it may be clear, the polkadot coin is booming this year, but can the projects built on Polkadot also get their share? And do they offer something unique?

The first project I would like to check out is:

Phala does this by applying TEE (Trusted Environment Execution). With this, confidential data, such as personal data, is carried out in an isolated and private environment and only shared with the authorized parties or individuals. A simple example of this is when Google wants to know how many daily unique users Facebook has in the last 100 days. Facebook does want to share this data, but is afraid that personal data will leak. Phala Network solves this by:

Okay, maybe a bad example because we all know that Facebook is the last to care about people's privacy, but I think the example is understandable in terms of what Phala can offer, and how Phala accomplishes this. And it makes it clear… Privacy is a keyword of Phala.

In addition, Phala Network distinguishes itself by focusing on cross-chain interoperability. An attempt is made to make it possible for organizations and persons with different blockchains to send data confidentially to each other.

The team working on this for Phala Network is not the least team. This team consists of experts in the field of software engineering where the Lead Developer of the crypto project was Senior Software Engineer at Google and is also the founder of Bitcoin Gold.

What is Phala Network?

Phala is at its core a cloud computing network. It provides computing power that is comparable to traditional online networks, but with a strong focus on privacy.

Phala Network is a parachain of Polkadot and therefore Phala can use Polkadot ecosystem infrastructure to achieve this privacy.

Gatekeepers are running nodes that maintain the Phala blockchain.

It combines both open source software to form a P2P network that is trusted, while containing a blockchain to ensure security is maintained. In essence, it offers the best of both worlds: the ease of use and compatibility of Web 2.0, and the security and confidentiality offered by Web 3.0.

Phala was the brainchild of four individuals. Together they have a wide range of skills and experience working in and outside the blockchain space.

Marvin Tong, who serves as CEO, previously worked at technology giants such as Didi and Tencent as Senior Product Manager. Thanks to his experience in strategy, he was able to lead the design of the trading strategy on the scale of million users.

As lead developer, Hang Yin can draw on his experience with Google, where he took on the role of senior software engineer. He was also the founder of Bitcoin Gold, and founded it and led its development.

Zhe Wang is the COO at Phala. His background includes working as the former CEO & CTO of Xiaohei AI Games & Haha AI Vending Machine. He has more than 20 patents, three of which revolve around blockchain.

Jun Jiang is Phala's CTO. He is the webmaster of RubyChina and the former CTO of KnewOne. Previously he also worked as a Software Architect at DJI.

What is the PHA token?

The PHA token is Phala Network's native utility token. Its uses range from management and payments to access to Phala Network features.

The token distribution is as follows:

What is PHA used for?

PHA is important to many stakeholders on Phala Network. The main focus, privacy and confidentiality, is based on the use of PHA. For example, it is the native token for confidential contracts and enables confidential computing resources such as CPU time and on-chain storage.

Importantly, it is a security guarantee that Gatekeepers must deploy to demonstrate their commitment to Phala. Those who break the rules or otherwise do anything malicious will be fined. Otherwise, Phala Network management relies on users who have PHA to join PhalaDAO.

Privacy is a very important subject, and has been in the spotlight to this day. Phala offers a transparent solution to an ongoing problem that many people care about. Being decentralized and confidential to the core, right down to the blockchain technology used, Phala is able to meet the needs of this growing audience.

Add to that a very talented team, a great community involvement and educational content being released, and lastly, the recognition that it is a part of the Polkadot ecosystem!

A general expectation is that Phala will continue to grow.

I AM NOT A FINANCIAL ADVISOR, DO YOUR OWN RESEARCH

Thanks for the detailed information of Phala Network (PHA), has led me to the conclusion that it is a project in which ordinary users are not interested, but as we know everything in cryptocurrency usually goes up.

Thank you for your comment, and of course it's your opinion, but I do think that the average crypto user should have the concerns for his / her privacy. And that's a reason for me to be interested in this Phala Network. Privacy is one of the big issues now, and it will be a much bigger issue in the not so distant future I guess. So I'm happy to see some coins covering this issue now.

Oh I will read those articles about projects on DOT with a lot of attention !
To be honest I never heard about PHA before today, thanks a lot for bringing it up.

You're welcome, and happy to hear that you'll be reading these articles with a lot of attention.

Looks like an interesting token. I expect privacy to be an issue moving forward and I like that they are taking a step before the entire crowd jumps in. I'll look into the token when I get time over the weekend.

Thank you for the comment, and I'm curious to hear your opinion after you've done your research.

This is another of those tokens that check a lot of boxes. I actually own some already so I'm happy to see you covering it. :-) With its current market cap around $80M I think this has a LOT of room to the upside. I'm content to let this one sit for as long as it takes. I think the tech is too good not to get recognized at some point and when it does, blast off. :-)

@dagger212 yeah there will be a blast off,there is more room for improvement and i believe the token will do better in the future

I agree. Just gotta hodl and hope it happens before the next bear market. :-)

Congrats on owning this token, and I do believe for this token to grow A LOT in the future. I don't know when, but the time for this one will definitely come

Polkadot ecosystem looks very interesting with so many wonderful projects surrounded by it....@lbi-token

It sure is a very interesting system, and it's not for nothing that it's called "The Ethereum Killer". Not sure if it will do that, but Polkadot, and the whole ecosysteem sure has a lot of interesting opportunities and projects.

Thanks for bringing this to the know. Never really about PHA before, seems like a good project with a great team.

Thank you. I think there are chances for this token to grow quite a lot ... but I'm not a financial advisor. It's just a feeling I have. So always do your own research.

Sure. Overtime I've learnt to do just. Thanks again

Sounds like an interesting network. Thanks for sharing with us:)

You're welcome ... glad you liked it

I hope that I don't make anybody jealous when I say this but I think the dotted swimsuit was really cool given the subject of the post :)

Lol, I think it's ok ... and yeah the dotted swimsuit was the only one to go with this post.

Yup ... polkadot is here to stay if you ask me. Not sure how it handles the fees but given the number of successful projects on their chain ... I have a good feeling about their whole ecosystem.

Hey, I bought some more LBI tokens before the airdrop happened today. Is there a timeframe to receive those?

Phala is at its core a cloud computing network. It provides computing power that is comparable to traditional online networks, but with a strong focus on privacy.

It is the time to free from centralized big tech that stored our data. They make money from our data privacy. Google ads algorithm use data privacy in the users search so that google make huge profit from advertising. In the coming years, there will be more dapps that will protect our privacy. Just wait the boom of crypto dapps.

In time there will be more apps. That's for sure. It's quite exciting to watch it all being developed.

Polkadot just hit $39.10. My prediction was hit, this is good investment.