knowhow92 in LeoFinance • 3 months ago (edited)

UTOPIS is a passive income token issued on HIVE Blockchain which pays its holders weekly returns in Hive just for holding UTOPIS in your wallet.

@Chronocrypto, the funder of this project just shared a juicy update regarding UTOPIS future plans and since many of you are holding some I decided to share the news for visibility. 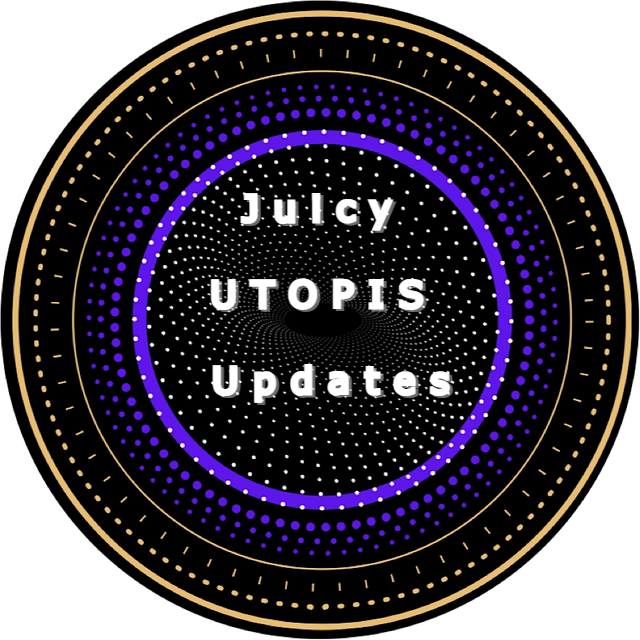 According to the latest announcement in UTOPIS Discord, looks like UTOPIS is about to give us holders back some crazy returns

Get ready to receive some sweet Hive-Engine tokens every week for holding UTOPIS. @chronocrypto already has a big stake in some of the most well-known tribe tokens on Hive so buying more of'em and sharing curation rewards is gonna make us all some really good money $$$.

Here is this weeks UTOPIS Payment

And here is last weeks payment

My weekly earnings have doubled and this means that UTOPIS is killing it! You see, @chronocrypto mines ETH and used that ETH to buy Hive and share it with all us UTOPIS holders.

With the ETH price and transactions going up, miners mine more ETH so more money flows into UTOPIS thus more weekly returns for us UTOPIS holders.

Oh, and also keep in mind the low UTOPIS circulation. Only 150,000k Utopis are out there so you might not wanna miss that boat

I've already invested a fair amount of Hive in UTOPIS but with these awesome weekly returns and news I just can't stop buying more and more.

In fact, I just bought 20 UTOPIS more and this officialy makes me a top 20 holder in the UTOPIS Richlist

Passive income is the future so I'll keep adding more and more legit tokens like UTOPIS and BRO to my wallet and slowly but steadily build my own passive income empire.

This is not a financial advice. Do your own research before investing

Thank you all for your support

As a full-time online hustler, supporting my content allows me to keep doing what I love.
Much love to everyone and always have fun.
@Knowhow92

This is really cool! Nothing like a little gains from a beautiful Income token! I love it!

@knowhow92! I sent you a slice of $PIZZA on behalf of @successchar.

So many tokens like the UTOPIS is a good token to invest on.l because its holders get to get good returns on their investment on the token..

Yep. Onwards and upwards and all that! 😂