gniksivart in LeoFinance • 4 months ago

I feel like the gaming community on Hive is large enough to easily support its own tribe, but for whatever reason, a solid gaming tribe has not emerged as of yet. I feel like this is a large investment opportunity and hope to see someone with more time and energy take this and run.

The tribe would need a unique interface with its own website. Something that would set it apart and appeal to the gaming community as a whole.

It would have sections for those who enjoy creating their own games, reviewing games, playing games, esports commentary, and blockchain gaming. It would be nice to have something like LeoPedia, but it could be kept up to date with the best game reviews, guides, upcoming games, and esports fan pages.

It would be fun to work with smaller gaming companies to help promote their games while at the same time promoting the gaming community tribe. It would be nice to set something up so that the gaming token could either provide 10% off in-store purchases for a set time or weekend, or you could use the tribe token to purchase a unique in-game item that could only be purchased with the gaming tribe token. It would be nice to see how this tribe could help bring in other games onto the Hive platform or at the very least see if we could work with them to make a smoother transition from Hive to their game. The gaming tribe could be a great place to help drum up excitement for upcoming blockchain games by providing reviewers with early access and advertising space on the game tribe's website.

I think more Esports teams should be involved in Crypto and rewarding their fans and what better way than being able to upvote fan art, commentary, reviews, etc. It could easily be set-up and managed for them, or they could be handed the keys to controlling it completely on their own.

Needs to be Done Right

I would have to talk to LeoFinance and see how their "Curator Picks" portion works, but have a feeling we'd need 5 - 10 dedicated curators who could spend the time picking the best of the best each day. While I feel like most rewarded is generally a good place to find good content, there is always great content that goes unnoticed on all tribes that would be up to the work of the curators to find. 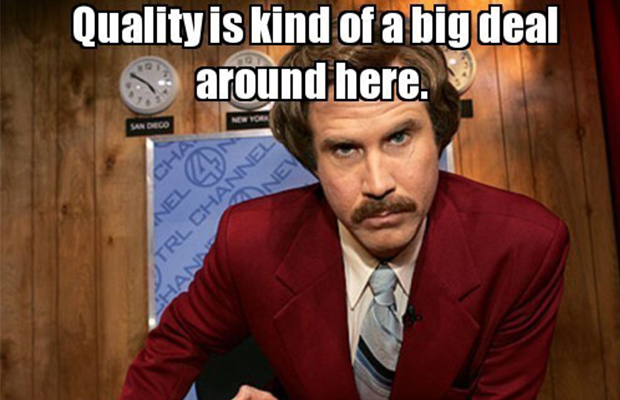 I think a liquidity pool or two would need to be created shortly after the release of the tribe to help create demand and a reason outside of curation to gain passive rewards. This gives demand for tribe tokens and helps to provide a market outside of Hive in which people may want to buy the token, if for no other reason than just to speculate.

Gaming market. I would need help to figure out what the final "product" would look like, but would like to have some sort of gaming market either for games or for nft related gaming items. The market would have to be the best of the best for not only Splinterlands cards, but also other Hive games goods and possibly experimenting with a way to integrate the market with other chains and games. Probably a longer-term vision, but something I would think would be possible.

A final and most important note is that this tribe would need unity to be the gaming tribe of Hive. I think this would be the hardest task to ensure that the investment is a success.

If you could get enough Hive Power backing the main account like LeoFinance has and the right people involved to promote and curate the content, then I think it's only a matter of time until you could build the gaming tribe from something good to something great.

Writing all this down makes me realize that much more the work @khaleelkazi has put into making @leofinance great. I hope to see a great gaming community one day and would be willing to invest some money to get it started, but until then I'll keep on dreaming.

Gaming is large enough I would want to see quite a few different ones.

There is battlegames which is primarily a gaming tribe that rewards battle tokens.

You also have Hive gaming community but no special kind of token.

There was Steemace but they closed down instead of coming over to Hive. Between the cost to relist on Hive Engine and the low value the token was I understood them not wanting to spend that kind of money.

I’ve been asked a number of times if I wanted to get involved in a few different gaming curation projects being worked on in the background. I did not want to get too involved in that short of thing so I turned them down.

It hard and quite experience to try and give a token value over the long run. You more or less would not have time for anything else. Not to mention you would be quite in the red for years if not a decade.

Most community leaders make next to nothing for putting in insane amounts of time.

Really all you need is a team to get it done. I just saw an announcement a few days ago that people are offering money to set-up tribes on Hive. They obviously want some tokens when you kick it off, but they're willing to front some/all the upfront costs.

I don't want to see different ones I want to see one awesome one that is done right and people that come together that build the value of the token by developing different use cases like Leo is doing.

I think the issue with the gaming community on Hive is it is so fragmented with different smaller communities.

The whole “we are going have a gaming token and you will be able to exchange it for games on steam” was already tried on Steem.

I don’t even recall the name of those people or project. That would be the place to start. If I recall they did some shady things and lost their trust with the community.

I don't think that's a good idea either. I don't know if I talked about it in the article, but it would be better to create an NFT somehow for the game or the game key.

It would be pretty cool if you could check that game or game key to see if it's been used or it gets deleted somehow once it's claimed.

Regardless I think the gaming tribe would be more successful partnering with blockchain games. Using the "gaming token" to get a unique Splinterlands card or 10% off purchases one weekend using the "game token" on Dcity I think would be the way to go. Figuring out how to use the gaming community to help advertise and promote blockchain gaming is definitely the better way to go in the short term in my opinion.

Outside of Hive there are very few blockchain games that even knew what Hive is. Even those that do almost none of them even want to post content here.

Until that change it’s a moot point.

For it to change more people need to be doing. Talk is cheap.

Agreed, but if you can say hey I have this community of x people that plays blockchain games, can we work some sort of deal where they get discounted products for one weekend or one day and we can make a post to help promote your game / product? It cost them nothing other than some profit and even if only 1% of people stay from Hive on the game they come out ahead.

You have to build relationships which is another thing I'm writing about now. Once that relationship starts, more people become interested in both projects and start to use both.

Other things you could do is have writing contests that could help smaller games get guides for free.

There are a lot of opportunities, it just needs the right person that has the time to bring it all together. It could easily become as successful as Leofinance if there was someone like khaleelkazi leading the community and people around to help make take it to the top.

After all there are a lot of leaders on Hive that are already driving different gaming initiatives at one time or another, it would just be if someone could help bring them together to grow a single cause.

I just don't have the time and energy to do something like that again. I got involved in too much and stretched too thin and super burned out.

I agree though, the only way something would change is if I did something about it, but this was more of a daydream post that I was just writing down thoughts.

I'm still chasing my dream of being a blogger/content creator :P