gniksivart in LeoFinance • 5 months ago

I've been seeing a lot of pessimism on Twitter lately about the possibility of not having an altcoin season this cycle. While I dismissed it at first, I think there is a very slight possibility that an altcoin cycle might not happen.

Bitcoin has been around for over 12 years now and is growing more and more mature each year. It has stood the test of time, been through a "civil war", and has more and more technologies being built around it such as the lightning network.

While I think most of the top investors would still consider Bitcoin a risky asset, it is the safest asset in the crypto market. Ethereum, which in my opinion is the second "safest" asset, has only been around 2015. Ethereum has also gone through a a fork after 50 million in funds where stollen.

I would assume it's even less likely that these funds will chase some of the mid and small caps as well. As is explained in the above video, Bitcoin could perform so well that it actually just continues to cause people to sell more alts for Bitcoin. No one can be sure so I am just planning accordingly.

The narrative for alt season has always been that as Bitcoin goes up, retail investors will take profits into alts to diversify and protect their gains. With the growth of stable coins in number and diversity, some are now saying that people can now just hedge straight into a stable coin, even if they don't like USDT. 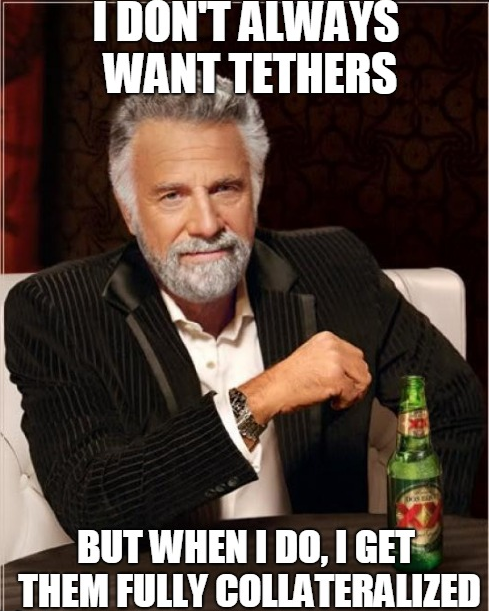 To take it one step further with the growth of centralized finance such as BlockFi and other decentralized platforms that you can earn interest with your Bitcoin, why would you buy a staking altcoin when you can just earn more Bitcoin off interest from your Bitcoin.

In the last bull market, I heard a lot of people were using Dogecoin and other alts to transfer crypto from one exchange to another. Why? Because it was fast, cheap, and was listed on most if not all crypto exchanges.

I'm not saying we're at the point where Bitcoin can be used as an economical way to transfer money from exchange to exchange, but at some point in the future, I think we may be at a point with lightning where you can transfer Bitcoin from Coinbase Binance in a few seconds and it will only cost a few cents. Once again, I'm not saying Bitcoin will destroy all other crypto, but the currencies that are only popular because they are fast and cheap won't have a use case the more the technology around Bitcoin is built up and integrated into the network and layer 2.

I started this post a few months ago and obviously, it hasn't aged well since but decided to finish it anyways. I'm sure I will get some comments that don't read these last few paragraphs but decided it's work publishing anyways as a thought experiment more than anything else.

I'm definitely not a Bitcoin maxi, but every year I'm trying to finish the year holding more Bitcoin than I did the year before. To ignore all the talented developers working in the Bitcoin space is a mistake and yes Bitcoin may not win in the long run, but I'm planning that we're at least a decade out from a project overtaking Bitcoin as the lead crypto. Ethereum has a good chance, but it's still too experimental and has too many upgrades that are planned in the near future that could blow up the network or at least set it back a few years to take that lead anytime soon.