It's happening! Tiny upward breakout of Flag in Hive-USD!

I've been watching Hive-USD all day, thinking it's making a Flag...well, first a Pennant, and then it turned into a flag.

Now it's finally breaking out! 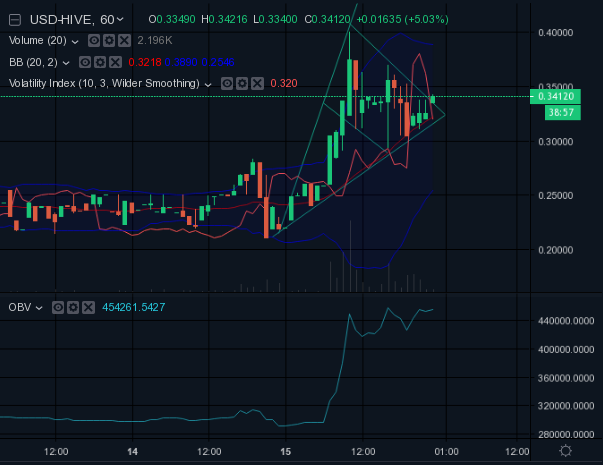 And then as I type this...it turns into a dumb little red tack. Fucker better not be faking it! I'm betting heavy on this going a lot higher.

Come on baby! Show me that green! 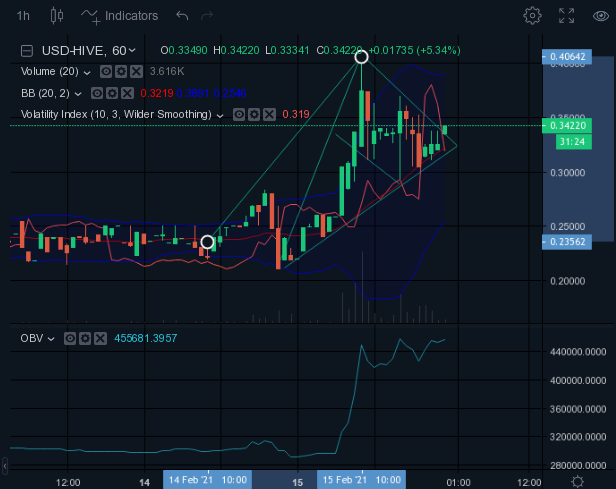 We're just a few dimes from a new ATH! Lets get there!

Okay, I know this entire post is shit...but seriously, that sure as hell looks like it's about to fucking explode.

Not trading advice! Be responsible for yourself and your own money!

Edit: WTF was that? The second it gets out of the flag it does a momentary crash?

I actually earned $16 from the Hive I picked up in that crash because I still have lower buys.

I guess I got my wish to buy in a bit lower...but WTF!

Edit: Guess a Paper Hands Mario was afraid it was gonna go back to the previous price and dumped their Hive. 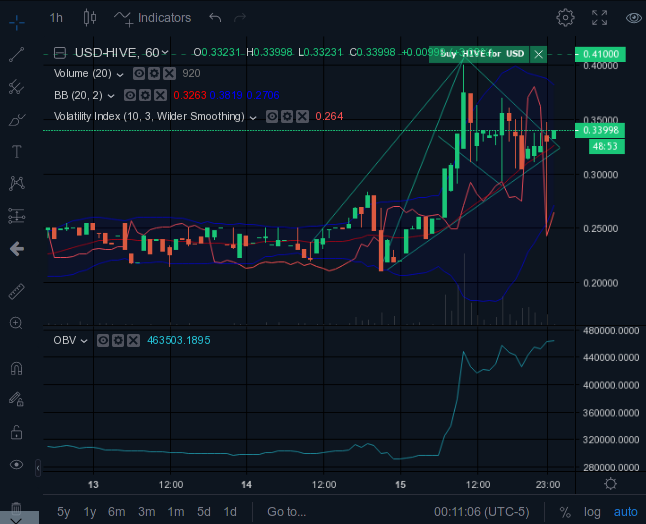 Oh well. Still going up. Sucks for them if it moves like I think it will though.

Edit: I honestly have no idea what to set for my sell targets.

I actually had to go all the way back to the beginning of the chart on Bittrex. I used the order book and that for the placements. I honestly think it might hit a new ATH though...so I don't really know.

Too conservative and it ends up going up faster than they're places and shoots right through them.

Too lofty and it may take forever to reach them.

After consulting the order book and the chart...I kinda think my current placements sell too much too low.

Edit: And there it is! 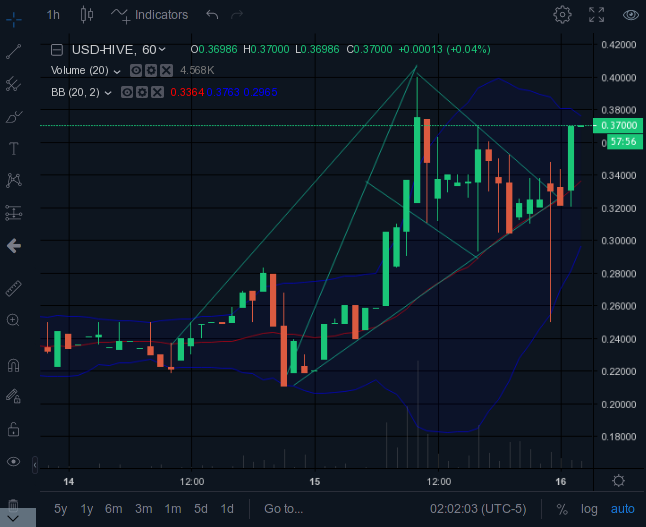 It actually maintained it's position and opened the next candle at the top!

And I've already made up all my value back to before I bought Hive to power up my account to 3k HP and get some alts.

Trading smaller coins is so much better than BTC.

Edit: Currently fantasizing that the guy moving around the 42k hive buy order is the same person that sold around 40k Hive while Hive was trying to break out. Was afraid it might keep the breakout from happening, but the market ate it for lunch.

Edit: Huh...turns out it was a Symmetrical Triangle Pennant. Volume is way down. No one wants to sell jack shit, and I spent like 20 minutes trying to set orders around annoying fucking bots moving around orders of like 7k hive.

I'm currently debating setting my alarm for an hour at a time so I don't miss too much and can constantly adjust orders.