It Bitcoin about to pop off to new waters? Perhaps 50k+?

Well, we may just be about to see, as BTC made a Symmetrical Triangle on the BTC-USD chart! 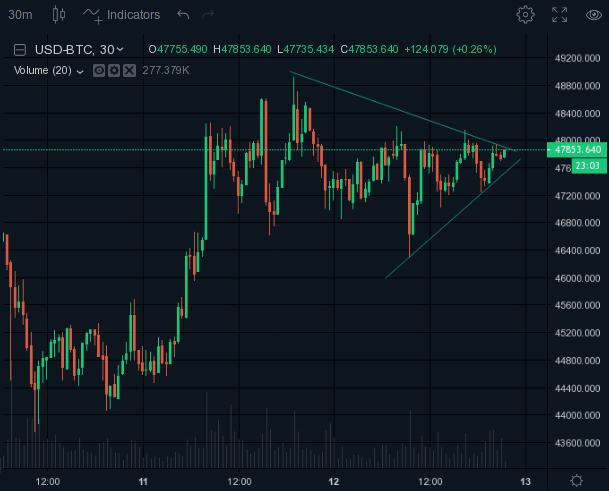 That's at the top of the chart, after a pretty big runup to 49k.

Is this it? Or am I misreading things?

It's breaking out as I write this. We're about to see!

NOT TRADING ADVICE! Educate yourself and be responsible!

Don't put all your eggs in one basket!

Edit: Now that the chart has moved a bit more, it seems even less clear to me. That may mean I was actually completely wrong.

That appears to be an ascending triangle at the end of a downward channel.

But what's more, is that the channel kinda looks like a massive flag.

This might be either a huge win to trade on, or a huge loss.

Edit 2: Here's the chart of the recent movements in larger context: 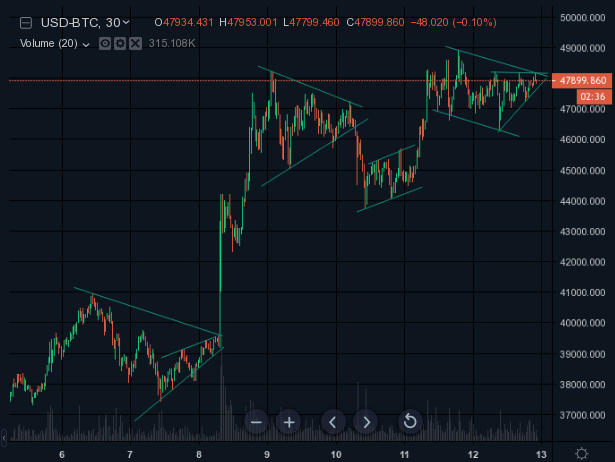 You can of course look at the chart yourself and make your own determinations.