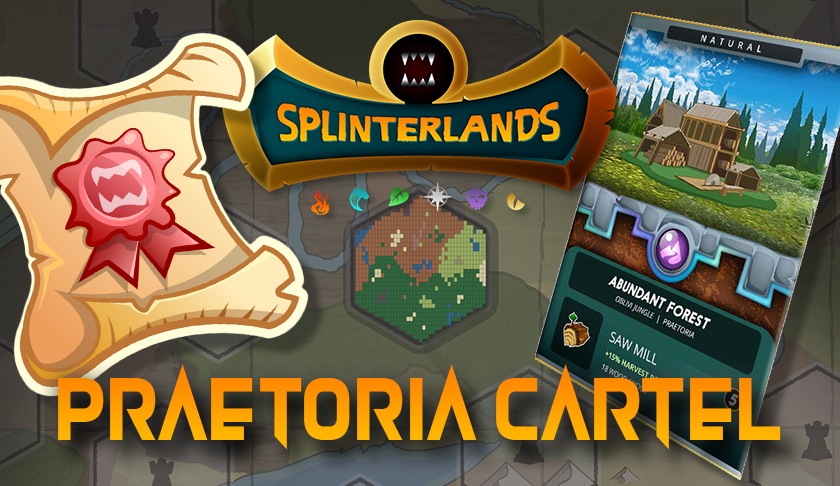 Splinterlands is preparing to send expeditions to the land of Praetoria. The majority of regions on that continent have already been claimed by wizards, warriors and warlords. The remaining land is quickly running out and many brave explorers ask themselves how to get their hands on the riches of that new frontier, without becoming a gold digger themselves. It is a dangerous and expensive endeavor to become a pioneer oneself and not each land plot will reap the same benefits. Who is deemed worthy by the chaotic RNGods to get access to overflowing Magical and Occupied land?

Praetoria Cartel To The Rescue

​
This is why the Praetoria Cartel has been formed. Its mission is to purchase one or more regions on the land of Praetoria and farm its resources to a maximum extend. To accumulate enough funds for one region (or more), the CARTEL token has been created. All interested investors may join the cartel by purchasing CARTEL tokens for $1 = 1 CARTEL, until at least $15,000 USD has been collected for the purchase of 1 Region with Dark Energy Crystals or Credits.

Any further funds will be used to buy additional Regions, if possible. A maximum of 75,000 CARTEL will be issued (5 regions max) and all CARTEL tokens that haven't been sold after the land expansion is sold out on the Splinterlands website, will be burned. No CARTEL will be given out for free, not even to the operators. Every single CARTEL in existence will be backed by $1 in assets, which will grow in value over time through reinvestments.

The land will be owned and managed by the cartel and hosted on the HIVE account @praetoria-cartel. This will keep all land plots within the region together and no land plot will ever be sold. All CARTEL stakeholders get paid 50% weekly dividends from the yield farming rewards as well as items & spells production sales. 40% is reinvested into the region in form of building, upgrading and maintaining buildings on the land plots, buying/renting monster workers and totems as well as purchasing missing resources for spells & items production. The remaining 10% is going to @praetoria-cartel as an operators fee.

To increase security for the stakeholders there will be a backup access to the @praetoria-cartel account that is yet to be decided upon. The recovery account will be set to @splinterlands, as a further security measure.

The Splintershards (SPS) airdrop will include land ownership and hence affect the Praetoria Cartel. SPS is shared in a similar way as all other reward shares: 50% of the received SPS will be sold for DEC and paid out weekly to stakeholders, together with the other dividends. 40% of the SPS airdrop will be reinvested (20% SPS will be sold on the market for more funds to increase land production and 20% SPS will be staked/kept for the upcoming land expansion rewards. The remaining 10% SPS will go to @praetoria-cartel as an operators fee. Any potential further SPS rewards beyond the initial airdrop will also be shared in that way.

Since SPS will be a Binance Smart Chain token, paying out SPS to CARTEL stakeholders directly would be complicated although not impossible. Selling it for DEC will simplify the payout process.

Being a CARTEL stakeholder will give a multitude of benefits: 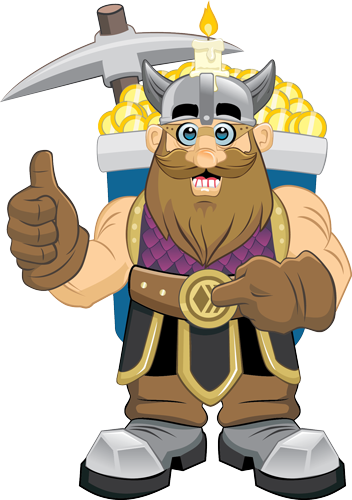 There is no guarantee that either Splinterlands or its land expansion will be a financial success. But the past performance of the game as well as the growing crypto gaming in general and Splinterlands ecosystem in specific indicate a promising future for the Praetoria Cartel.

The Praetoria Cartel will be operated by myself (@flauwy), with the potential for further operators down the road. 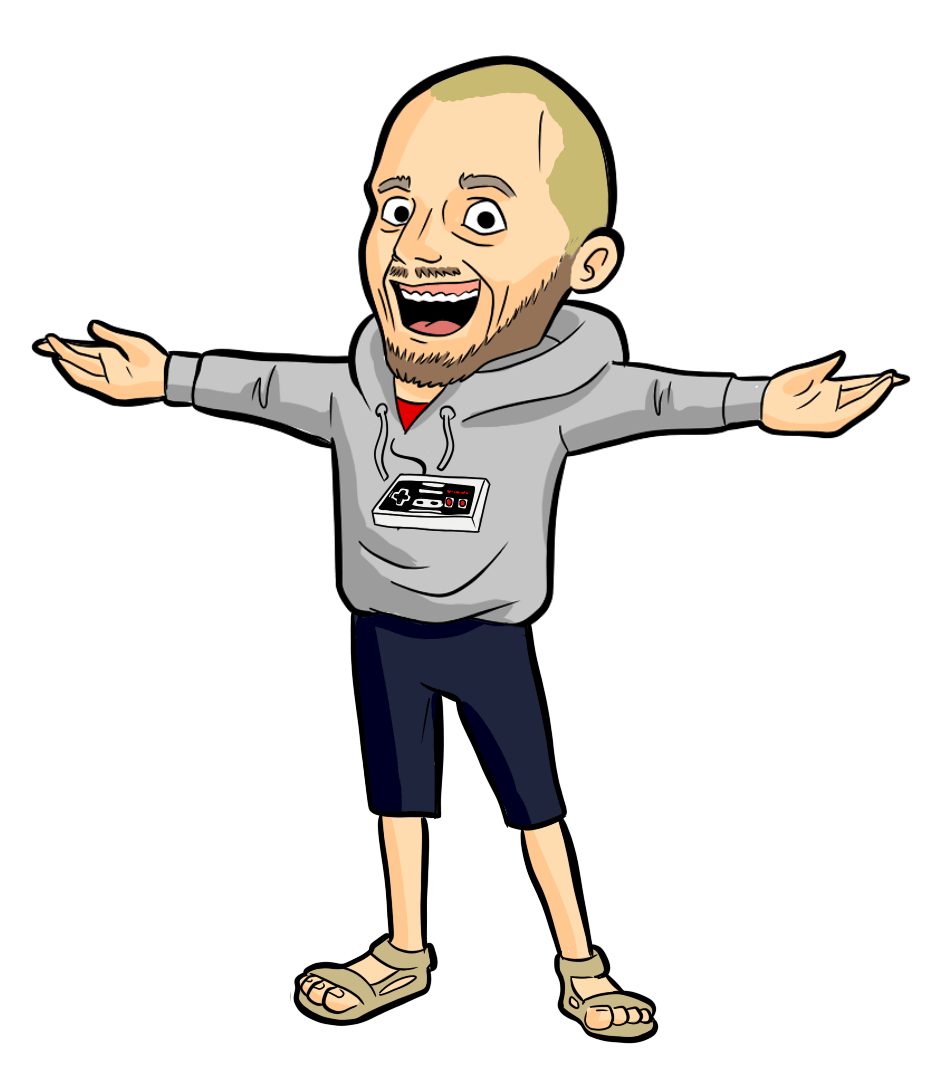 I have been an Alpha investor in Splinterlands and own a nearly complete and max set of all Splinterlands cards (with a few exceptions of some ultra rare cards). Further, I am running the SPT @monster-curator service and am the third largest SPT (Splintertalk) holder myself. Finally, I am one of the few Boss Monster perk owners from the very first Splinterlands Kickstarter campaign, which hopefully one day might find their way into the game.

Besides all of that, I have over thirty years of gaming experience, with economic games being one of my favorite game type.

Bonus Features For The Cartel

To get things started, I will delegate my gold foil card collection as monster workers to the Praetoria Cartel for the first three months after the land expansion launch. This will be a massive boost for the stakeholders, as these cards will be among the very best workers that can possibly be recruited. This includes decently leveled Alpha and Beta cards and even some leveled summoners.

The total value of these gold foil cards is currently nearly 15,000 USD (ironically the value of 1 Region), with 3.3 million collection power.

After the three months, I will either undelegate my cards again or rent them to the cartel for average rental market prices.

Another bonus feature will be the regular high quality Splinterlands content that will be produced on the @praetoria-cartel account. The account will accumulate SPT (and other tokens, which will be sold for SPT). The SPT will be staked on the account and delegated to @monster-curator for regular SPT payouts, which will be compounded. The more SPT is staked on the account, the higher the SPS airdrop will become, which directly benefits all CARTEL stakeholders.

To guarantee a $1 price for each CARTEL token, you will not be able to purchase the token on Hive-Engine directly. Send any amount of HIVE or HBD to @praetoria-cartel and you will get the equal USD amount paid in CARTEL tokens to your HIVE account AFTER a region has been purchased. The first region will be purchased as soon as enough funds are raised ($15,000).

HIVE and HBD will be sold at market price when enough funds for a region have arrived. If HIVE/HBD move up or down in value in the meantime, you will get accordingly more or less CARTEL! If you have send your funds after the first region has been funded, you will have to wait until the next region is being funded, before your CARTEL is being issued.

For each 1 Region the Praetoria Cartel will issue exactly 15,000 CARTEL tokens. CARTEL tokens will have two decimals and will be rounded up or down accordingly when issued.

I (@flauwy) will commit to the first 1500 CARTEL myself for the same conditions as everybody else and add another 1500 CARTEL if we get to a second region. It might be more than that but I have to see if that works with my current budget.

In case the land expansion sells out faster than the Praetoria Cartel can raise funds for at least 1 Region ($15,000), the cartel will refund all investors 100% of their initial investment. All additional funds will be collected to purchase additional regions and also happen as soon as enough funds have been gathered. There will be no single land plots nor Tracts claimed by the Praetoria Cartel.

All additional HIVE/HBD funds will be refunded entirely. Any remaining funds that might come from saving by purchasing a region with cheaper DEC or by getting a payback from Splinterlands for buying with Credits, will be stored and reinvested into the cartel for the benefit of all stakeholders.

The Praetoria Cartel will keep meticulously track of all funds created, held and reinvested into the game. All stakeholders will be able to vote on proposals to change dynamics of the cartel based on their CARTEL tokens.

Things that stakeholders can influence for example are how reinvested funds are being used, what happens to resources as well as crafted items and spells, if and how monster workers will be bought/rented and how the cartels growing SPS stake is being used.

Excluded from these proposals will be the token distribution of 50%/40%/10%, which is a fixed value to guarantee all stakeholders and operators a pre-defined share and project growth forever. Also, selling any land plots will never be an option for the cartel and is hence excluded from any governance votes.

The exact governing mechanism has yet to be created but will likely be more in favor of smaller stakeholders, to avoid large whales dominating the governance.

So, this is pretty much it. I am sure there are still some questions. Please feel free to ask them in the comments, including your thoughts and suggestions.

Can you give me an idea of the numbers? If I wanted a 1% share say, at today's prices, how much Hive/HDB would that require.

That would give me a ball park figure to start thinking about. 😊

at today's prices, how much Hive/HDB would that require.

If I didn't already own my own tract I'd have bought into this. Good luck with your project and I hope we're neighbours :)
It looks like there's about 1000 plots being sold daily now with only 20,255 plots left.

Thanks, see you in Praetoria.

This sounds like a great project. Help me understand a little more. If I have 20 HBD and send it to @praetoria-cartel account, I will get 20 CARTEL. Owning that will give me benefits of dividends once land has been released?

Yes, correct. 20 HBD should give you about 20 CARTEL. Dividends would start soon after the land expansion starts. However, CARTEL owners might vote on a period in which dividends are held back temporary to compound faster, something that has happened to the LBI project.

Cool, thanks for confirming.

The process of acquiring is as simple as sending HBD to @praetoria-cartel account. How simple is the disinvest process?

As soon as CARTEL is being issued, you will be able to sell it on the Hive-Engine market. Since CARTEL is giving ownership over land and a regular income stream, it will find an appropriate market value eventually. Before the game expansion launches, the token price might not reflect its true value though, because dividends will not have started yet.

Great Initiative @flauwy, I might get in on it if managing the plots I currently own ends up as a daily obligatory task. I have no doubts the praetoria-cartel will be run properly similar to the other projects you are running.

Thank you. I am thinking about offering a managing service for land owners outside of the cartel as well and put part of that operating fee back into the reinvestment of cartel assets. Could be an interesting way to grow the cartel further.

Great Idea, I'll likely invest and become a small fish in the praetoria cartel. I know I'm not likely to keep up with my own land but one that is managed via someone else sounds like the right fit for me.

Awesome. Hive price fluctuate daily. Can someone buy cartel using DEC? as it is pegged to 0.001$ and splinter lands also accepts it as it is in payments.

I would accept DEC but not as a pegged token. DEC fluctuates by the day. When we buy the region, any DEC that has been paid in will be swapped at the market price in that very moment. DEC may or may not be worth its soft-peg at that moment. However, considering the massive demand on DEC right now because of the SPS airdrop, DEC might actually be more stable than HBD.

When we buy the region, any DEC that has been paid in will be swapped at the market price in that very moment.

Why would it be needed to swap DEC at market price when region can be bought with DEC as well. DEC seems better choice as splinterlands accept is as soft peg and whatever DEC price will be, game will accept it as 1000DEC 1$. So we get the region for 15,000,000 DEC, no matter what DEC costs.

It doesn't matter anymore, the project is cancelled!