My wife bought more BTC and I could not

felander in LeoFinance • 5 months ago

I have to be honest, she is actually gaining on my what bitcoin is concerned.

I have been buying BTC in small bits for a few years now constantly dollar-cost averaging in.

She does it when she has a bigger chunk of cash available and then tells me to buy it.

I am just glad I have been able to convince her of the virtues of at least putting some money in the system and to get off 0. I have explained Crypto and Bitcoin all too many times over the last 4 years.

And as of December she has been asking more and been getting more interested since the number on her Blockfolio app has gone up significantly. 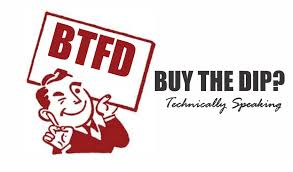 I am just happy that we as a family are both happy with BTC and convinced that the tech is worthwhile. Hopefully, this will allow us to retire in style in 20 years from now.

Since I have no spare cash I took a small allocation and took out a small 5x long with a liquidation price of 16k. If Bitcoin were to hit 16k I am taking out a massive loan and going all-in anyway.

So She stacked some Sats and I hope to be adding some as well...

It's weird how this drop does not bother me anymore but neither does the rise. After having been through one cycle its a lot easier to deal with FUD and FOMO

Your wife is super cool. Ive been trying to educate my best friend about Bitcoin, she sleeps off half way😣

yea, she does get the gist of it but all the technicalities she leaves up to me

Perfect match isn't it! I wouldn't even mind that at all.

I have an ex who is from a rich family, while I'm not from one, I work hard, I have ideas and I know stuff, I used to tell her about this crypto thing two years ago, she never took my word for it, my knowledge coupled with her funding could have made us independent and rich by now, but she never believed me.

So it means a lot that ones partner believes in the other. It tells on a lot of things.

Well, I'm in a much better place now and I'm grateful. If she still wants to know about it, it will be my pleasure to tell her.

Cheers to you, your wife and your investments, wish you all the best

happy to hear you are in a better place now

@felander, Then this is crypto family story. 🙂

Good wishes from my side to both of you. Stay blessed.

yes, I got my parents to buy some as well so the crypto family is growing