Why I love Banano, a coin I bought for community not whitepapers

Ok first of all I am not a big Leo writer, I tend to not think I have a deep enough understanding compared to most here to charge in and start talking all things crypto.

I wrote in a comment explaining why I like Banano and that I was not confident posting but someone encouraged and I am a sucker for peer pressure so here we are! 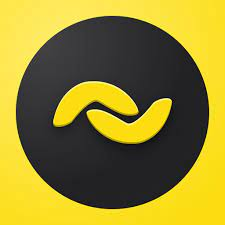 Ok let's go techincal first:
*It is a fork of nano so some proven tech ( shh let's not talk about the dust attack)
*It is fee less
*It is fast
*No staking, which can be nice in this modern staking world

Great things right? However, I am sure there is better out there. What I really love is the strong community out there. This community is based on being silly, making memes and acting like apes.

For example, there is a discord community called the jungle https://chat.banano.cc/ this thing is the silliest fastest discord you have ever seen, currently 3,5000 people online at the moment. Also, there is a huge tipping cultural there, with good content, or stupid content, getting tips. The Mods like to swoop in and do random banano rains and tips of banano which helps a lot too.

They also have competitions for citizens, which you can become by being active, the last was was the Grammys nomination night. You fill in the nomination form and win Banano for correct answers, they also hold a grammy night with prizes and quizzes.

The Reddit community is also very strong, every meme heavy and also gives out a lot of prizes.

I have also be drawn in as well! I have collaborated with some people to create NFT giveaways and some other art pieces which are used for quiz prizes. 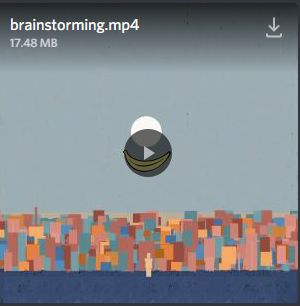 One of the other great initiatives is Fold @ Home, which I have written about before but lets you donate your CPU time to science and Banano will pay you a small amount in Bananaos.

Basically, I buy a lot of coins for whitepapers, for the use case, for profit. This one I just like, the community is behind it, spreading the words and being just nice to everyone. Plus it has 4x in the last month :)

Also, bonus, if you get a Kalium wallet you get a cool monkey avatar, I am a sucker for peer pressure so here we are!

haha, thats a tough one to admit but so am I. Btw congrats on getting noticed by the big neoxian himself, he is a real og.

Sounds interesting this monkey community. Hive is often so serious and a lot of drama between the users, would be nice to be part of something more positive. Where can you buy/sell banano?

So some exchanges have it but none I use, I tend to go with https://bnswap.xyz/ when I can get nano working.

I know I was surprised to see Neoxian on here!

I love banano too. Such a great community around it and at least the folding makes sense... the computing power goes towards a good cause.

Buying it on CoinEx is also fairly easy with no verification required below 2 BTC i think.

Will have to get on coinex, thanks for the info! I love the banano community

I haven't really looked into it much but I do have a few Banano NFTs from mining in Alien Worlds. Is there any benefits for holding banano?

It's capped, feeless and fast that is the main ones for me, useful as "cash"

Pirateachain discord is super generous with tips also. I got over $100 in a couple weeks.

Thanks see you there arrrr