@ervin-lemark 74
about 2 months ago
LeoFinance

I guess that in the last three days there were many $SPS related articles. Since I was away and mostly offline I didn't follow what was going on. I didn't even remember the date when $SPS airdrops will start.

The reminder came indirectly. The airdrop start coincided with Hive-Engine witness node upgrade to version 1.5.0. There were some issues after the upgrade which were probably related to the substantially increased blockchain traffic.

Things are running smoothly now, I m at home for one night so I have time to make my first claim.

The situation before the claim is ... 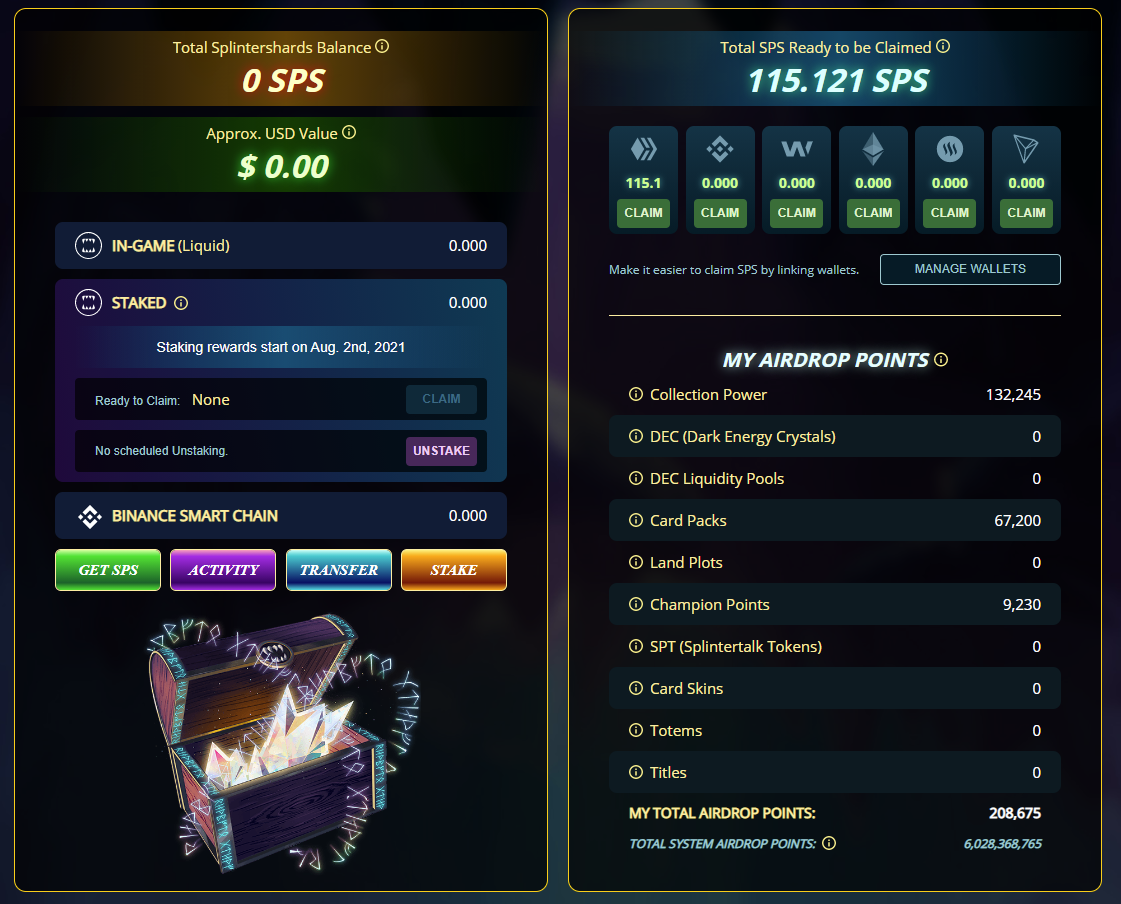 Since I was selling my cards lately the Collection Power doesn't yield much. It helps though that I have a bunch of unopened packs. I didn't know that I have any Champion Points though. 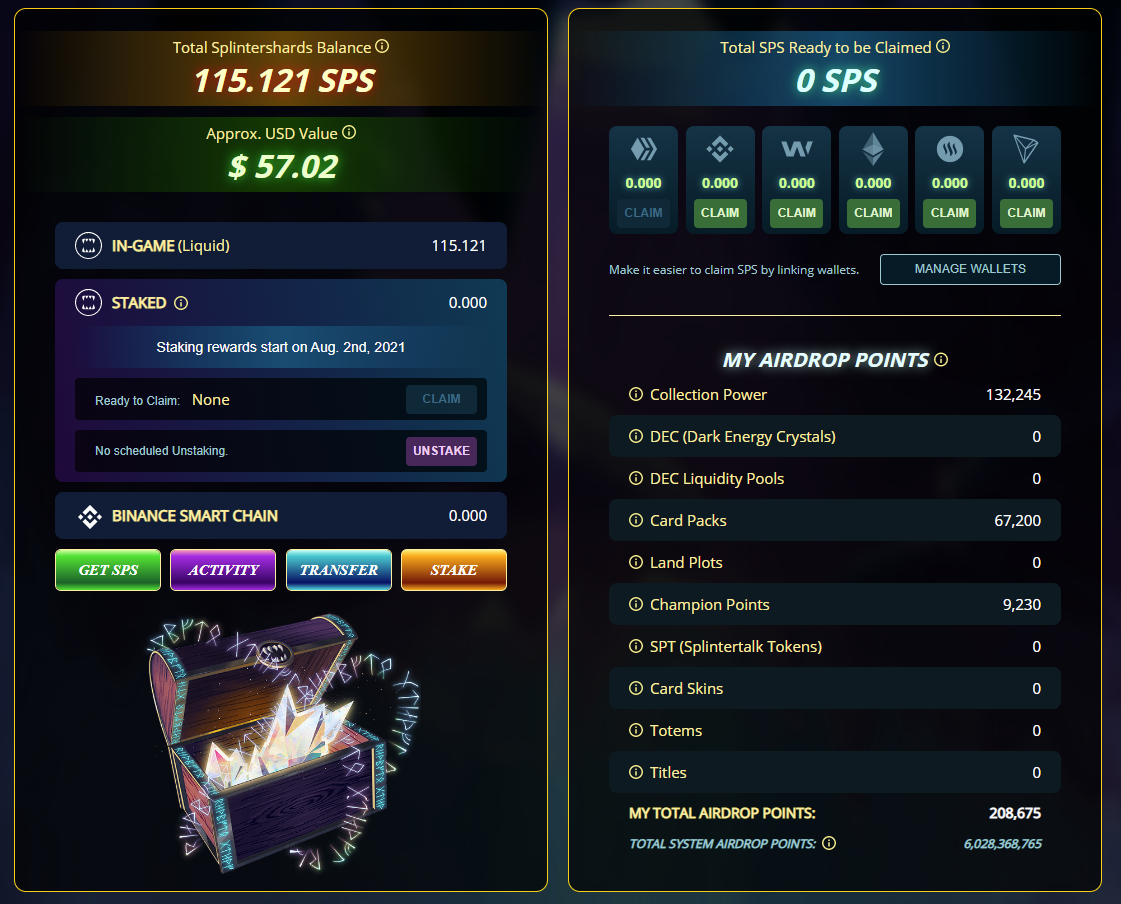 I'll go one step further and stake the claimed $SPS. I don't have any intention of sell & run at the moment. 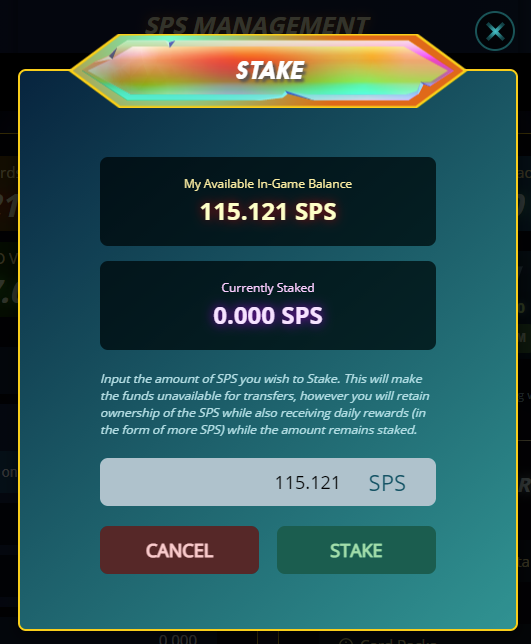 Staking done. The next claim will be on Sunday evening when I return from the second part of this short vacation. 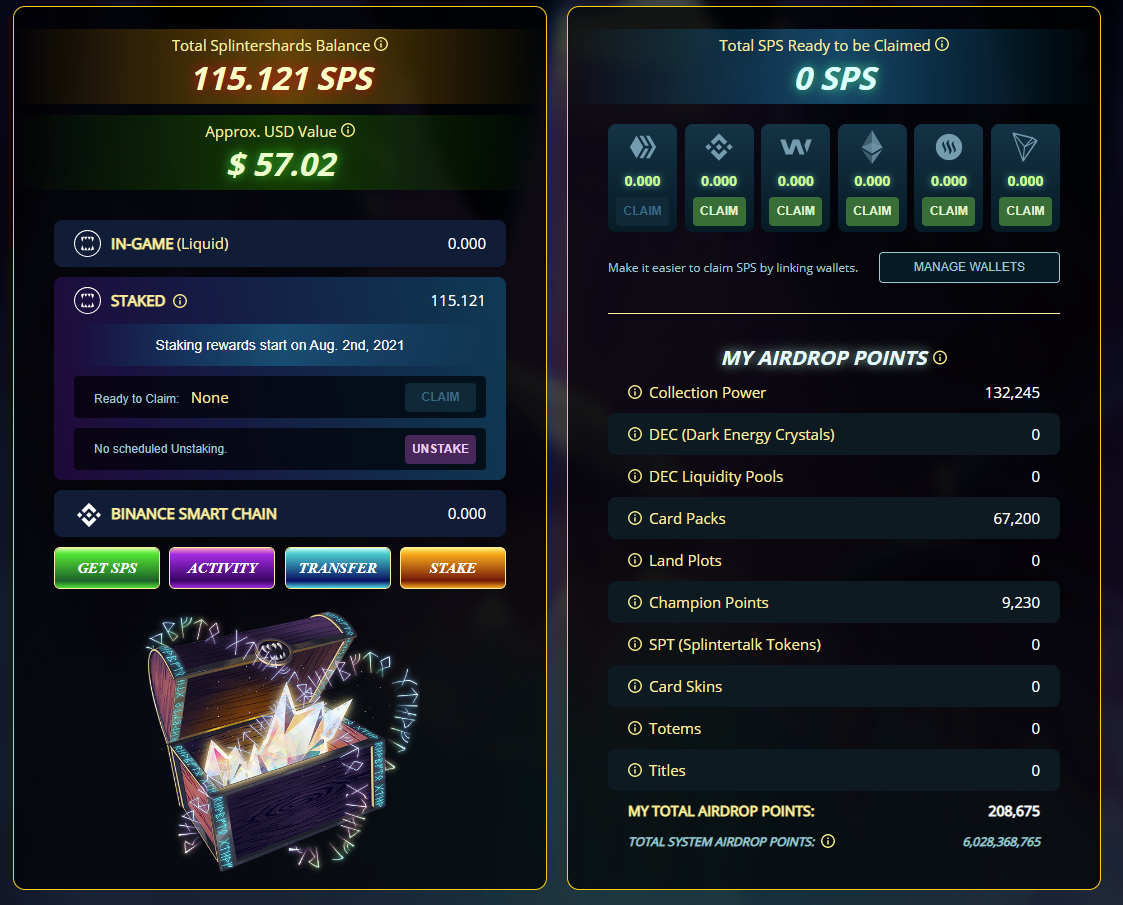 What were/are your $SPS actions? Tell me about it, please.

@oldtimer 76
about 2 months ago

Claiming and stacking. Price will drop of course, but we'll hodl and wait.

Keep on staking and stacking

Staking is the way!
I sold my some SPS at $0.70, but now I'm waiting for the price drop to buy it back

Good :) I wish you all the best with your $SPS transactions.

Been busy selling dec while it is still high and staking all the sps i get which is aboit 80 over 3 days.

But we will see in the long run eh :)

Yes, we will see. Good luck!

I've been stacking my SPS and DEC. We've come a long way from the lows so it does make sense to take a little profit. Then again, there's also a long way to go to catch up with Axie's valuation so maybe we might go 10x from here.

True . Good luck with your investments.