edicted in LeoFinance • 10 days ago (edited) 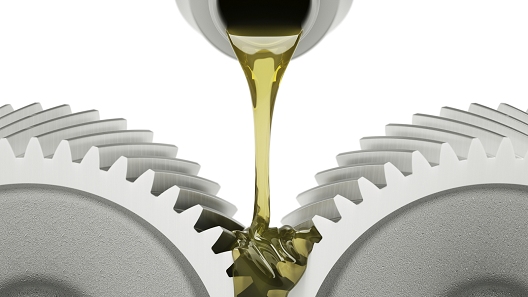 For the most part, friction is a process where energy is lost and turned into a byproduct. In terms of mechanical friction, parts rub together and lose momentum and create heat. If you don't put oil in your car the engine will seize from the metal overheating so badly that it expands into itself. In terms of electrical friction (resistance) power is also lost and turned into heat.

The goal for most systems is to have as little friction as possible as to create the smallest amount of waste. An electric car takes the kinetic energy and converts it back into charge when the breaks are engaged. Compared to disk breaks this is superior because the only purpose of disk breaks is to create friction and all of that energy is immediately lost in the form of heat. I drove a Prius for the first time ever the other day and the breaks have a very weird feel to them. You can definitely tell the difference.

It gets a little more tricky when looking at economic friction. Money is never purposefully lost within these systems we create, it is simply diverted to another source. All taxes and tariffs create friction. Where does the money go? To the government. In theory this is a feature rather than a bug, as that tax money then gets used to build the infrastructure that everybody needs... in theory.

There are also much more hidden forms of friction within the economy like credit card fees. Many credit card users don't even realize there is a fee, because they only pay it indirectly via a higher price for goods/services. It is the vendors themselves that pay this fee in order to hide it from the consumer.

Interest rates on loans are yet another form of economic friction. Someone out there wants to take a risk with their money and get a return. It's only fair that you would pay them back more than you borrowed at a later date. It's a shame that the money we owe back doesn't actually exist. This creates a meat-grinder at the bottom of the pyramid that essentially "grades on a curve" and will suck whoever is on the bottom under with a default/bankruptcy.

I wrote this post about the WOW auction house the other day and described the reasons for which the fees are absolutely 100% necessary. Without a listing fee bots (or stinky humans) would just post all kinds of garbage on the AH at absurd prices and the entire system would get flooded and locked up. Without the 5% fee after the sale occurred there would be far too many arbitrage and market manipulation opportunities which again clog up the AH and make it ridiculous. My point is: often times economic friction really is a feature and not a bug. 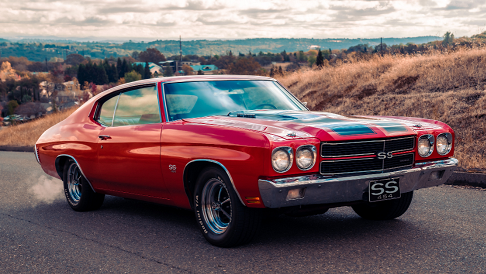 While Ethereum is more of a gas-guzzling muscle car I am starting to view Hive under this lens of a technology that has a lot less waste. Maybe I'd even make a Tesla comparison if Musk wasn't pissing everyone off. The point is: Hive conserves a lot of this wasted energy that gets lost, through the process of separating coins from bandwidth using resource credits.

Many people who don't know any better ask why we don't just get rid of the fees. Why do we need resource credits at all? Why does Bitcoin need to charge $50 for one transaction? The answer lies in the inefficiency of distributed ledger technology. A distributed ledger is just that. Thousands of servers all across the world need to be storing the same information. If we got rid of fees, the network would instantly be attacked (purposefully or otherwise) and just like a car with no oil in it (ironically) the entire economy in question would seize if no friction were to exist. In the case of economic friction, it acts as a deterrent to stop users and bad actors from being wasteful. You want service? You had better be willing to pay for it.

If we expect thousands of servers to store our data for all time but don't want to pay for that service... we are just fooling ourselves. Without any fee, these databases would become immediately bloated and completely unusable.

The reason why Hive is awesome is because the currency has been separated from the bandwidth. The currency created a yield farm for bandwidth long before yield farms (as we know them today) even existed. Pretty crazy when you think about it. This community is full of pioneers. This is the Wild West. 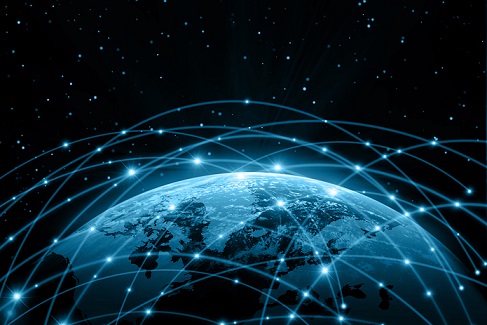 So rather than having to pay Hive to broadcast a transaction that will be stored for all time, all we have to do is pay RCs, which are a derivative asset that we get for free. Eventually this idea will fail (just like Satoshi Nakamoto's vision for Bitcoin has failed)... but by then we'll all be rich so whatever!

Right now we are living in abundance. Anyone can post anything to this blockchain for free because there isn't that much competition to use the blockchain. At some point though there will be a resource credit crunch, and those who want to use the blockchain but don't have enough Hive to get the free RCs are going to be forced to pay someone else to use their pool. Then we'll all see that Hive is actually a lot more similar to BTC/ETH in terms of the fee structure. It's just that RCs are currently worth $0 so no one realizes it yet.

But again, Hive has to go like x1000 before any of this happens, so everyone reading this message today will just be filthy rich. It won't be the users reading this message today that care about these things. It will be the new users complaining about how lucky the old-guard is and how corrupt and rich we've become. These things happen. Scaling isn't easy. That's the entire point.

Money velocity matters. If the barber pays the butcher $100 but there's a $1 credit card fee, the butcher only has $99 left to pay the barber and whoever else. Then that money gets a fee, and the money after that, so on and so forth. Economic friction creates an economy where money is lost that almost certainly will not reenter.

By reducing the friction, we increase money velocity and allow value to transfer back and forth freely without getting taxed. This is a pretty big deal considering the state of the world we live in today. It's also a big reason why I always make the claim that the vast majority of devs in this space are doing it wrong.

Devs are always wondering how they are going to get paid for their work, and they wrongfully build a dapp and then take money off the top for themselves. Yeah, that's not a dapp. You obviously control the entire thing because money is going directly into your own pocket. Try again. That's a fail.

Perpetual motion machines are a fantasy that can't exist in the real world, but maybe they can exist in the digital world. Even if not, we can get very close, and we are surrounded by infinite energy compliments of the Sun God Ra.

While we can not eliminate friction completely, we still have a lot of waste in society. Using this new borderless technology we can reduce friction and increase velocity. To the moon!

Damn, dude! As an engineer, nerd, and more recently, crypto enthusiast, this post is a perfect match for me. If I hadn't been reading your stuff for a while now I'd think you were mining my data for targeted marketing :P

But seriously, this was a very good one. I hope we can expand this concept of abundance to encapsulate a larger part of society. Maybe even all of it.

it acts as a deterrent to stop users and bad actors from being wasteful. You want service? You had better be willing to pay for it.

This is actually a great general principle. I don't think anyone can complain about this not being a fair and simple enough deal structure, especially if we want to keep seeing improvements in whatever service we are to receive.

Hive has to go like x1000 before any of this happens

lol I won't mind writing it down either

As a matter of fact I do: it will happen when the demand for bandwidth exceeds 50 KB/sec.
Shoot, is that not helpful? :D

I said I wasn't going to downvote your posts and I'm mostly not but this one is rampant with pile on voting, so I'm dinging it. Not personal, and not a knock on the content, just overrewarded.

Shit happens when you party naked!

I do get a lot of upvotes.

It looks like we have a long way to go before RCs really become something in demand. Do you think this could change if HSC happens? I think the fee for Hive Side Chain would be HIVE.

Many people who don't know any better ask why we don't just get rid of the fees. Why do we need resource credits at all? Why does Bitcoin need to charge $50 for one transaction? The answer lies in the inefficiency of distributed ledger technology.

Vitalic Buterin said this too. POW is the best solution mathematically, but the worst solution considering energy consumption, when looked at only by a comparative lens looking at other modes of consensus, not other industries or energy consuming economic sectors.

It’s a cool post but this sticks out because you propose no solution.

Devs are always wondering how they are going to get paid for their work, and they wrongfully build a dapp and then take money off the top for themselves. Yeah, that's not a dapp. You obviously control the entire thing because money is going directly into your own pocket. Try again. That's a fail.

How would you fix this?

Most projects sidestep the need to scrape off the top by premining the token.
But there are much better ways to go about it as well.

On a certain level it's a "problem" that doesn't need to be fixed.
Many devs will work for free and build cool shit just because they want to and they are already millionaires.

Another way is to try monetizing reputation. Whoever builds the coolest stuff gets rewarded within the community. That's why Hive is interesting because we are already doing this sort of. We do this with upvotes and the dev fund.

It's also possible to make money within a system that you've built because you are running arbitrage bots and know more about the system you've built than anyone else. There are a lot of options.

"It's also possible to make money within a system that you've built because you are running arbitrage bots and know more about the system you've built than anyone else."
I hope nobody thinks "future career opportunity" when they hear that. Yuck! Professional digital leech?

Your contribution was curated manually by @cervisia
Keep up the good work!

I imagine that all that money goes to the 5% of the richest on earth, so blockhain is the future of that waste of money

Really interesting to think of financial systems in physics terms! I think the comparison of transaction fees to friction is spot on.

Would you say that chains with slower block times inherently have a lower terminal velocity? Not necessarily because of the friction caused by fees, but something more akin to the speed of light (an absolute upper bound on velocity).