edicted in LeoFinance • 15 days ago (edited) 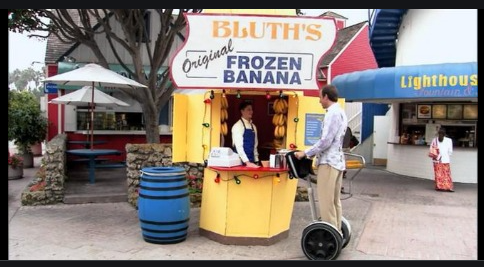 Arrested Development was one of those shows with a cult following that was either marketed poorly or just had too niche of an audience. The entire show relied quite heavily on narration, which is totally against the storytelling concept of "show not tell".

Ideally it is a bit more artful to dump your audience into the environment and provide enough subtext for them to figure everything out. Unfortunately, this doesn't work with internal monologues, so if you want to know a character's thoughts/motivations there has to be explicit narration, which is often times hackish but I think Arrested Development handled that liability as well as they could.

Towards the end of the comedy they even used the narrator to outright beg the zealous fanbase to bring in more ratings. So meta.

This is one of the scenes from the show that has really stuck in my memory. In an act of defiance father and son burn down the company side-business. Turns out this side-business was not only likely part of a multiple money-laundering scams, but was also literally lined with physical USD.

I think the reason why my brain focuses so much on this scene is that it's so in sync with crypto in that it is symbolic of the complete distrust of banks and regulators. It is synonymous with literally putting cash in a mattress to avoid trusting a bank that might go insolvent and steal all your money. Or rather in this case it acts as a hedge against regulators freezing the family bank accounts; a rainy day fund, so to speak. Put your money in the mattress!

You always hear horror stories about people who hide money like this and it completely backfires. Someone throws away an old mattress that had a million dollars in it. Someone throws away a fishing rod that had 50 Bitcoin hidden inside. You never hear about the stories where hiding money away actually worked... because those stories are boring, pointless, and work the vast majority of the time (meaning no one finds out). Financial independence stories do not make it to trending. It's the colossal backfires that people are interested in. Human nature: meet capitalism.

The storyline for Arrested Development is that they are a rich family who's come under extreme scrutiny by the regulators and all their money gets locked up. The banana stand was a way for the head of household to hide liquidity away just like one would putting cash in a mattress. Unfortunately he was involved in so much shady stuff he failed to mention his plans to anyone else. Classic irony. 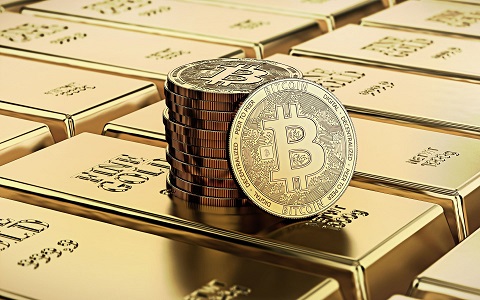 Should of bought Bitcoin, dummy!

To be fair... Arrested development started in 2003 so Bitcoin didn't even exist when the Banana Stand was being burnt to the ground. My, how far we've come since then. Rich families can easily hide money in crypto and the regulators can't do a damn thing about it unless some of that value trickles into a bank account that they've flagged. Imagine how easy it would be to funnel Bitcoin into cash without using your own bank account if you were motivated enough and had enough Bitcoin to make the effort worth it.

The regulators aren't going to know what hit them once all this stuff goes mainstream. The nail in the coffin is when vendors sell their products and services directly for crypto. Then the middle man gets totally cut out and they have zero control over all of this. No one's going to care that Bitcoin price MIGHT crash when their fiat currency is GUARANTEED to crash. When a hyperinflating fiat currency is guaranteed to lose as much value as Bitcoin MIGHT lose... well that's just obvious: buy Bitcoin because it might not lose any value, or better up it might go x10 while you're holding it. Fiat can't do that, ever, and you have to trust a bank to secure it.

For some of these nations out there, holding Bitcoin is 0% risk and 100% asset. People are hiding it on their phones, on paper, and even in their minds (memory bank / brain wallet) to avoid being robbed by police and other criminals. Physical gold/fiat can be found and seized. How can they know who's hiding money inside their own brain with a 12-word memorization? The ramifications of these things going mainstream can not be overstated, and we are right at the beginning of the revolution.

Now tech has accelerated to an astronomical level where we no longer have to trust anyone. The 40 year unsolvable network problem of Byzantine Fault Tolerance has been solved, and most people have no idea what that means for the world as we move forward into uncharted territory.

Banks and fiat currency have officially been antiquated, they just don't know it yet and they'll be willing to put up quite a fight as this Titanic legacy economy sinks into the ocean. Call be crazy but I'll take a lifeboat, and I would like my lifeboat to be fire resistant and leak-proof. Please and thank you.

How much does a banana even cost?

I loved Arrested Development so much... I don't think Bitcoin can ever really crash like a fiat currency can... it's international so even if a region is going crazy everyone else can keep it afloat and I'd say that most of the people who use or collection Bitcoin are deeply suspicious of the regulators and government agencies... so I just can't really imagine a scenario where everyone decides it's worth $0. There's way too many people that would hold onto their stash just in case.

We recently got an electric weed whacker (whipper-snipper for Aussies) and it's just so many multitudes better than the old 4-stroke one we had before... Bitcoin is that electric engine.

How much does a banana even cost?

Is that legit? That's hyper inflated I think they're like under $2 here for one. Maybe even 50c

It's a joke from the show that portrays how out of touch they are.
Fitting considering your previous comment.

I wouldn't say I'm completely out of touch, the financial data and usage data currently available paint's a picture that can be easily assessed.

Working classes are always the ones that suffer the greatest, you have to have enough money to be able to hide it. Currently, many are struggling to eat.

Ah I wasn't saying you were out of touch just that the entire system seems to have no idea what's going on here. Clearly, if we are taxing anyone it should be the filthy rich corporations, but honestly I've gotten to the point of believe that taxes are completely outdated altogether.

Ahbsorry totally misinterpreted it. Taxes are cooked they need an overhaul but no one wants to do it not even voters. Countries keep adding inclusions and amendments without undoing ancient taxes that serve no purpose so you end up with this document that no one can understand or properly implement.

Banks and fiat currency have officially been antiquated, they just don't know it yet and they'll be willing to put up quite a fight as this Titanic legacy economy sinks into the ocean

I believe this sums it up very nicely. I'm taking the lifeboat too. I don't want to have to rely on some floating door to save my life when shit goes south.

I loved Arrested Development. Never understood why it wasn't much bigger than it is. I actually feel like watching it again now!

I think it gained a lot of popularity after it got canceled.
I don't think I watched it until after they stopped filming.

The articles good but I fear it doesn't focus on the aspects of what hiding money will cause.

Most people hide money to avoid tax and like you said hyper inflation, I believe hyper inflation is coming after COVID but with money hidden who will pay tax?

The workers, the poor, the middle class.

The vast chunk of people who would be using this like shown in arrested development are the wealthy and well off as they seek alternative means to secure their wealth. The average Joe will be at the Brunt of wearing the costs.

As the fiat Titanic sinks, the demand for (and price of) lifeboats will go nuts.

Eat bananas while you can. Cavendish bananas are doomed.

Yikes!
One day the rubber tree is going to get the axe as well.
There are already some interesting substitutes in development.

Every currency including fiat is based on people's confidence in it. This is why if things start going downhill, people will search for any alternative. So yes both fiat and BTC could go to zero but I doubt it would actually happen. I think its more likely for it to depreciate in value based on how much confidence is lost.

"You know that the currency is worthless when Government gives it away for free." ~ Mimaroo, Junius Maltby

This show and Community are two of the most underated jewels in the history of TV.