edicted in LeoFinance • 17 days ago 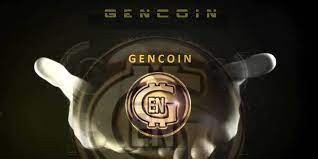 Nope, GenCoin is not a real cryptocurrency: Startup is a show on Netflix that's gaining a ton of popularity recently. Apparently the show is quite old, as the first season was aired in 2016 right before Bitcoin exploded to $20k. It's easy to see why this gem has been overlooked for all this time. Netflix bought the show from a lesser known platform called Crackle. Now that it is gaining a lot of fans on Netflix there is almost certainly going to be an extension into the forth season.

I've already watched the first two seasons, and they are pretty damn good. When my girlfriend was like, "Hey lets watch this, it's about crypto, you'll like it," I was very skeptical. As a former professional poker player I've never seen a single movie about poker that I liked. They are all bullshit. Poker is math and it's boring as hell. Hollywood likes to zoom and enhance, those pixels aren't going to enhance themselves, fellas. When it comes down to topics we know a lot about (like cryptocurrency) Hollywood will come in and sensationalize the genre by just making a bunch of random stuff up to make the topic more exciting. So then people who are actually heavily invested in the space tend to ironically reject the on-screen false representation.

Startup gets around this by not really focusing on the cryptocurrency/tech part and remaining largely vague. What does GenCoin do? Who knows. There are random references to a decentralized way to get a loan. Of course that makes no sense within the context of crypto (how do you force someone to pay back the loan) but who's checking? The developer's code is constantly referred to by other coders as amazing so it must be good!

Also around the end of season one they start talking about how GenCoin is so awesome because it's closed-source unlike all the other cryptocurrencies out there. Yeah, another red flag, but again the show isn't really about crypto it's about starting up a business in the cutting edge of tech. There are a ton of moving parts to keep up with.

For the most part this show is way way better than the critics let on. It got really good marks from viewers and terrible reviews from professionals, so my girlfriend and I thought we were walking in to some kind of cult-classic type deal, but honestly the show is just really good in pretty much every category. I almost wonder if professionals gave it the axe simply because it was a show about crypto that aired in 2016. Would not surprise me.

In the first few episodes they talk a lot about the importance of banking the unbanked and giving financial freedom to the world. There are a lot of moving parts. A corrupt FBI agent just looking to enrich himself (too real), a struggling but talented idealist developer who's been working on her project (GenCoin) for 7 years (started in 2009?), a Haitian gangster and his crew from the Miami hood, and an upper class rich kid with connections to shady sources trying to make a mark on society.

Honestly considering the reviews and everything I figured the show would have crashed into the mountain by now, but I've gotten to the point where this is perhaps one of the best shows I've seen in a while AND it's about crypto, the dark-web, and tech so it's right up our alley. Highly recommend.

Except they completely fail in understanding and presenting the ideas of blockchain technology, decentralized finance, decentralized networks, etc. Other than that it is not bad.

There it is.
Love that.

You missed out on using the #cine tag to CINE tokens. It is a really cool tribe token with from some of the leading community leaders. The are all well-known LEOs with great plans for the project. I know, not your usual topic. Cinetv.io, new frontend coming soon.

I watched the entire series, loved it. Although a lot of it was sensationalized, the Hollywood thing , I thought the characters were interesting. The story line was good and I just like the fact that more and more people are talking about crypto. Very cool. Nice review.

I didn't know about this show until a few days ago. I actually heard about it from someone here on Hive. Martin Freeman is on it, which is enough for me to add to my watchlist, but it's nice to know that it's actually good and relevant.

As I said, it's already on my list, but I may add some priority to it now!

"Hey lets watch this, it's about crypto, you'll like it," I was very skeptical. As a former professional poker player I've never seen a single movie about poker that I liked.

looool this is so true. I have never come across a movie on any of my hobbies (running and reading) that I actually liked.

I hardly look at professional reviews when deciding whether to watch a movie or not. The average viewer always knows better

I'll go add that to my list. Who knows, maybe it could be a go-to movie for newbie knowledge.

It doesn't really capture the spirit of decentralization at all except for the fact that they talk a lot of trash about banks/governments in the beginning.

That was actually the first thing I thought of. Hard pass.
I liked James Bond: Casino Royale though.

Oh I haven't really watched it but I'll add it to the list of things to do. It does sound like an interesting story even if it doesn't capture decentralization.

What does GenCoin do? Who knows.

Sounds like the adaptation stayed reasonably close to the source material 🙃

Hollywood will come in and sensationalize the genre by just making a bunch of random stuff up to make the topic more exciting.

Uhm. That's uh... Sigh. How do I say this without getting shot.

Actually, that's what the cryptosphere does to itself. 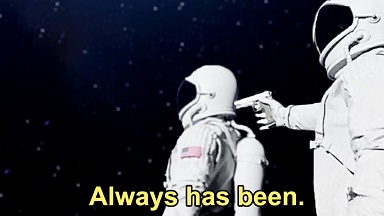 Next time shoot first to avoid getting shot.

The best defense is offense.
-- Murica

Funny I just found this and have watched a few episodes so far and didn't realize that's what it was going to be about before I started watching. I have to admit it got me a little more intrigued in the show.

It would be great if there were more crypto related movies emerging since this is the cutting edge. I am a little averse to Netflix for some reason, perhaps I've grown weary or wary of Hollywood as a propaganda house for the degraded mainstream narrative of today. I must be getting old lol.

I saw this pop up on my Netflix the other day and didn't bother looking into it.

Definitely will be watching now! :)

Gotta expect that it's not accurate and just go into it with an entertainment mindset, not one where it's going to actually be good for crypto lol.

GenCoin in my watchlist now!

I feel you man! I am a professional skateboarder and watching Hollywood skateboarding movies makes me sick hehe! Didn't know a series like this one exists! Definitely on my watch-next list! Thanks!