edicted in LeoFinance • 24 days ago 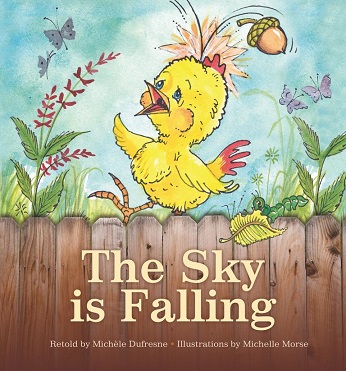 As we brace during the turbulence of this dump I look around annoyed for several reasons. First and foremost, I didn't have any stake in the CUB/BUSD pool. That's a great pool to be in during a time like this. I definitely would have exited that pool last night and shoved the BUSD into another asset like BNB for the free-money dip. Ah whatever, being greedy is fun too.

Too many people are comparing this drop to 2018.

The 2018 bear market started out with a 60% drop and we've only had a 27% drop so far. It's pretty pathetic that so many people would be freaking out during the standard 27% retracement in this middle of a mega bull run. Just stop.

It is just mindblowing to me that people would think this alt market is over before it's even half way through. Let's revisit this conversation when half of the dead ICOs from 2018 are pumping like mad for no reason.

To be fair it absolutely would make sense for this run to be over if it was just a regular bubble, but this is the mega-bubble.

This is our year, and it's easy to see why the market can bubble so high. With this much panic very few individuals are actually going to capitalize on the highs. Hedge your bets and dollar cost average. You'll be fine.

I've always said that the news has no bearing on the price of crypto. The news is simply a catalyst for where the price was going to go anyway. This situation is no different. The fears of regulation and taxation have created the exact ~30% retracement we should have been hoping for this entire time. The current price action is perfectly in sync with what we'd expect to happen during these timelines.

Seriously, look at the damn cyclical chart. April is a consolidation month. The best one there is. This is quite possibly the best time to buy for the next two years. The bear market of 2022 will not be pretty.

To be fair many have been talking about 2013 for a while now. There was a rally in April that took Bitcoin x10 and we consolidated till the end of the year until we doubled-bubbled. Many seem to be calling out for this kind of price action. I'm not buying it.

Do we really think that after over a year of quarantine and stir-crazy citizens that this summer is just going to be a dud? Millions of vaccinations rolling out? People feeling like they can go on a vacation in the first time in 15 months? So much money is going to be flying around in a few months. The blackhole of Bitcoin is going to suck up quite a bit of that velocity. The market tried to price in an increase in taxes within a couple of days when those tax laws won't even go into effect until 2022. And then after those laws go into effect (if at all) we'd have to wait another year after that before people actually had to pay the taxes. All the panic happened within days for events that are MAYBE 1 or 2 years away. Again, totally ridiculous.

Just like the XRP lawsuit where everyone dumped and was given a chance to buy the bottom before an easy x5, so is the entire cryptosphere panicking for very little reason. To be honest I put the fair market value of Bitcoin at around $17k based on the doubling curve, but this mega-bubble is the strongest one we've ever seen, and it is nowhere near over.

$45k is the 30% retracement level. We have massive support here due to this being the level the market spiked to when it was announced that Tesla bought into Bitcoin on Feb 7. I can't even begin to start thinking of panicking until we break BELOW $45k. End of story. If we are higher than $45k... stop worrying. Seriously.

In fact if we hit $45k I might all-in the market and even start leverage trading. That's how strong I feel like the support is there. Considering we already flash-crashed to $47k and made a recovery I'd say the bottom is already in.

I already learned my lesson from January when I was freaking out about a crash to $20k and a long consolidation phase.

Yep, I was dead wrong.

Nothing about the current market makes me think we are in for a consolidation phase. We've been nothing but volatile this entire time, and I expect it to remain that way for quite some time. We probably won't get some peace and quiet until the middle of 2022 when the bear market has finally settled down a bit. Until then, get ready for these crypto noobies to be constantly losing their shit as we ride the roller coaster.

Again, there are a lot of new faces in crypto.
Many are selling the lows right now as we speak.
Just like we all did at one point or another.
The panic is real.

Just shared your article with APompliano of TwitterTM crypto fame. Could not pass up the marketing opportunity by answering his question with a great article.

Yep, I was dead wrong.

We all are at some point. Just a few admit that though.

People have been comparing corrections to 2018 for almost half a year now. There's a lot of stupidity in the market and that's a good thing. Someone has to sell us cheap coins and buy them back up.

I am against risk so I always try to leave room to add more. I personally am against leverage trading so I might just do a play on the stock market on BTC mining stocks through options. I find that better as I use less capital.

leverage trading at these levels is risky, but I'll probably throw in a bit for the first time when BTC finally crashes back to the doubling curve.

im glad i have people like you to read about these things so i could be prepared.

i was nothing but excited to see the price dip, as i had been expecting it to...but i bought at 55k, didnt expect to see it get this low though! definitely far from worrisome...

Saw "buy bitcoin" signs at the latest lockdown protests here in BC.

It’s actually kind of funny reading about a crash to the 50K range. Only four and a half years ago, BTC’s price only had three digits.

Yeah it's seriously mind-blowing people are such monkeys.

Yes, everyone is panicking, and everyone is selling
And the market is falling apart
So HODL

It is ridiculous and insane (and a little annoying) just how trigger happy people are in this industry. A friggin' gnat farts and everyone has a fit. 30% retracements are a pretty common thing, all in all.

Well, I guess just a chance for some to buy the proverbial dip!

I've always said that the news has no bearing on the price of crypto.

This is so true; I mean I can think of some exceptions, Elon Musk's decision to buy BTC being one of them, but basically it doesn't seem to drive price or like you said it's rather the reaction of the price movement.

We should be fine: