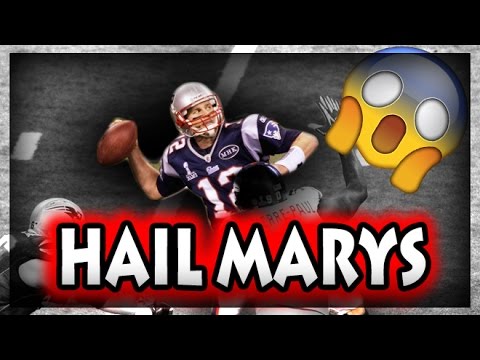 So I woke up today and checked the markets and noticed something a bit weird. Even though CUB price went down the APR on the main pool went up. Combined with these unsustainable yields and compounding competition this was very strange. The only possible way this could of happened was less competition in the main CUB/BUSD pool.

Lo and Behold, when I checked the market cap of the LP pool $200k had been removed and added to the DEN. Someone is going long at the $3 mark. Not a terrible play if you ask me, but extremely risky considering we are about to get slapped with a 50% yield reduction on Monday.

The vast majority of dumping that occurs is when users roll the CUB they've farmed back into the LP pools for maximum compound gains so they can farm more. They need to sell half of their farmed tokens to match the other side of the LP pool.

The whole purpose of the dumping is to farm more CUB, and that yield is going to be reduced by 50% on Monday: making farmers very sad Pandas who are likely to panic sell their stacks just like they did last time. With big money promising they'll defend the $3 level there's certainly reason to go long here. But again, the only way the DEN is more profitable than the LP pool is if the price of CUB goes up faster than the difference in yield between the two options.

That's the question you have to ask yourself in order to go long right now: will the price of CUB go up faster than 3.58% a day? In a lot of respects this could be a needlessly risky bet considering the circumstances. Then again when CUB is trading for $20 in a few months we'll all just laugh about how much we were doing all this game-theory on such trifles for no reason. Everyone wins in the end.

The CUB DEN is pretty bloated now with a whopping $1.25M in it. That's 412k CUB, making it by far the biggest farm out of the three CUB farms. Even though the market caps of the LP pools are larger, only half of the LP pool is actually CUB.

What is the market telling us?

That LEO HODLers are diamond hands and they are HODLing that CUB for dear life. These numbers are epic. The only problem is that if the panic sets in and some of these holders get cold feet they'll likely reenter the LP pool which again requires them to sell half of their stack: pushing the price down even farther.

Considering that's the position I was just in I'm not quite ready to go long yet. I've set up a hedge position in the bLEO/BNB pool and I'm waiting for the 50% yield reduction before I pull anymore triggers.

At this point I'm actually hoping for a crash down to around $2 so I can justify going long again. If it doesn't get that low I'm hedged for every direction so I'm good.

I've been getting major Uniswap vibes on CUB. The price spikes have been largely the same. Lots of hype right at the beginning with an eventual crash to the $2 level. I'm still very salty because when I saw Uniswap crash to $2 I knew for a fact that was the bottom and that I should buy more. I didn't. Now the price is trading above $30 months later. I think that CUB can easily make the same moves.

Obviously if CUB hits $30 in June no one who's in today is going to care how it went down in the short term. Just hodl on for dear life unless you want to "have fun being poor". DEN or LP pool, doesn't really matter. They are all winners in the end.

FUD is a great opportunity for investors to get themselves in a handsome position. And that's what I am going to do. Gonna get more CUBs and put it into the DEN. I don't care about the reduction of yield by 50% since the compounding effect will show its results in the long term, not in a day. And as you mentioned @edicted, when $CUB's price is $30 in a few months from now ;) then it will all be worth it.

A 2$ cub price printing at a rate of 1cub/day is going to have an interesting reaction when burning is added to the equation.

It will be nice to have a sneak peak at the treasury, however its not even how much is there that matters but how effectively it will be used.

So I woke up today and checked the markets and noticed something a bit weird. Even though CUB price went down the APR on the main pool went up. Combined with these unsustainable yields and compounding competition this was very strange. The only possible way this could of happened was less competition in the main CUB/BUSD pool.

Lo and Behold, when I checked the market cap of the LP pool $200k had been removed and added to the DEN. Someone is going long at the $3 mark. Not a terrible play if you ask me, but extremely risky considering we are about to get slapped with a 50% yield reduction on Monday.

I agree it's too risky. It seems to me that the CUB-BNB LP pool might be the right pool to get into when the volatility from the inflation reduction has died down. BNB is likely to go up in the next few months.

BNB exposure is going to be a MUST in Q2.

A big chunk of the cryptosphere doesn't realize that BSC is going to eat ETH's lunch as fees spike higher.

A large chunk of people are still ETH or nothing.

I am full CUB right now.

don't forget you are now a crypto influencer. If you think it will hit 2$, people want to buy before you :D

I'm not going to move this tidal wave with my words.
Also maybe I'm lying.
:D

Like all followers do from influencers :D Tell me the merchandise I should buy. No reason to lie I'm hedged up nice and tight.
I'm not competing with the LEO community.
We are just building value and waiting to ride the wave up.

I did see that transaction and was wondering wtf! The dip in CUB would have cost more in impermanent loss than the gain they will get from the DEN.

CUB - BUSD den is still one of the best dens to be in, I have to admit I left it a week ago wanted to come back but I have wasted far too much on fees and burned CUB that I'm just HODL.

How do I help defend the price at $3?

Awesome! Time to buy more than

Why not both! I have some in the Cub Den and the BNB Farm. I have barely any idea what I am doing, but it's fun anyway.

I broke my bnb out of binance and put it on the chain. If it does anything that's better than what it was doing in Binance.

With so much competition in the DEN right now the 2 main LP farms are basically just free money.
LP is much safer than the DEN with amazing hedging to the downside.

Personally I like to put what I farm into the Den if anything...
But like I said probably doesn't matter too much in the medium term.
CUB gonna moon in June.

Yep moved from pool to den at 3 before sleeping. A bit bitter this morning but you said it well, I’ll be very happy anyway in a few months, pool or den.

I'm adding my earned CUB once per day and it feels awesome to pay such low fees! Diamond hands!

So a bet on the CUB DEN at this point is a bet that CUB will rise in price faster than say 1.79% a day.

Is that true? I don't think it's a simple subtraction, because it doesn't take account of IL. Unfortunately I don't yet understand what the exact math is, I wish I did.

Since I already paid all the fees taken from my BNB Den, my plan is to get in the CUB den with the same value I have in the CUB / BUSD farm, because I saw buying a bunch of CUB at first as a very risky option, but it is different now that I took my first investment back (still farming though) and I'm prepared for a dumping in CUB's price.

Right now I don't really care about the price, I just want to stake a lot of CUB in the Den and later I'll see if the yields stay the same in the farms, but also waiting to see new developments in the governance token or if there is something different that need some more capital to be put in.

These posts make more and more sense every time I read them. Thank you and please keep writing them.

If the price of BNB keeps rising, will the transactions get more expensive? Or was this blockchain changed to keep gas prices low?

Yes, I've just been sticking with my small CUB/BUSD stake and bigger bLEO/BNB stake. Everything I farm from those goes into the Den, which is where I hold the vast majority (read ALL lol ) of my Cub. The pools are just to enhance the returns on the Den. I don't have a ton of exposure there so I'm fine "risking" price fluctuations for now. If Leo starts running, maybe I'll exit but until then, hand over fist at 400% + still appeals to me. lol

Yes, I'm just holding steady with my small CUB/BUSD and larger bLEO/BNB pools and just feeding it all into the den. I'm perfectly happy standing pat while the price does whatever it wants to do. If it tests the $2 I will probably buy some off the market but otherwise, just going to keep accumulating it at ridiculous APRs. Pretty sure I've almost doubled my Cub since day 1. I can't really remember though because it was all so confusing at the time I'm not really sure what I actually did. lol

Im a total newb but cant wait to get on the Leo and Cub train. Nice read mate

Very nice analogy and thanks for doing the math!

"just hodl on for dear life"

is a good strategy now, especially if you don't need to cash out your CUB investment. CUB going down to $2 will only invite more investors to add more, I know that I will. The team won't be rug pulling; we know that they are legit with multiple projects put up with more in the works so I'm really optimistic.