edicted in LeoFinance • 12 days ago

Yesterday I was reminded about one of my abysmal investment failures of the 2018 era. I am, of course, talking about Cobinhood.

This is one of those things that I've been ignoring for years. Back in those days every ICO was gonna go to the moon, amirite? Why not throw down $100 on a bunch of random shitcoins? That's just a guaranteed way to get rich!

Yeah, but it wasn't though.

Every ICO I put money into lost like 99% of its value. OOPS! Took me a while to recover from that blunder but here I am ready to quit my job a few years later.

Cobinhood was a Robinhood clone for crypto. Robinhood founded their business on a model that didn't charge trading fees. Cobinhood figured they could do the same thing and make a killing in the cryptosphere: they were wrong.

The major problem with this business model is that, just like every other "free" service out there, the company providing the service needs to monetize the data they control. This turns Robinhood/Cobinhood users into little data farms just like Facebook/Twitter, and other social media sites.

Who pays for this data? Whales looking to capitalize on the folly of retail investors (also advertisements). It shouldn't be that hard to see why Cobinhood failed.

Crypto is already a much more open system. What kind of data can Cobinhood acquire/sell that isn't available with other exchange APIs? Also, monetizing data requires huge volume and overhead costs. I imagine the cost and time it takes to scale up to a profitable position is no easy feat.

On top of that, crypto trading fees are not a big deal. Like, at all. Binance charges 0.1%. Even the 0.5% that Coinbase Pro charges is fair enough. There's no need to "escape" to an exchange that doesn't charge trading fees: especially when most traders get wrecked anyway and they jack up the withdrawal fees. 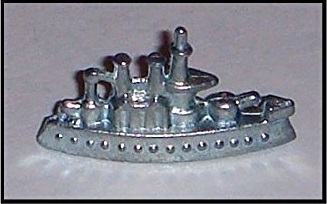 So yeah I put $100 into Cobinhood in 2018, and now they are emailing me every so often about how they are completely bankrupt and liquidated. I downloaded the files they sent me, and that $100 is worth less than $1 because it was the native COB (Cobinhood) token that obviously won't be worth jack shit anymore. Live and learn.

This is how I know that all the fear in the market is totally unfounded. Many seem to have forgotten how batshit insane it was back then. By all accounts 2021 will be even more batshit insane than 2017. Everyone is worried that the bull market is over when it really hasn't even started yet. Word to the wise: we don't have to worry about a bear market starting when everyone is terrified that a bear market is starting. Gains and losses strike when you least expect them, not when the mob says so. The mob gets wrecked: count on it. And so it was with over a dozen random shitcoins. I haven't held any of them and when I sold I took massive losses on them all. When Steem fell under attack by the mighty Sun I liquidated all my garbage to buy more Steem. Surprisingly that did not blow up in my face.

This community is my home base. Bitcoin is my anchor. Hive is unkillable at this point. All these new shiny things out there are seedlings ready to get stomped on at any moment.

This bull run hasn't even started yet. DeFi yield farms are the new ICOs, and there will be 1000 more of them before this is all over (hell, I'm even making my own). This is interesting because yield farms already have x10 more utility than the promise of an ICO, so money will be flying everywhere. Of course the chickens always come home to shit all over everything. When no one is worried about a bear market because BTC is $200k+, that's when we need to be worried.

I made a big move today. After looking at the market stabilizing after this drop, and the remarkably sane and sensible announcement from the CubDefi devs, I shifted all my funds out of the CUB/BUSD pool to avoid impending impermanent loss there.

A big pile of my CUB went straight into the den (hopefully with better APR soon), and the BUSD I split across the CAKE kingdom at CubDefi (50%) and the Bunny den at PancakeBunny (50%).

I've experienced the bear market in 2018 in full glory, and rode XRP all the way down from $3 to $0.11 (I stepped out only much later, when I had to buy a house ;)). And I completely agree with you: that bear market started with mass hype and mainstream headlines all over the place, not the relative silence we see today.

Btw. if you want to see hype, have a look at the FLR token, which is also smart-contract / DeFi oriented. The IOU, priced at ~$1.30 across 45 billion tokens, gives it a market cap about as large as XRP, even though the network itself has yet to launch (!!). The main tokens there will be released in a few weeks, and I do expect to see a serious plummeting there initially ;).

i feel a little sad because i bought cub at 14 hive price and right now it is in falling
how to convert 8000 hive to around 800 right now but this is the market, not all is sad, some shiba inu give me 10 ltc it was amazing, well sorry for your cobin.

Well we live and learn is my take...at least you've been daring so far. One of them got to hit big one of these days. Hoping it starts with your project

Booms and busts, can't have one without the other. 😃

It somewhat feels like this time folks are most worried about missing the bottom so they can pick up their favourite crypto at the best possible price. I personally know at least one enthusiast who who can't stop checking daily graphs praying for a significant dip so he can add to his positions.

I don't think I have heard of Coinhood before but I know Robinhood can get away it using order flow. The cost of free is obviously those algos/exchanges front-running you for fractions of a penny.

And yeah came for the Community. Didn't care about payment. It all adds up and grows the portfolio. And we keep growing. And sharing.

Thank you for being here and being apart of the Community.

What is the name of your defi? I would be one of the investors :D

I will look for it.