What comes after powering up to 10K HP? 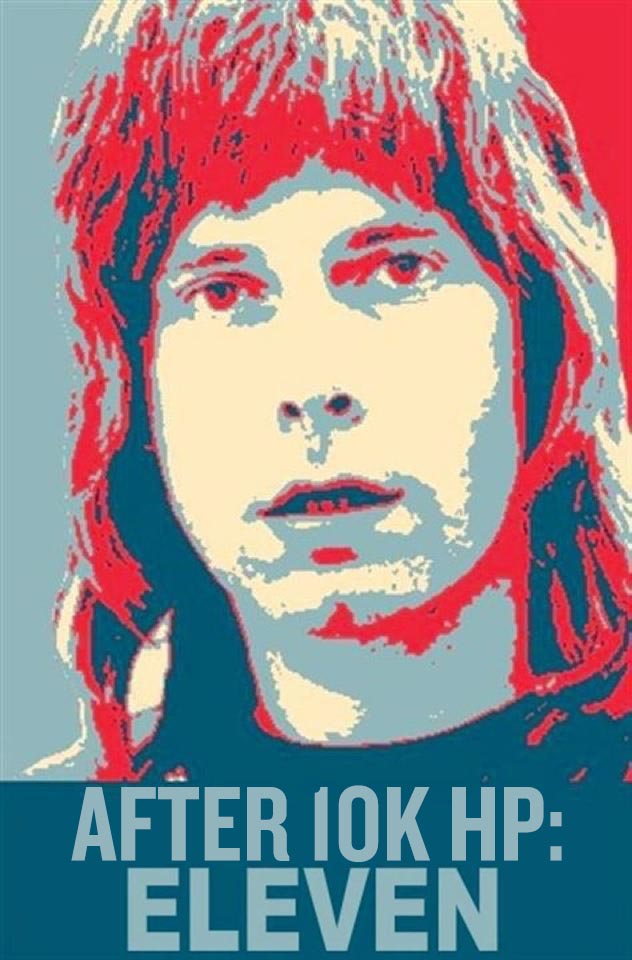 I can remember with total clarity the feeling of onboarding onto Steemit in Dec 2017 ... exuberant with my discovery of a seemingly untapped crypto-printing environment desperate for creatives, I threw myself into my first video ... logging about a week for a video that got almost no plays until I learned some additional lessons about exposure in a pretty wild west'y, bot-intensive environment. I bought steem. I bought steem alllll the way down. Today I bought some more Hive for the first time in a long while and it was a much more seasoned dude making the decision than the fella "buying the dip" at $4. With the turmoil surrounding the role and regulation of social media coming to the forefront of everyone's attention at the same time as a major crypto run: these seem like the sorta conditions that would encourage other creatives like me to look at $35k bitcoin and instead choose to power up their account and have a little more swagger when and if Hive pops off in an altrun. It's certainly proved it's resilience and with half the community it has ten times the content. I actually -browse- my friend's content on here these days (though ... my kingdom for a functional modern search bar of -recent- content ... three years going).

Despite my extreme desire to trade the swings, I've got over half my stack in Hive power now. The psychological barrier of 10k has been a real one in my perception of folk's commitment to the platform since day one and as much as I try to keep emotions entirely out of the trading equation I struggle by far the most with Hive. It represents the totality of my three years of HODL and three years of hustle, hoping for a supplemental income stream on the other side. Are we about to be on the other side? Let's other side it up. Do not drop a RHCP reference in the comments.

Going live again in an hour with improvisational synth on Twitch:
https://twitch.tv/drum_operator

Highlights soon on @threespeak! Been enjoying it as a video hosting platform and so far it's been my smoothest video-on-blockchain experience. Awesome show, great job.

Yeah man! Good to see you back in my feed again! I think you made the right choice as I've also been buying up when I can to power up. I feel there's more content with less people too and seems a different vibe about the place than on steem. Creatives like us get a bit more support which is cool! And no bid bots either!

Must have missed your twitch as it's showing off line now.

@nickyhavey I was digging back through your stuff earlier! Trying to post a bit more consistently now that I'm streaming and have a source of new ideas and content.

I'll be on Twitch in a half hour. I should honestly just wait to post until I'm ready to go live.

Ha, funny you're in a creative zone and I'm slipping into the shadows as I hit my "creative winter" (burnout) but glad you're feeling the creative juices!

That is a major understatement. Esp on point because constantly multiplying.

Hivesearcher.com is the search engine to use... the one on peakd.... leaves much to be desired. You can sort by most recent - makes it way easier

Its by ecency, i believe - which is another front end

Thanks for the heads up @quinnertronics. I always wonder if it’s too much to ask for a casual blogger / crypto noob to “get” the multiple front end aspect of Hive ... seems like anybody drifting in and hitting the hive.blog search magnifying glass is going to hard nope on the entire platform long before they discover the multiple ways of interacting with it, though.

Good to hear from you! So glad you are creating out there! Must check in the appropriate place! Stay well.

Thanks @sallybeth23 good to see you around as well!

Too late to vote for your post.... but thank you for stopping by and voting for my post....