dagger212 in LeoFinance • 3 months ago 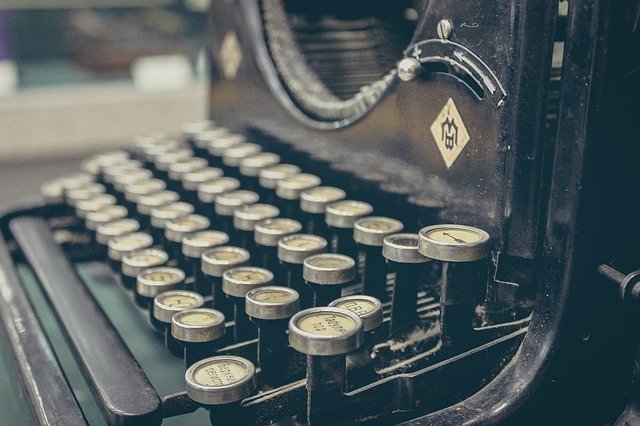 Source
I've been back on the platform for almost three weeks now and it's been a whirlwind already. The difference between Hive 2020 and Hive 2021 has been night and day. Anyone who has been actively participating since the break from Steem can attest that, while there were some early struggles, the momentum and energy that have been built over the last 10 months has far exceeded anything Steem ever had to offer. There's just an energy and a "buzz" to this place that Steem never had. New communities are being created almost on a daily basis. With so many different places to go and things to see, it's becoming impossible for one person to keep up.

So, how do we take advantage of everything that's going on? How do you find and decide towards which areas and projects you want to devote the limited time you have to spend? Personally, I think the best answer to those questions is fairly simple: curate.

There are many advantages to taking this approach. The biggest, for me, is knowledge. There are a LOT of smart people in the world (a lot smarter than me anyway) and every single person on here knows something I don't. The beauty of Hive is that those people are incentivized to share that knowledge. Hive puts a value on that knowledge by paying people to write and/or talk about it. It really is genius. I, as a consumer of this knowledge, get to pay them for their work and, as an added bonus, I get paid for learning. Win win. Not only do both sides make a little money, but, as I said, I get to learn in the process.

So why is that important? First, it teaches me what's happening on the platform. A lot of these posts are being written from communities I might not know much about. If I find something interesting and helpful, I now have a reason to check that community out. Maybe it is an area that really interests me. Maybe it's a place I feel I can enhance with MY knowledge. Maybe it's just an engaging community that makes me feel comfortable and welcome. Or maybe it's something that isn't for me and now I know that as well. The point is, I'm getting exposure to different areas and learning what I like and don't like so I can focus my time on the things I find most beneficial to me.

The second big advantage to this approach is practice. I can't tell you how many times I post something and think I've got it how I want it, only to go back and reread it a day or two later and realize I didn't do something right. Or I could have written something better. The more I engage with other authors, commenting on their posts, the more practice I get at communicating. We all have different skillsets when it comes to writing. It's a lot different trying to articulate thoughts and ideas on paper as opposed to sharing them in conversations. The only way to improve on those skills is by doing. Authors don't care how you phrase your comments. They just care that you are engaging. As you write your replies to articles, you're practicing the same skills you'll use to write your posts. And you'll improve. It's that simple.

The third reason I think curating is vital to being here is ideas. Let's face it, it's hard to sit down in front of the screen and come up with something new to write about every day or even every week. It seems like everything has been said before and there's nothing "new" to write about. While that is actually true to some extent, what I've found is that 90% of my ideas come from curating other people's posts. Some phrase or some idea they're trying to get across to me sparks an idea in MY mind on something to talk about. That's why if you do any research on authors you'll find that almost every single one of them is also an avid reader. They're not out there stealing ideas from others. They're just opening their minds to new ways of seeing things and that gives them ideas of their own. Basically, if you want to write, you need to read.

The last reason I'll touch on is networking. If you comment on other people's posts, they'll be more inclined to comment on yours. If authors, be they whales or newbies, see the same name popping up in their comments section adding insight to what they've written about, they'll be much more likely to recognize you when you put out your own posts. Will it happen overnight? No. But it will happen. You just need to keep engaging. The best way to receive is to give first and not worry about receiving. If you enjoy the giving, the rest will take care of itself.

All of that was a very long way to say, read, engage, and curate. You'll learn, meet people, improve your knowledge and communication skills, and make a little money along the way. Lots to put in the Win column.

As always, feel free to comment below and thank you for reading.

I need to write more posts but I have been more inclined towards short-form posts like DBuzz or Actifit. I have seen more people willing to read them after engaging with others. Sometimes the people I interact with regularly will drop by comments so I think it does work. They won't show up all the time but it does play out in the end.

Couldn't agree more. Interaction is the strength of this chain over others. It helps having great communities and individual innovators, because when you bring those things together, magic happens. I have witnessed it.

Those are some great tips and pointers. I really found that my account start didn't growing until I really started engaging with other people on here. It has been a long road and it get tiresome at times, but I keep coming back. I am glad you are settling back in so well after your time away.

Yes, it truly is all about getting out there and engaging. To me it's the fundamental aspect around which everything else is built. And, as I pointed out, there are lots of good reasons to do it, not the least of which is the financial aspect. You don't have to be an "author" to engage here. Sure, it helps, but it's not a requirement. You can do just fine commenting and throwing out an occasional post.

Yeah, especially on Leo. The comment upvote is very strong here. Especially compared to some other communities. It is a nice change!