Curator Cat on the Power of Hive's Communities: Part 3 — What Makes a Community "Sticky?"

curatorcat in LeoFinance • 2 months ago

Greetings all you amazing Felines and Hoomans of LeoFinance and Greater Hivelandia! Hope this week has been going well for you... exciting things happening in the LeoFinance ecosystem!

Welcome to Part 3 (of many) in a series of thoughts about Community Building as a central part of the Hive Ecosystem, based on the express objective that we want to grow the Hive Community.

I'm a firm believer that our Communities will lead the way! 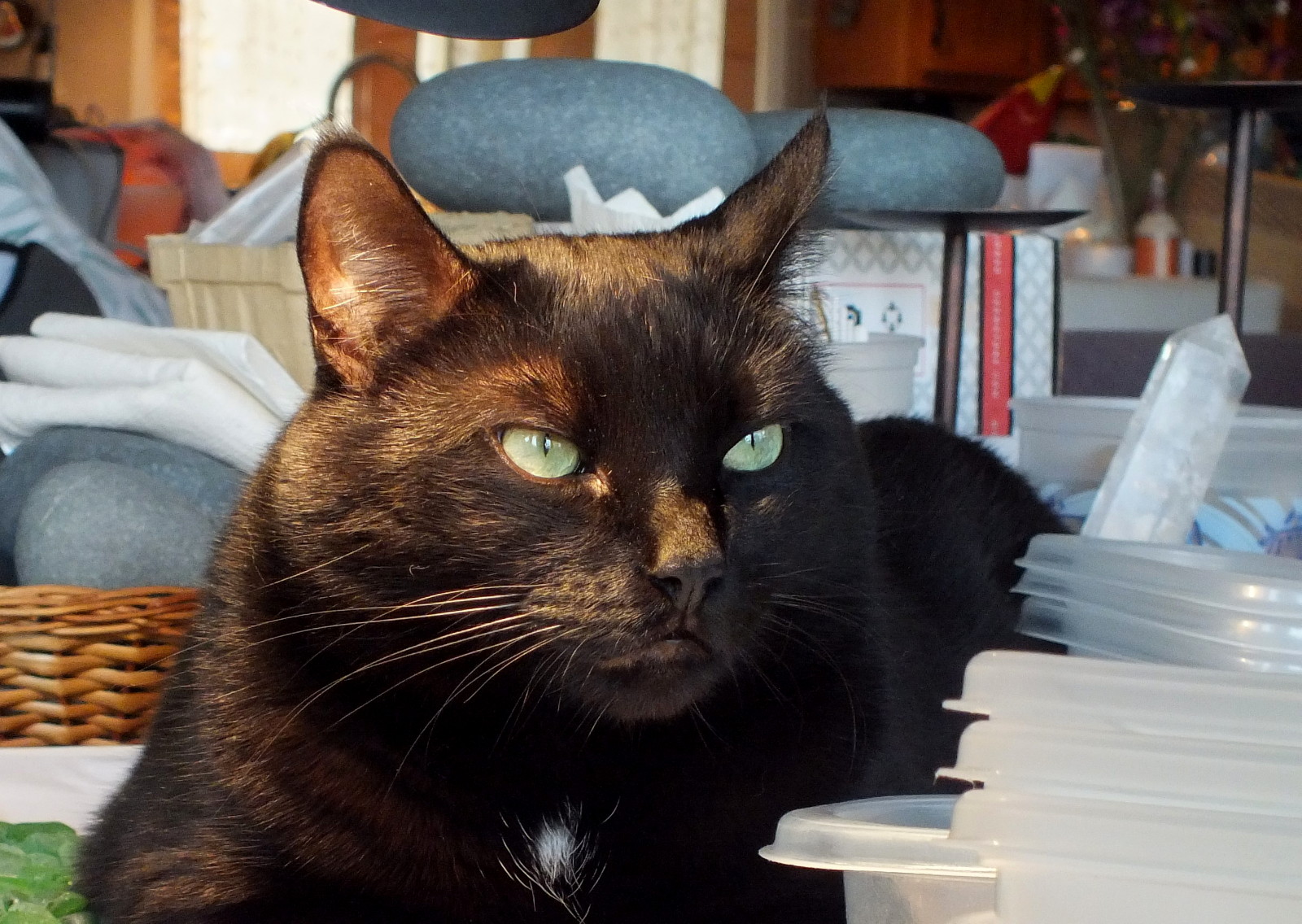 In the previous installment, we covered some primary attributes that make a niche a "good" community (or candidate for a community) and how there are a myriad reasons why people join things, so this time let's narrow the scope a bit and ask the next logical question:

"Why do I STAY with certain groups and organizations I join, and not others?"

I believe many of us have had the experience of joining several groups/forums related to some interest or hobby we're really into... and after a while, it seems like there's just one or two we keep coming back to.

Retention and Dead Accounts are huge issues for web (and other) communities. If you're an active community leader, you're always trying to find the "secret sauce" that will make your members not only stay around, but also remain active.

In terms of general community shorthand, we call that "stickiness." If you don't believe this is a serious issue, think again! Organizations like Facebook and Google have entire departments filled with "Retention Specialists" whose entire job consists of nothing more that watching screen maps of where and when people click on specific items on any given page they are served; what they return to and what they don't. When a new trend comes along (think "blogging;" or "social media;" or "online auctions," etc.), HUGE numbers of people create accounts in many places, and never use them again other than on the first day.

They get as far as the "confirm your email" notice, perhaps look around a little, perhaps upload a profile picture and otherwise never visit the site again.

Another common pattern relates to the people who frenetically use their accounts for maybe a week and then lose interest.

Then there are the "referrals." We enthusiastically recommend a group or organization to a friend, and they dutifully sign up out of a sense of respect and loyalty... and never log in again.

A quick note: Referrals are truly a double-edged sword. When they are attached to some kind of benefit or reward, they can drive millions of people to a venue, but they also are a gateway to extensive abuse and mis-use. The most successful referral programs tend to be those where the referrer doesn't get rewarded till the person they referred have become active. 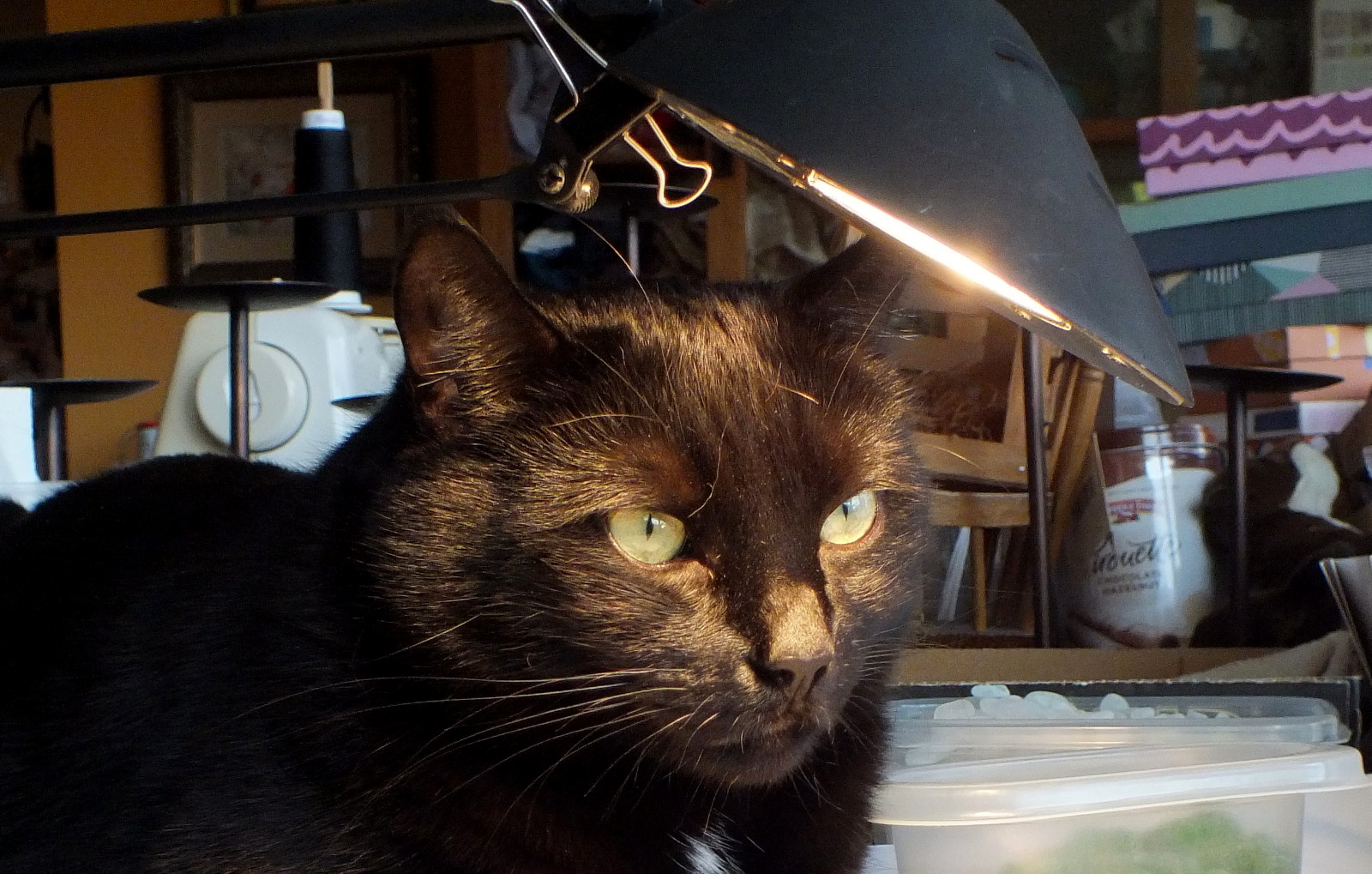 Love the warmth of a good halogen lamp!

Of course, there's no such thing as "100% retention" or "100% active usership." Even in a thriving and popular community getting just 5-10% of the people who create accounts to become actively involved on a longer term basis is a major accomplishment!

Consider that there are currently about 1.43 million accounts in the Hive database. Imagine what this place would be like with 143,000 ACTIVE accounts!

The amount of effort it takes to convert ghosts to users typically makes them the least important group. The most important group is actually the "occasional user" because it's a group that contains many people who can be converted to regulars, once they are convinced that (a) the community cares about them and (b) community management keeps the community dynamic and interesting.

The regulars are already pretty committed, and primarily look to the community to seem alive and like it is thriving. Their loyalty can further be earned by inviting them to be ambassadors for the community, inviting new people to join. Attributes: How Does "Stickiness" Actually Work?

In its very simplest form, "stickiness" amounts to community members feeling like the community is meeting or exceeding their hopes and expectations. People like to not only feel like they are part of something, but also that their voice matters.

Of course, more attributes can be identified, but ultimately, stickiness is somewhat intangible and involves each participant/member feeling "I'm really glad to be part of this!," and being able to sincerely answer YES when asked if they would feel comfortable suggesting the community to others who share similar interests. 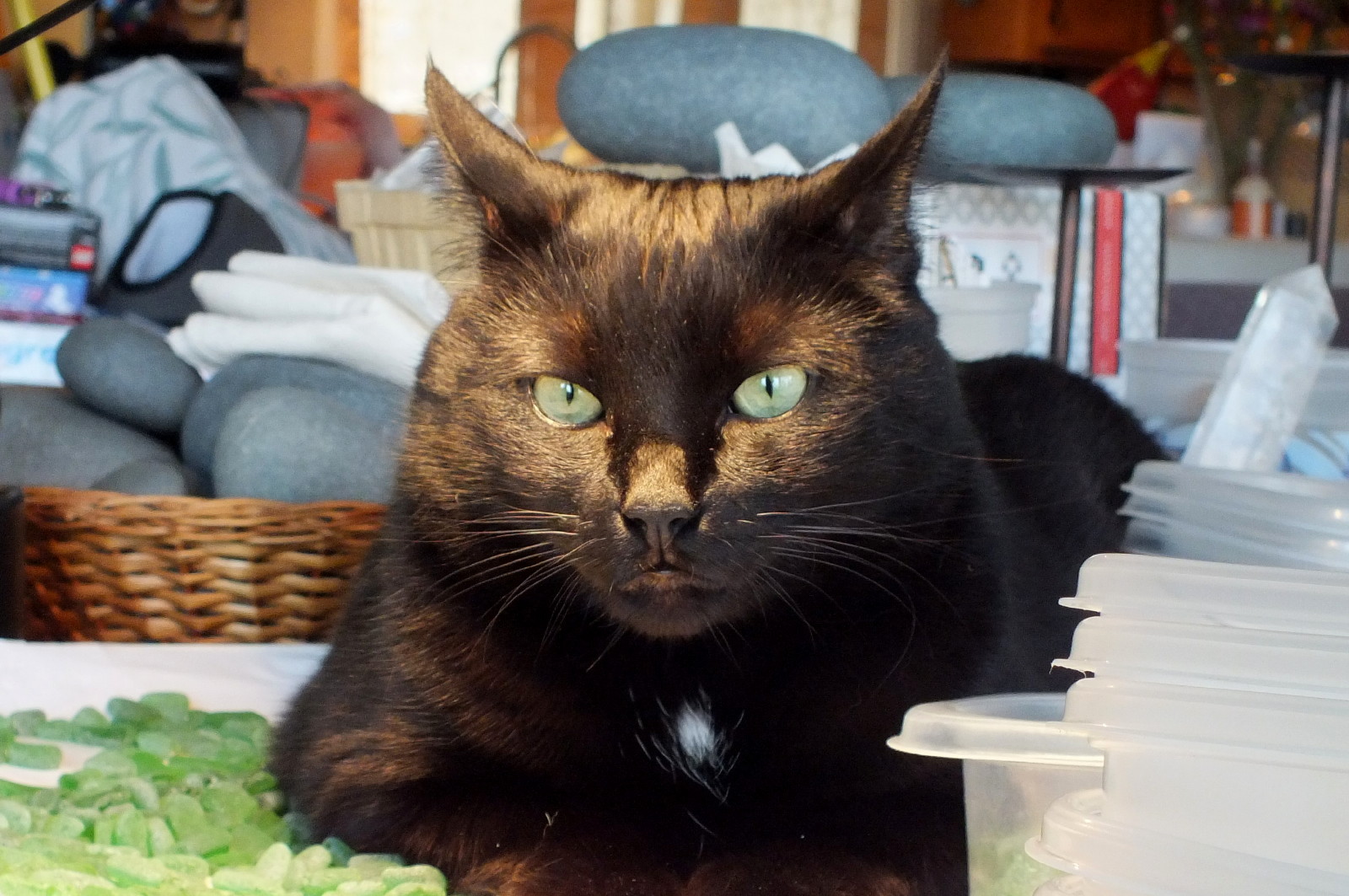 ENOUGH... with that camera!

Here in Hivelandia, we operate under the general understanding of — and desire for — Decentralization.

Perhaps the biggest "Achilles Heel" of decentralization is the temptation to fall into "We're ALL in charge of the ship!" thinking. But whether we love decentralization or not, fact remains that few things are ever effectively accomplished, absent some form of effective leadership.

Decentralization Does Not Preclude Management!

Without leadership, you basically end up with Steem/Steemit somewhere in its 3rd or 4th year. I always had the feeling that I was on a "ship" where everyone had some sense that we needed to do "something" to go "somewhere", but other than that it was like having 100 very willing sailors board the ship, some carrying oars, some with outboard motors, some with sails, some with buckets, some with paddles, some with only their bare hands, and then everyone starts trying to move the ship in no particular direction, because there's no sea chart, no scheduled destination, no weather reports... just enthusiastic chaos. Needless to say, we went nowhere.

However, I bring this up primarily as an example of what NON-stickiness is like: The majority of the "Brain Trust" that was Steem willingly became HIVE precisely because Steem had little — if any — stickiness!

Based on 25-odd years of community building, I can assure that if there had been working plans, management, transparency and enthusiasm in place on Steem when JS came along — no matter HOW much of a jackhead he might have been — it would have been a lot harder to dislodge as many people as we did, as readily as we did. 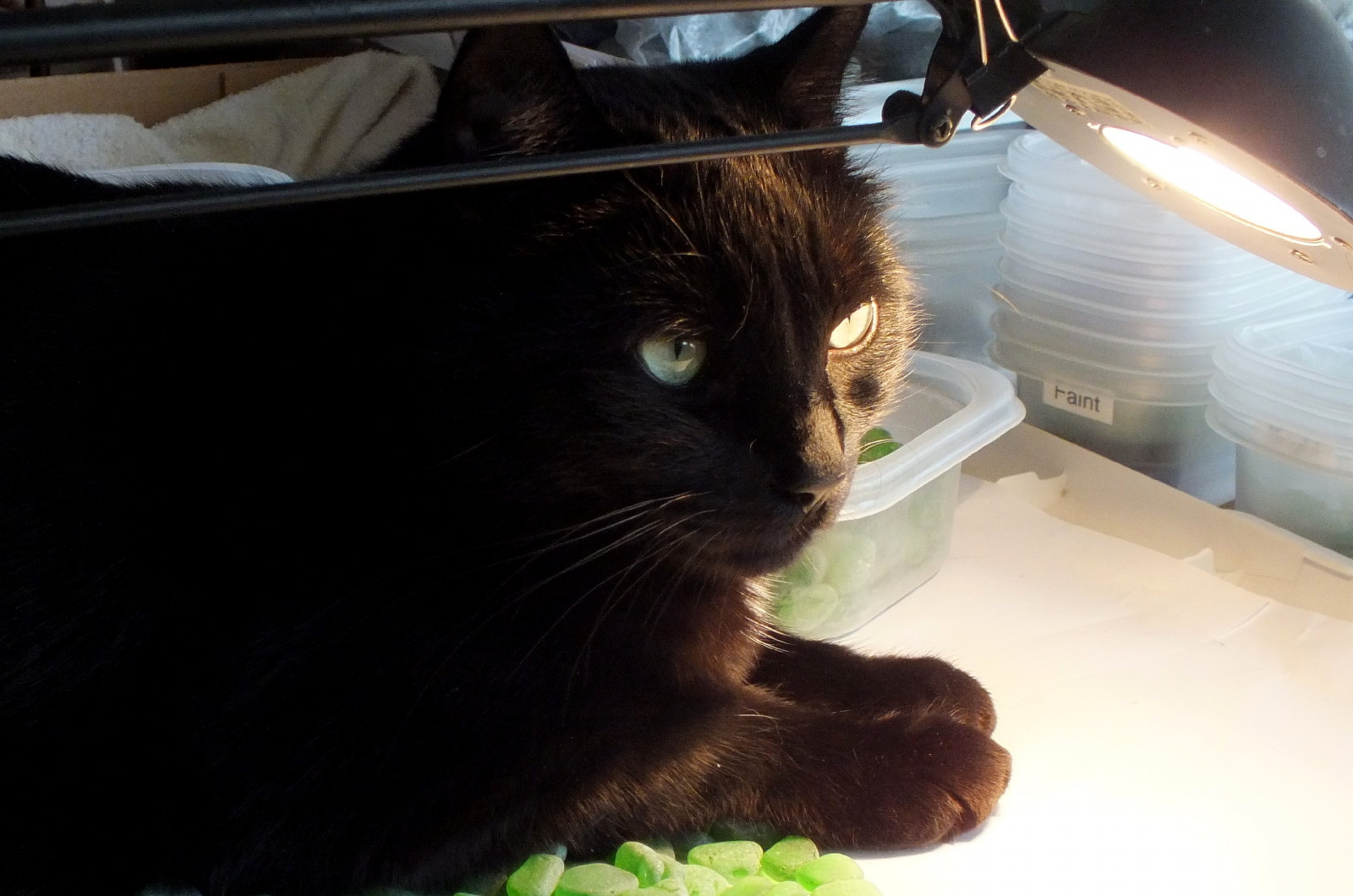 ... when there is synergy between those who "make it happen" and those who are "along for the ride."

Stickiness works when people feel like their participation matters, even if they are not the ones calling the shots.

Stickiness works when there is always a sense of forward movement, and the community never starts to feel stale.

Stickiness works when the community maintains a "culture" that makes it mostly irrelevant for members to seek out alternatives, because "things are GOOD here!"

In the end, we're all responsible for creating "stickiness" in our respective communities, but let's also remind ourselves that The Pareto Principle applies just as much in a decentralized venue as anywhere else!

In the Next Episode...

In Part 4, we'll look at the importance of focused publicity and word-of-mouth marketing as an essential part of community building.

Until then I'll say thanks for reading these articles, and everyone have a great reminder of your week!

Excellent points. The NeedleworkMonday community has a weekly event (Monday) and lots of members eager to show off their crafts. The CTPtalk community has a core group that came from ClickTrackProfit to the blockchain, then reached out and brought in new members with enthusiasm and engagement with a capital "E". The ctp group has multiple weekly events so we can all share in the success. !BBH This is an EXCELLENT post. It's well written and I love your ship metaphor.

It's super hard for community leaders that work their butts off for community stickiness. I like to think Natural Medicine does a good job at stickiness from the reports we get from our members.

But, sadly the reward system can be a determine factor. People DO go where the perceived rewards are too.

Steemit really felt like that, a ship heading nowhere despite all the enthusiasm, but Hive seems to be growing from the lessons learned. $wine 🍷