I am not sure I can handle this... 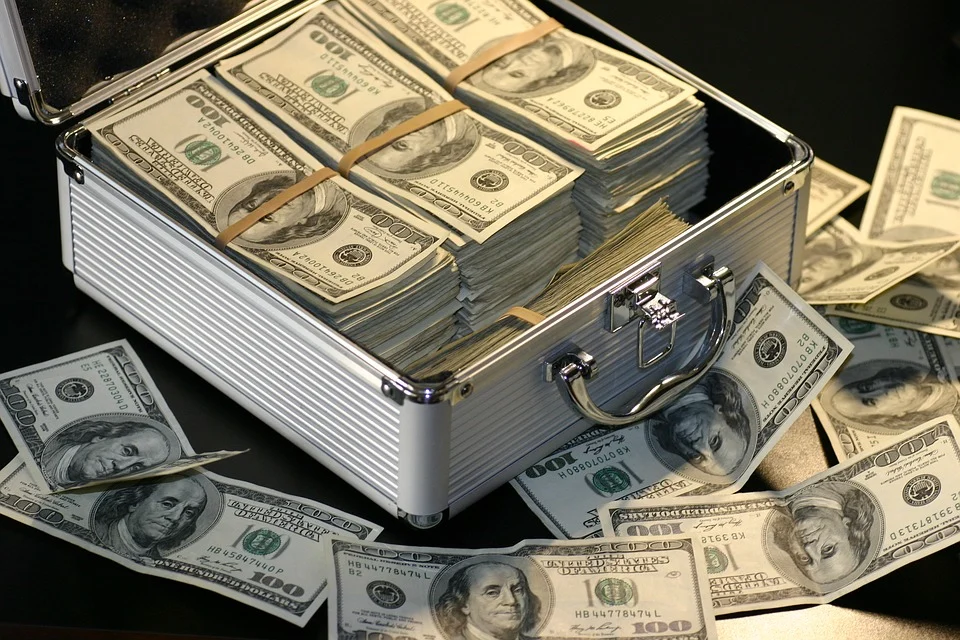 This is going to be one of those make or break weeks for me I think. There are a lot of potentially exciting things happening and I need to find a way to manage it all otherwise I might go crazy!

The biggest thing that has been on my mind all weekend relates to what I mentioned in this post. It was then covered again by @friendlymoose in this post.

This whole Alien Worlds thing has been preoccupying my thoughts for a majority of the weekend. In just about a day, the TLM token will get listed on Binance and the floodgates will open. Besides the people who have been playing the game looking to dump their TLM, there is also a large number of people on the BSC that have been staking their BNB in a pool to earn TLM.

This is likely going to tank the price from its current price of $5.47 to something much lower. But what will that number be? That is the scenario I have been playing through my head over and over all weekend.

By the time the token is listed, I should be sitting on about 5000 liquid TLM that I can sell on the Binance exchange if I choose to.

Let's assume worst case and the price of TLM drops all the way down to something like $.10 per token (although lower is possible). For the sake of running scenarios, let's stick with $.10 though.

That's still $500, which isn't too bad for the actual amount of work I put into Alien Worlds up to this point. I think the total amount I have actually spent on Alien Worlds is probably $200 to $300 max, so pulling out a $200 profit wouldn't be too horrible.

The other cool thing is, I generate TLM just from holding land on the planets. I could potentially be making a weekly sell in the range of $100 per week if the price held at $.10.

The funny thing is, I can accept the worst case scenario. That actually seems manageable to me. I think a small part of me would be relieved if TLM were to drop that far.

Oddly enough, it is the best case scenario that actually scares me. Based on those numbers, imagine if TLM holds its price of ~$5.00 (I know it won't, but lets imagine).

I know it sounds ridiculous, but I am not sure I am prepared to handle that kind of windfall. Those of you who have been fortunate enough to find yourself in this position, how do you even wrap your mind around it?

I am not even sure I would know what to do with that kind of money. I know it isn't like it would be in the millions of dollars, but five figures is still life changing money for a lot of people (including myself).

I mean, clearly I would be converting the majority of the funds and paying off real world debt that I have. I'd like to think that since it is going to be over on the BSC that I might move a small portion of the fund into Cub Finance. It would also be cool to move a portion of it into Hive and Leo to help continue my account growth.

I was thinking the other day, I just want it to all be over so I can see how it all shakes out. Right now the anticipation and the dread is killing me.

One thing I do know is that I hold a pretty small stake compared to a lot of other people in the game and on the BSC. A few of those people are going to be lucky enough to sell their TLM at the opportune time and change their lives forever.

Oh, I'm having the same issues. I have a bit less with 3650 TLM at the moment, but when the price is $5 that's still over 18.000 dollar. That can't come true...
I've started mining TLM in Alien Worlds around December I guess and only invested time and no money, so every profit is nice, but indeed the idea of this amount is scary.

You mention it opens at 2 AM your time. Do you have a link with the info? I really want to be online when it opens and know what I should do.

No, I don't have a link yet. Just the fact that it is being listed at 6:00 AM UTC on April 13th. The way I have it figured that is going to be 2 AM my time. I agree, the price likely won't hold at $5. I wouldn't complain about $3 for a prolonged period though. Say six months...

That's 7 AM CET. I have to get up early them
But now how do I find out how I can cash out my TLM 😀

Let me see what I can find out. I will send it to you in Discord if I find it.

I would just take the profits. Everything afterwards would just be a free trade. I don't know what to do with TLM and I think I have farmed maybe another 100-200 while the exchanges were down. Its been a little slow as I earn maybe 25-30 TLM on average a day.

I am just ready to see the price bottom and move forward from there...

Yea even the Aether Market is starting to go up and I am liking that. All that work in staking NFTs is starting to pay off since I make over 600 Aether an hour now.

That is awesome! Aether could see a real boom when they launch land later this week. I am hoping I can get on the whitelist.

I wasn't really keeping up with the land launch but its definitely nice. I think I am adding about 12 aether per hour every day to my RPlanet stake so maybe it will turn into a decent size return.

Though most of those extra funds disappear due to my need to buy a ton of RAM. But its an investment for the future. I use to use the funds from TLM to WAX but the exchange has been turned off. Though I wonder if its more profitable to start investing more in Alien Worlds TLM builds or not.

I think there are some exciting things coming on both sides. If you just hodl, you should be able to make a decent profit for not much invested.

I haven't invested anything in WAX. Though most of my actual assets are in NFTs. Those Kolobok NFTs forced me spend a ton of WAX on RAM. I think I am up to about 900 Kolos in my stash so I am tempted to stop breeding.

Do you just have those sitting there or are you at lest staking them on RPlanet? I bought a couple but I haven't had much luck with them yet.

IDK I think the price might be good along as the bridge from wax to bnb is not ready I think we may see the price say around 3-5 $ mark. Don't take this as advice of course 🤣

I hope that is the case. $3 to $5 would pretty much make my week! It opens at 2 AM my time, so I am going to miss the big push anyway. My best bet is that is stabilizes somewhere above $.50.

You in Detroit? Well that's 2 am for me to😤 hey I would be happy with.50 cents not as happy as some with a few hundred thousand

Yeah, for sure. I have a quite a bit staked too, but I am going to leave that alone for now. The hype that is growing around AW has me thinking keeping some money in game is not going to be a bad move.

Ignore the windfall because it is just the start. Get into the abundance mindset. There is a lot of money floating around, it is time for you to get some of it.

There are plenty of opportunities out there. You just need to get involved in them.

Well, what are some of them🤣. Hell I could use a 10x.i have been happy with my small gains but a 10x that's what I am talking about 🤣🤣🤣

Hey, if you have any recommendations I am all ears! Like I said though, if it is the larger end I will likely try to reduce some debt. That will free up money monthly that I can then pump into different projects. I might even be able to start a monthly Hive buy or something like that. We will see how it all shakes out...

TLM was almost worthless last time I looked, I have a little left. Pay off your debts @bozz, debt is evil.

That is the plan if things go well!

Get what you can if it helps your finances. Of course it could go much higher, but it's all a gamble. I do wonder if there is a bubble. There's only so much money people will invest and there are so many crypto projects.

I'm happy to play around on Hive as it's just my time being used and it's fun.

Hive is a whole different story for me because it is something that I have invested a lot of blood sweat and tears into. All of this other stuff is just frosting. If it ends up working out. I am definitely going to take some kind of profit. Just not sure if it will be big or small at this point.

I tried my hand at Alien Worlda couple of months ago but it didn’t ran too well on my laptop - mainly gave me ERRORs - nor did I really get the whole WAX craze so I gave up on it. I‘m happy for you though and hope you enjoy this newly found abundance!

WAX is going to be huge. I have already done really well with it given when I got it. I agree that Alien Worlds is not going to be for everyone. It has a niche though, that I think will attract a lot of like minded individuals.