Better to be lucky than good 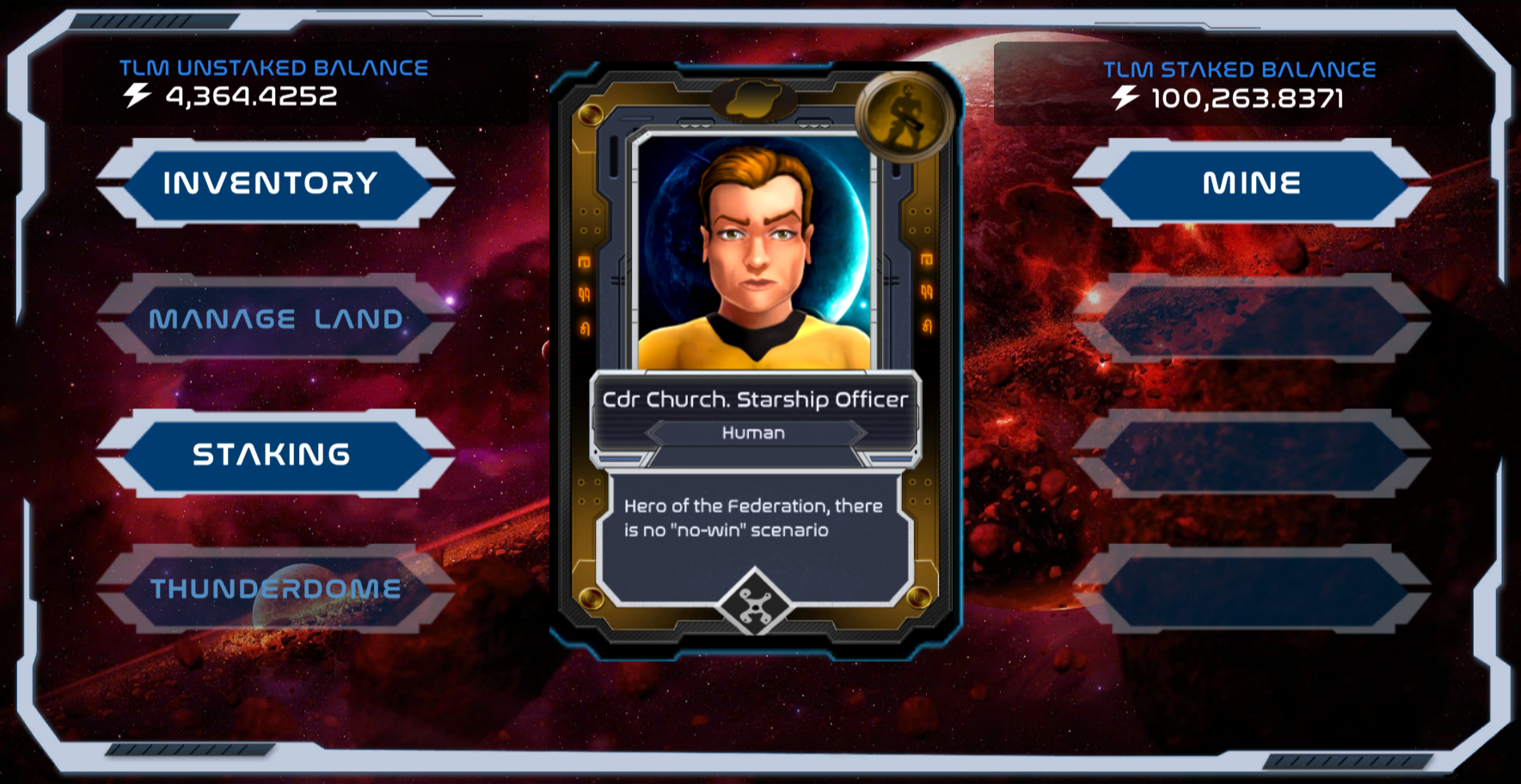 In case you haven't noticed, besides DeFi and NFTs, bridges have become the big thing lately. Many different groups are working on them for a variety of reasons. Though they all maybe called different things, they all pretty much serve the same purpose.

For just about as long as blockchain has been around, there has been difficulty moving assets from one chain to another. Many projects have attempted to tackle this issue, but until they have it figured out, bridges seem to be the answer.

Leo is working on their own bridge right now and I expect we will see that launched in the next couple of weeks. WAX is working on a bridge of some sorts and then there is the reason I am writing this post.

I hold a fair number of NFTs on the WAX blockchain. Some of the NFT games that I am most heavily invested in are Dark Country, Koggs, and [Alien worlds(https://alienworlds.io/)(pictured above). Alien worlds has been one of my best gambles so far in terms of NFT investments. I have mentioned before that I purchased 4 pieces of land for about $30 a piece when they launched. Those lands are now selling for a minimum of $2500 a piece on the secondary market.

The main reason I haven't sold them is because holding land earns you TLM on the WAX blockchain. There are a lot of people who have faith that TLM will one day be worth more than the fractions of a cent it currently is. On the Alcor exchange you could convert TLM to WAX. With WAX being at $.21 now and TLM being worth about .11 WAX there isn't a ton of value there yet.

Then the Bridge Happened

The Alien Worlds team has been working on a bridge(AKA Teleport) to move TLM from the WAX chain over to the ETH and BSC chains. They recently announced their teleport to convert TLM:WAX to TLM:ERC20 and TLM:BEP20.

A few lucky individuals noticed that the bridge was open for a short time the other day and moved a fair number of their TLM over to one of those chains. Then, about mid morning yesterday, those new TLM tokens were listed on Binance and most people watched in dismay as the price skyrocketed to $4.00 per TLM.

Sadly, I was one of those people whose TLM was stuck over on the WAX side of things. Equally unfortunate is that fact that we know as soon as the teleport opens back up, countless people are going to be trying to move their TLM over and that $4 per TLM price we were seeing will likely "tank" (for the time being).

I just have to say congrats to those fortunate few who were able to make a killing on their TLM. I've gotta believe it was sheer luck and just being in the right place at the right time that allowed them to take advantage.

If you notice in my account above, I have about 4000 TLM liquid that I could have moved over. The other 100,000 TLM is staked to the planet Kavian for voting and participation in the Cabal $16,000 would pay off a lot of bills for me. In fact it would probably eliminate all of my debt except my mortgage. How awesome would that be?

Better luck next time I guess...

Wow I was wondering what the hype about TLM prices going up were about. I have been dumping my TLM over the past few days at whatever the market price was due to the high prices. As for Alcor, they stopped the trading of TLM and I fully plan to change out TLM for WAX.

They stopped trading while they work on the teleports. I think the exchange price to WAX right now is only a fraction of what we are going to see in the future. The real action will likely take place over on the ETH/BSC side. Especially once they open up the liquidity pools I think they are working on.

Sounds good. I plan to fill up my TLM while we wait for everything to be sorted out and the prices will correct naturally in Alcor. I don't know about the liquidity pools since I am more focused on using it as a source of free TLM/WAX.

I am going to wait to see how things shake out as well. A lot of it will depend on what the markets to once the teleports open back up. I think that will guide a lot of things.

No, like I said, better to be lucky... I actually think the price is going to keep going up as they start adding more stuff to the game. I had a soft target to sell one of the four pieces at $2000, but I think I am going to hold until $5000 now. I might get burned, but that is a risk I am willing to take.

Good move I hope you can get $4 brocade that would be awesome to eliminate all that debt. I’m wanting to pay off all my debt with crypto that would be the dream. I’d love to see hive/Leo pump enough to cover my mortgage

Yeah, that would be totally awesome. My mortgage will probably be the last thing to go. I need to get my truck and the loan we took out for our fence paid off first. It would be nice to get enough principle on our mortgage that we could stop paying PMI. That's like $50 a month savings right there!

Man that's crazy. I have 3k TLM and when you said it was worth 4$ for a short time I went WTF. Only MXC exchange is trading this atm according to coinmarketcap.

That valuation at 4$ was crazy, now it's 1.2$ but this project is unique and it's getting more and more traction, who knows in crypto where the real value is. But if I could sell right now I 100% would. Quick 3.6k $ that I never expected to get :)

Yeah, for sure. I am kicking myself that I didn't know the teleports were open. Like I said, though, I think a lot of it is just dumb luck. There was never an official opening date or time given, so you just had to be refreshing or something.