The way of The House Househusband Review

kapitanrosomak in The Anime Realm • 2 months ago (edited)

The best comedy anime of the year. Yesterday, the anime The way of The House Househusband had its premiere, which is amazing. The main character of the legendary Immortal Dragon abandons Yakuze in favor of everyday life. Anime is full of funny dialogues and situations.

Since the powerful customer status was imperious, now he has to face cleaning the house and making purchases, for ordinary people it will be easy, but here we have many funny situations that can happen to everyone. Anime also perfectly ridicules this whole Instagram craze convention where the elders try to make perfect food and only gets one heart. 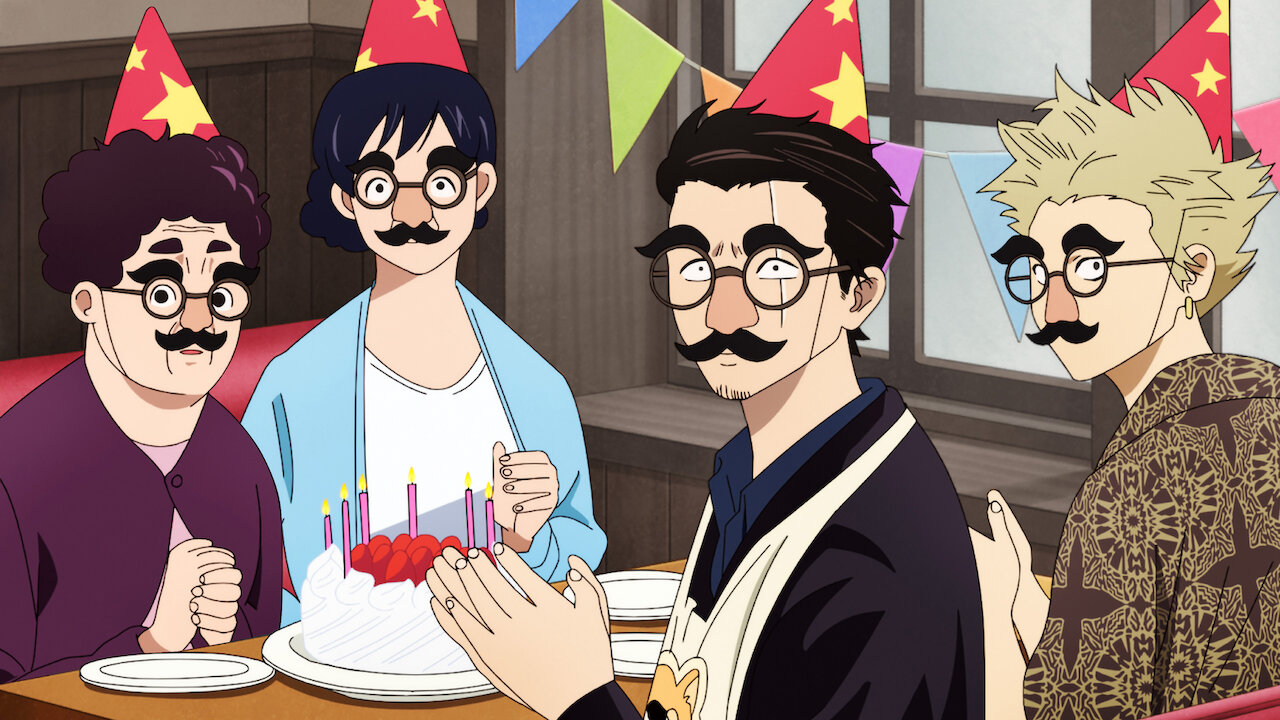 Tatsu, quitting Yakuze, married a beautiful woman who works every day and his duties are to make the house shine and his wife had a delicious dinner. However, former enemies and friends make themselves felt, and Tatsu must calm them down without violence.

The anime is very cheerful, slightly slapstick, and the whole thing is completed by dark Tatsu who wants to be perfect in what he does (even burying the doll makes him right as if he was just burying the corpse).

The great Immortal Dragon which everyone is now afraid of the cockroach. Each episode consists of several short stories about the everyday life of the protagonist from shopping to trying to buy a car, of course, in its own funny way. It's been a long time since I saw such a great animation that made me laugh with this irrational approach.

The anime is based on the manga of the same title and here the creators did something great because anime and manga look very similar.

The only downside of this production is the length of each episode, which is about 16 minutes and there are only 5 of them, which is definitely too little because the series has great potential for longer episodes, even if they would move away from the manga a bit.

Summing up, Anime is great, funny in places even comical and the main character fits this production perfectly, I recommend 10/10 for me because I have not seen anything so funny and well done telling about everyday life.