sweettais in GEMS • 2 months ago

Hi friends! I decided to draw a Niffler from the Harry Potter universe. 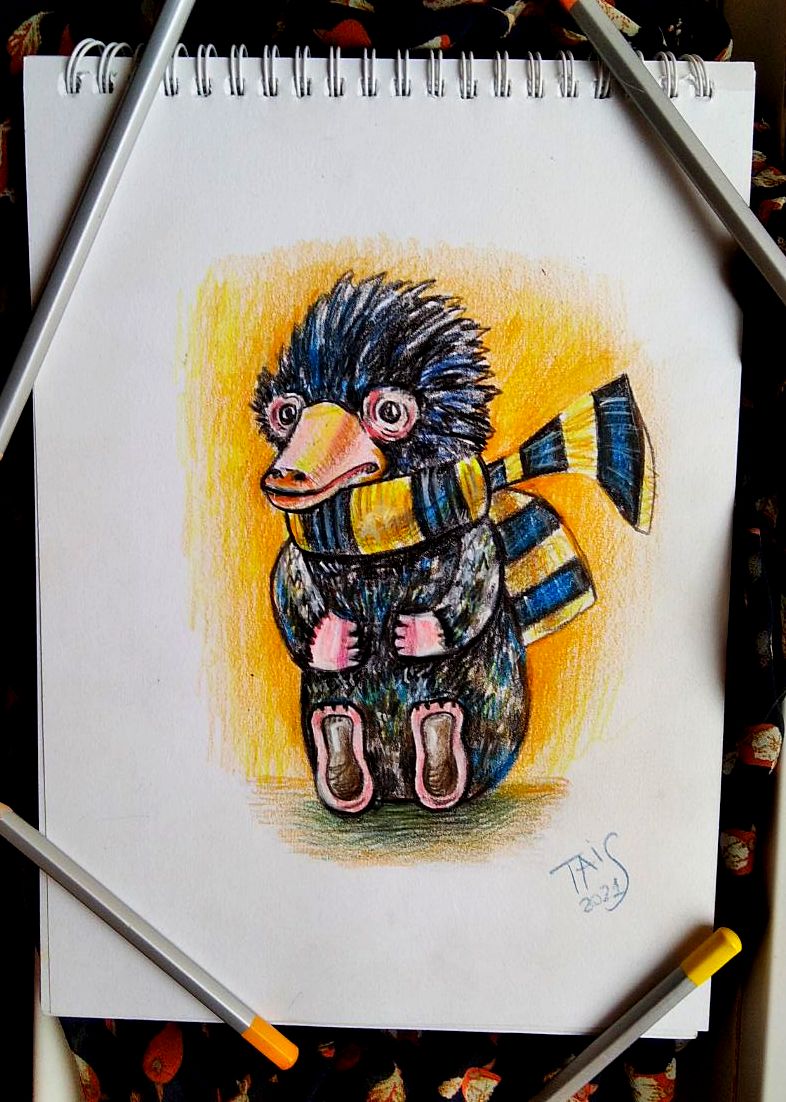 A Niffler looks like a cross between a mole and a platypus, and, despite this not seeming like an advantageous route for evolution to take a creature, the Niffler works it to his advantage. Even though he has tiny paws, he can climb as if the whole world was made of ladders, and snuffles along the ground after gold like a pig rooting out truffles. But as well as being curiously practical, the Niffler was arguably the only beast in Newt’s menagerie that was actually cute.