THE MAN IS UNKNOWN 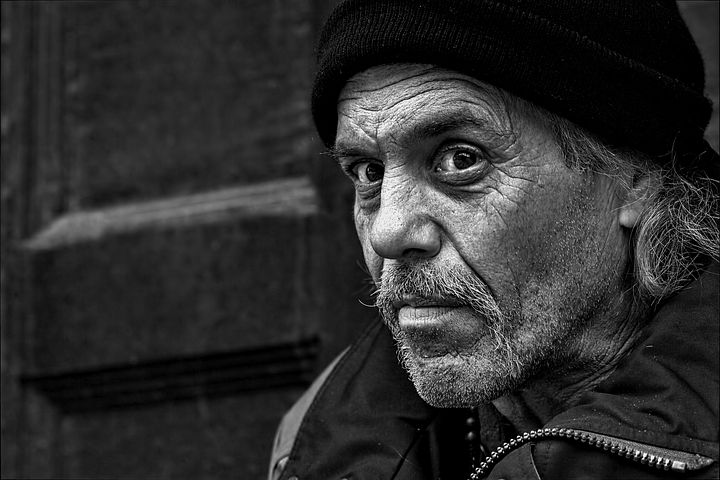 I looked through the topography of life, what I found was quite fascinating ; I saw hills, mountains, oceans, rivers, rocks, etc. They are visible and what any rational mind can appreciate. I looked further to see the creatures occupying the earth itself, I looked at the surface of the earth, the subjacent and the superjacent all was indeed beautiful. Now I tend to concentrate on the behavioral pattern of all this creature but there I found some abnormalities. Some creatures' behavior can be predicted why some can never be fathomed. In a nutshell what are these creatures and how are they classified?

Animals here are classified into two sections, we have the domestic and wild animals which have been segregated based on their trait and their brutal cum mild propensity. As an observer you know what to expect from each of these animals and they will never disappoint you. They have different habitats and put up different methods of theirs and these traits are being passed down to their offspring. Meddling with them is at the detrimental of the so called persons because we all know the ability of this animal although around the world now people are tirelessly trying to domesticate some really fiery animals ; you know what "I don't think I will be a party to that".yeah it my one cent.

They are called homo sapien, I address them as the most complicated creature on earth simply because humans themselves are not able to understand themselves therefore it gave birth to the study of psychology. Amongst men there are traitors, betrayer, saboteur and the likes and the most astounding aspect to decipher is that you can't tell in particular which man would exhibit this act. The behavior of a man changes faster than the skin of a chameleon. The man you lean on might be the one to make you limp on. Humans are the enemy of themselves; the hunger to dominate has led many to be a disaster to their own and the world at large. The Economist highlights the human as an insatiable being. In essence the wild animals have stopped hunting humans, they are now the ones hunting themselves. There are a series of theories that the resources available to man are scarce but in the other sense humans still appreciate and accommodate the capitalist tendency.

The unification of humans is far beyond conventions, treaties or whatsoever. What we need is an overhaul of our mindset. I am religious but not a fanatic or extremist; religion gave us a veritable excuse that the devil is responsible for any evil perpetrated by man but measuring with the parameter of what I had seen in my short spell here on earth human beings are now surpassing the devil. The heart of men is the deepest place to dredge. A smiling face does not connote a good heart nor does a frowned up face connote bad intentions. I don't really know who you are.

Congratulations @sir.skillful1! You have completed the following achievement on the Hive blockchain and have been rewarded with new badge(s) :