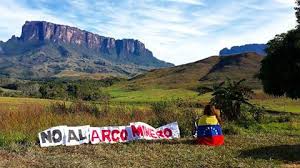 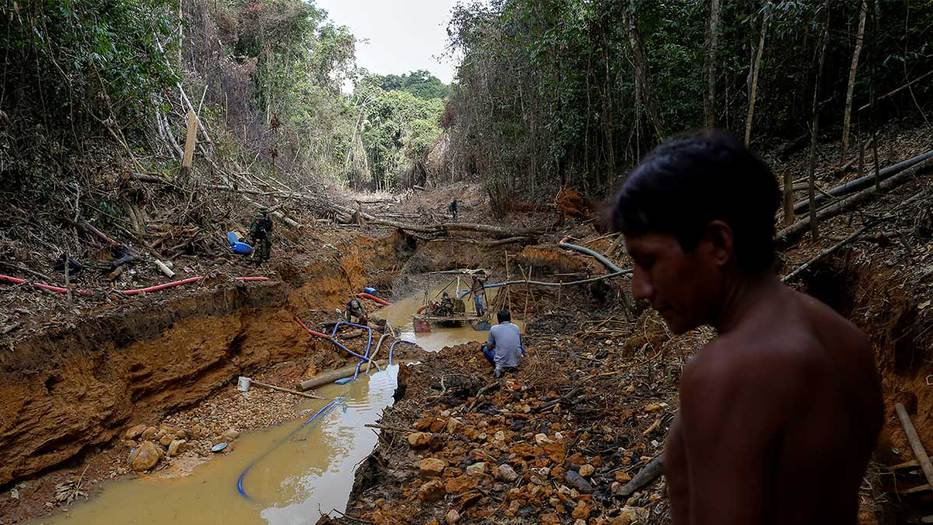 ENGLISH
To the south of the Orinoco River, in an area of ​​111,843 square kilometers (greater than the territory of Bulgaria, Liberia or Cuba) in the Bolívar state, lie the largest mineral wealth in Venezuela and one of the most important in the world. Gold, diamond and coltan rest in the bowels of the Guiana Massif for millions of years. FUENTE
Those most directly affected are the indigenous peoples who have occupied the intervened territory since ancient times, as well as the ecosystems of global interest, since the Orinoco Mining Arc is part of the Amazon. The project is progressing without the corresponding environmental and sociocultural impact studies having been prepared.

Uncontrolled inflation (the highest in the world according to some consulting firms) hits Venezuelans.

The amount of land used for mining has more than tripled since March last year, according to a study by local nonprofit Wataniba. Activity is expected to accelerate further after the authorization in April of new lots on five rivers.

Venezuela already has a thriving illegal gold industry that devastates waterways, forests and indigenous communities, and finances violent armed groups. Now authorities are helping supply equipment to set up more formal operations that process gold through a new state facility and sell the metal to the government. Work continues even amid strict lockdowns and fuel shortages in the rest of the country.
Mining is invading national parks and protected areas, including near Angel Falls that inspired the Pixar movie "Up."

The gasoline shortage that has led to strict national rationing since March has not stopped mining in Venezuela. Fuel in mining areas is available at $ 5 a liter, the highest in the country, the people said.
The deep economic crisis affecting the entire country, plus the collapse of PDVSA and the entire Venezuelan oil industry, further aggravated by the sanctions imposed by the United States, have made the government increasingly dependent on the extraction of oil. gold and other minerals from the Guayana region.

Arco Minero del Orinoco, has become a lifeline for the regime. In this regard, it is to be expected that mining operations will increase in the state of Bolívar, even within the Canaima National Park. In fact, the mining activity that is being developed in the Mining Arc and the adjacent areas depends to a great extent on the promotion and protection of chaotic mining, an activity carried out by medium-sized mining operators ”.

Serious human rights violations have been committed against the inhabitants of the Canaima National Park and its surroundings.

Meanwhile, the regime gained political control of the municipal district of Gran Sabana and has reinforced the presence of its military forces and irregular or paramilitary groups ”.

Living conditions in the mining areas are appalling, with no running water, electricity or sanitation. Wells with stagnant and contaminated water as a result of mining are a breeding ground for mosquitoes, causing an increase in malaria cases in the region, which affects not only migrant workers but also indigenous communities.

Both groups are also severely affected by mercury poisoning. Mercury is widely used in the region to separate gold from other minerals, and workers and people living in the area breathe in the toxic gases created during the process. It also spills into the ground and seeps into rivers.

Illegal mining affects the enjoyment of individual and collective rights of indigenous peoples, due to the destruction of their habitat and the lack of control over their traditional territories and natural resources.

In a country where the minimum wage does not exceed $ 3, including the food voucher, a 45$ gram of gold is a treasure, or rather it could be if they had to pay 80% of the vaccination to the so-called Unions.

Congratulations @safiro! You have completed the following achievement on the Hive blockchain and have been rewarded with new badge(s) :