The Cursed Ship: The Mistery of 'Mary Celeste'

“It is a mystery that has plagued countless people, including the families of lost sailors and hundreds of others who have tried in vain to solve the puzzle. The ghost ship may be the best example of the old proverb that the sea never reveals its secrets.” 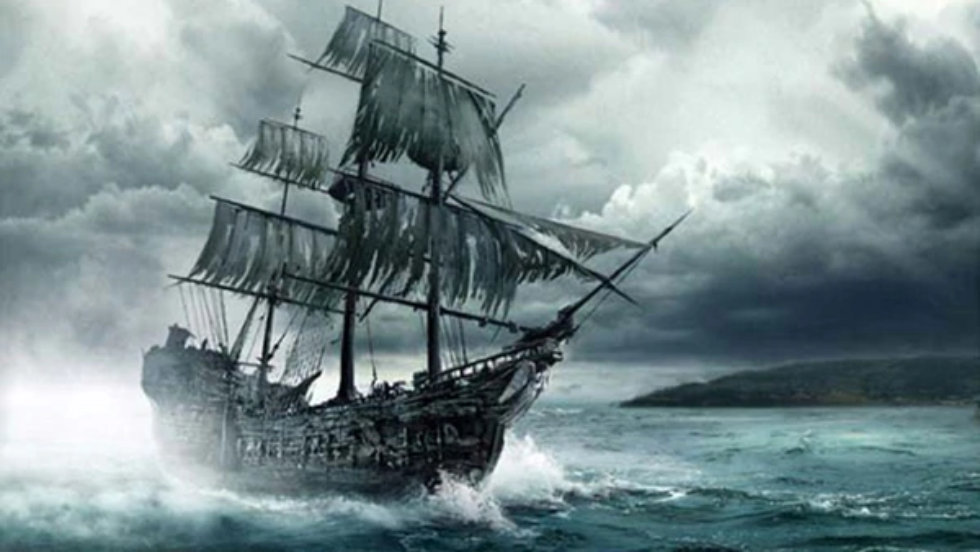 A few minutes would have passed after 1 in the afternoon of that Thursday, December 5, 1872, when Captain David Morehouse who was on the deck of Dei Gratia (By the Grace of God), is informed by a helmsman of its crew that about 6 miles away, a ship had been located with erratic course.

As he approaches, Captain Morehouse cannot make out anyone on deck, nor does he get a response to the signals. Observe the strange arrangement of the sails of that brig, a two-masted or masts boat that would take its name from brigant (bandit) because its speed and maneuverability made it one of the favorite ships of the Mediterranean pirates.

Noticing that this was not a normal situation, he decides to send his first officer, Oliver Deveau and second officer John Wright, to investigate. From the name on the stern the sailors would realize that it was the Mary Celeste, an American merchant ship that had sailed from the port of New York a few weeks ago bound for the Italian city of Genoa.

When boarding the ship, no trace of the crew is found. They note that the sails were partially unfolded and with some damage. In the hold of the boat they find around 1 meter of water, a significant amount but not alarming for a ship of this magnitude, likewise, they find the load of 1701 barrels of industrial alcohol from the firm H. Mascarenhas & Co completely intact. The logbook would be found in the first officer's cabin, with November 25 being the date of the last record, that is, 10 days before.

In the captain's cabin all his belongings would be found, however, they could not find his papers and navigation instruments. In the kitchen area were carefully kept equipment and cupboards full of food and drinking water for at least six months of navigation. Before leaving the ship, sailors would note that the lifeboat was missing, which the crew allegedly used by the crew to abandon the Mary Celeste.

Informing Captain Morehouse about the results of the inspection carried out on the abandoned ship, he decides to take the brig to Gibraltar, located at a distance of about 1,100 kilometers from where they were located. According to maritime law, those who rescued a boat obtained a substantial share of the total value of the rescued: ship and cargo. The exact reward would depend on the degree of danger inherent in the recovery process.

After a long and eventful trial for the ransom of the Mary Celeste where Morehouse would be accused of fraud, the court would announce a reward of £ 1,700, much less than general expectations. Regarding the missing crew, answers would never be obtained. His fate to this day remains in the most absolute mystery. Built in the Joshua Dewis shipyard in Nova Scotia, Canada, between the end of the year 1860 and the beginning of 1861, with the name of Amazon. Its registration documents would describe it as a ship 30.30 meters long, 7.80 meters wide, 3.60 meters deep and 198.42 tons gross weight, owned by a local consortium formed by nine people, including Robert McLellan, the first captain of the ship.

On its first voyage in 1861, the Amazon would pick up a shipment of wood that would cross the Atlantic to London. After supervising the loading of the ship, Captain McLellan would fall ill, being forced to return to the shipyard, where he died on June 19. The voyage would resume with John Nutting Parker as captain. Over the course of the journey, the Amazon would collide with fishing gear in the Eastport Strait, Maine, and after setting sail back from London, would hit a sailboat in the English Channel, sinking it.

In October 1867, the ship would be washed ashore by a storm on the Atlantic coast of Canada, being severely damaged, so that its owners consider it lost and proceed to sell it, finally being acquired by a New York sailor by the name of Richard W. Haines who would pay $ 1,750 for the remains of the ship, and later invest $ 8,825 in its restoration. Haines would register him as a US ship in New York Harbor in December 1868 under the name Mary Celeste

The vessel would be confiscated by Haines creditors in 1869, being sold to a local consortium. Subsequently, it would undergo an important reconditioning process in 1872, which expanded it considerably, increasing its tonnage to 282.28.

Captain Benjamin Briggs a devout Christian who used to read the Bible, would take command of Mary Celeste for the voyage to Genoa. He would be accompanied by his wife and little daughter of just two years old.

The crew, carefully chosen by the captain, would be made up of the first officer Albert Richardson who had previously sailed with Briggs; Second Officer Andrew Gilling, of Danish descent although born in New York; the flight attendant, the newly married Edward William Head; and four German sailors: the brothers Volkert and Boz Lorenzen, Arian Martens and Gottliebo Goodschaad. Briggs would arrive at Pier 50 located on the East River in New York on October 20, 1872 to supervise the loading work.One week later, his wife and daughter would join him. On the morning of Tuesday, November 5, the Mary Celeste would set sail, however, the weather conditions were not the best, so the captain would anchor the boat just outside Staten Island. Two days later, when conditions improved, they would enter the waters of the Atlantic Ocean, beginning the fateful journey.

The Mistery of "Mary Celeste"

The mysterious and inexplicable disappearance of the 10 people who were on board the Mary Celeste would give rise to endless theories, some more absurd than others. At first, it was thought that the crew would have drunk of the alcohol that the ship stored in their holds, and once drunk, they would mutiny, assassinating the captain and his family and then throwing their bodies into the sea, abandoning the ship in the lifeboat. However, no evidence of violence on board was found to support this theory.

Natural phenomena would also emerge as probable causes for the abandonment of the ship, such as the appearance of an iceberg or an earthquake at the bottom of the sea, however, hydrographic evidence suggests that an iceberg adrift in that area is very little. probable, and had it been so other ships would have seen it. In relation to a sudden earthquake at the bottom of the sea, which could have caused a tsunami of such intensity that it affected part of the alcohol load, releasing toxic vapors with the consequent risk of explosion of the ship, for which the captain would have taken the The decision to evacuate the vessel, however, the absence of damage caused by an explosion and the good condition of the cargo at the time of discovery tend to weaken this theory.

In a short 1884 tale of the then-young Arthur Conan Doyle titled "J. Habakuk Jephson's Statement", the author describes how a former slave bribes the crew of a ship named Marie Celeste to assassinate the captain and take possession of the ship that would divert to the coasts of West Africa, where he murders the rest of the passengers except for one who had a magical charm that was admired by him and his accomplices. Even though the report was fictional, the United States consul in Gibraltar would be intrigued enough to ask if any part of the story could be true.

With the passing of the years, the enigma of Mary Celeste would increase. Various newspapers published stories of alleged survivors who claimed, in one case, that the occupants had been drowned or eaten by sharks when they fell into the sea as a result of the collapse of a provisional structure where they were gathered. In another of the stories, a sordid history of madness and murders was narrated in complicity with the captain Morehouse and the crew of Dei Gratia

In its issue of September 17, 1904, the Chambers's Journal suggested that the entire crew of the Mary Celeste was caught one by one by an octopus or giant squid, the dreaded Kraken, that enormous sea creature from Scandinavian mythology that emerged from the depths to devour entire ships with their crews on board. According to the Museum of Natural History, London, a giant squid can be up to 15 meters long, and there is evidence that they have attacked boats, however, this theory would not explain the disappearance of the lifeboat and the captain's navigation instruments.

Other explanations appeal to the mystery of the Bermuda Triangle as the cause of the mysterious disappearance of the passengers and crew of the Mary Celeste, although the boat was located halfway between the Azores archipelago and the coasts of Portugal, quite far from the area. Similar fantasies would consider the theory of a possible abduction by extraterrestrial beings in flying saucers.

The truth is that almost 150 years after the mysterious disappearance of the passengers and crew of the Mary Celeste, is that in the search for possible explanations, the creativity of the human being knows no limits.