In 1991 when Street Fighter 2 first released I would have been 7 years old.I cant remember exactly the first place I ever saw the game but I do remember being on a cruise ship in either 1991 or 1992 and playing this game alot of the time in the ships arcade. 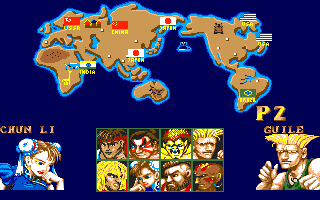 One of the things I loved most about the game back when I first played it was the bonus stages where you need to destroy a car.Letting loose on the car is still incredibly satisfying today :)...

My favorite character from the original line up is Ryu ,in this Retro Replay I start with Ryu and see how far I can progress with him before checking out the rest of the characters.

Lets do this :)
(Sorry about the low volume on my commentary,I need to figure out how to lower the volume on MAME )