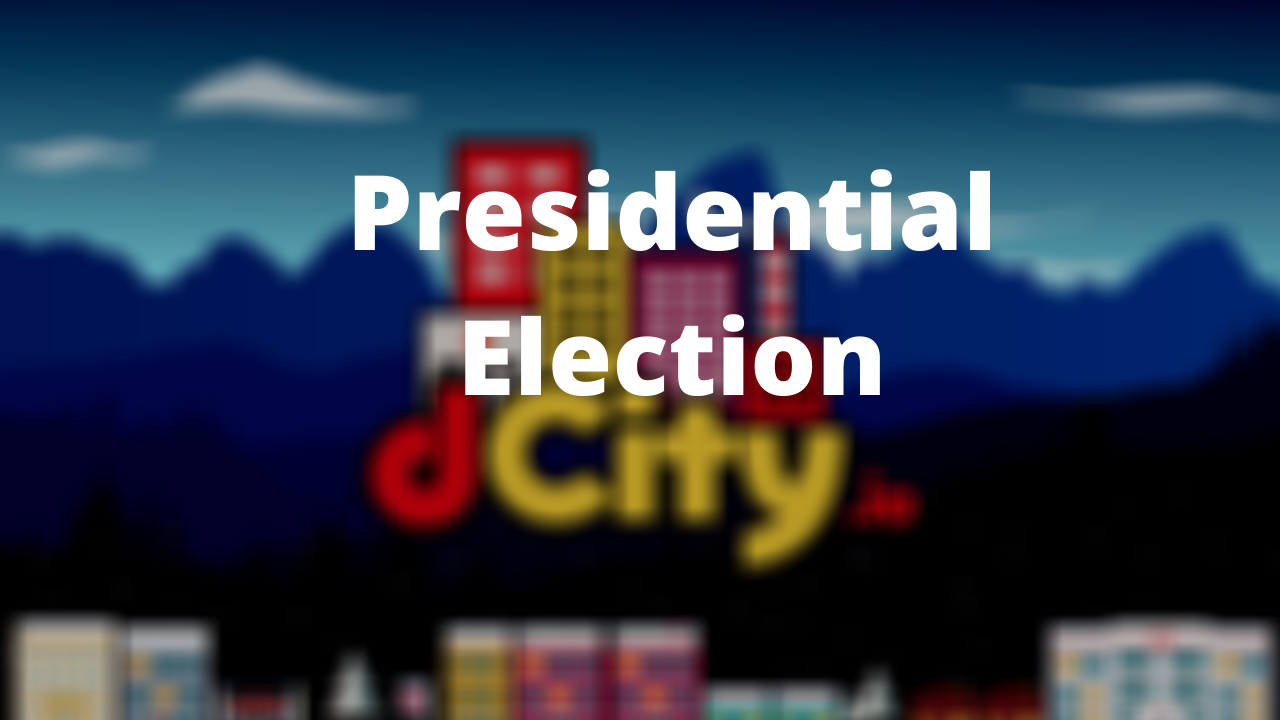 The elections will last for 7 days after which the first dCity president will take office 😊.
Up until now @gerber was having this role trying out different things and options.
As for the other DPoS systems the voting is stake based. Each mandate is two weeks long after which new round of elections is starting out.

Here is the current standings: What is the role of the president?

In short, the president set taxes! For now 😊.
This mean he can control the rewards in SIM that players get. Rewards are touchy subject as we all know, so things can get interesting.

These are the taxes:

A total of 8 different type of taxes. Some of them are generic ones, like reducing the overall SIM inflation, taxing everyone, but others are cards/buildings specific. For example, the war tax redistributes inflation to the owners of the MIC building. The Eco tax increases rewards for the wind and solar.

This means that players can build strategies around different type of taxes, accumulating certain buildings/cards and then trying to put in place the president that will be in favor for these taxes.

I have already seen some players and candidates lobbing about different strategies, and some interesting talks happening in the discord server. Its quite fun 😊.

As mentioned above its stake based voting. Meaning the players who holds the most SIM (the in game token) decide who will be the president and set taxes.

The stake is calculated as a 30 day average from the players SIM holdings.

This means that players are now incentivized to hold SIM if they want to have more influence in the president elections and the taxes/rewards.

There are official game accounts on the list here like the no.1, but we can also see a few players with more than 100k SIM holdings. Also have in mind that there is around 500k SIM distributed daily as rewards, so this list can change.
It will be interesting to see how the election process will influence the rich list over time.

A new era begins for the dCity game with players in charge for the rewards. It is really a push for decentralization of the game and in line with the whole crypto ideology.

Not sure about the classic games, but I can tell for sure that in the short history of the crypto gaming there hasn’t been any other game that has introduced something like this. A governance from the players.

Can you explain why "pin" is there for @ecoinstant,@rishi556 and @forykw .

Look like it is non profit office but really powerful, Think after accumulating all MIC, President decide to put war tax.

Not sure what do you mean by "pin" ... there is an attachment for those accounts and that is a post from them explaining their political platform :)

Attachments/post are made by the candidates. The other ones dont have any. 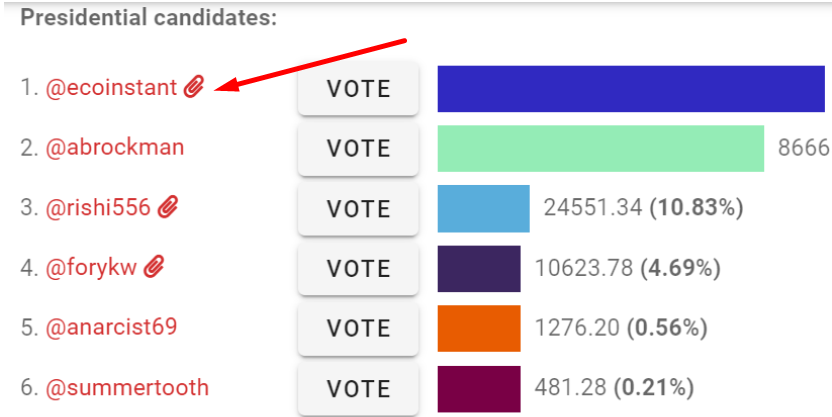 I figured it out! it is a link to the announcement post! those without the link have not posted using the DCity tag - and thus probably should not be considered for president 😉

Totally agree ... LOL
What are they standing for :)

This will be a fun one! I think the presidency period of 2 weeks is a bit short to be building strategy around.. but certainly this will be on peoples minds, how to optimize based on presidents influence and actions.

One of my favorite aspects of presidency is the stake weighted voting. Very cool use case for SIM. 👊

Well things are dynamic in crypto and two weeks might be long :)
At first gerber even wanted to be a one week, but after some discussion he put it for two.

Its new and will see how it goes... it can be easily adjusted going forward.

agreed, I think 1 week is a little on the short side, 2 is a fun amount of time. Will keep things interesting because there will be campaigning for pres basically week to week now.