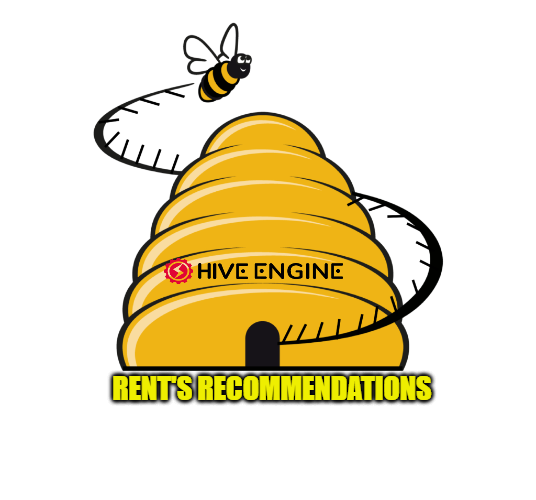 If you're reading this then its likely you know what Hive-Engine is. If not its an exchange that functions on the HIVE Blockchain. It has the cool feature that allows anyone that wants their own cryptocurrency to create one (at a small cost). You can even get started with your very own Tribe (HIVE Clone Site) that will award your newly created token to users on your newly created platform. As you can imagine HIVE-Engine and its token creation feature has become very popular. Lots of Tribe sites are already functioning on the HIVE Blockchain. Of course along with all that success comes an onslaught of Tokens that have been created that hold little to no (current value) as their owners simply created the coin and did nothing else with it.

Sadly allot of the created tokens on the Engine exchanges that once looked like they would hold some value simply did not stand the test of time. One that did is LeoFinance, this is likely do to the DEVS putting hard work in to make their Tribe site stand out from the rest. This essentially made it look less of a clone site of HIVE and more of its own standalone site.

If you are looking for an alternative to HIVE.BLOG and your blog content falls within the guidlines of the LEO Tribe I would highly recommend using their tribe site LeoFinance.

The USD value of these coins are no where near their peak but I still have high hopes for this token. The value here lies within its community and not the current USD value of the token. Currently SPT has no in game use and is very cheap to purchase. I highly suspect that one day it will have an in game use within the game of Splinterlands (Speculation on my part). If that day comes I highly suspect a price spike for the SPT token.

A token rewarding blogging about Splinterlands on https://splitertalk.io This token was issued by @splinterlands.

Admittedly I discovered this tribe just days ago but it looks like its one of the more popular Tribes on the HIVE blockchain. Currently its token (POB) is one of the more actively traded tokens on Hive-Engine. The current price of the POB token is $0.675 USD. The token has had $2280 in trades within the last 24 hours making it the sixth most purchased coin on Hive-Engine.

POB is a pure 100% Proof of Brain (PoB) token meaning that the only way the token enters circulation is through PoB rewards that are earned by posting and by curating content with POB staked. 1 token has been issued to @proofofbrainio to enable staking. There will be no more POB tokens issued except through PoB rewards. Like Bitcoin mining, rewards decrease by 50% every 4 years. There are no proof of mining or proof of stake rewards. There will be no tokens issued to a founder or a team. There is a 10% beneficiary percentage when posting on proofofbrain.io. Funds from the beneficiary rewards will be used to maintain proofofbrain.io.

Our first three featured tokens all belong to a tribe but not all Hive-Engine tokens have a tribe. Some are standalone tokens like !BEER.

!BEER is a fun tip token in which you can reward your friends/favorite authors on the Hive Blogging sites via using the command !BEER. Before you are able to use the command !BEER you first must have some !BEER staked in your Hive-Engine wallet.

One of the greatest liquids on earth got its own token. STAKE your BEER and have fun while doing so. Stake 24 BEER and you can call the !BEER Bot once per day via using the command "!BEER". This will allow you to tip 0.1 BEER to the recipient. The tipped BEER is free of charge (Does not come out of your own BEER holdings). For 240 staked BEER you can call 10 times. The issuer of this token is @detlev and just like the !ENGAGE token it can be found on the Hive-Engine exchange. !BEER info taken from the !BEER description located on Hive-Engine

DEC is short for Dark Energy Crystals. This is the official in game currency for the highly popular game named Splinterlands. DEC can be earned for free while playing the Splinterlands game via Ranked play. DEC can also be earned via playing and placing in any of the many active Splinterland tournaments.

Splinterlands is a digital card game created by @aggroed and @yabapmatt. Tournaments in which giveaway prizes that have monetary value are being played daily. You can start playing or investing in Splinterlands today by clicking here.

There are many others that I think have a chance at (continued) success as well and we will go over those in a future blog post but for now these are the five that I will add to Rent's Recommendations. I wish you all the best with all your investments and remember don't invest what you can't afford to lose.

This is an opinion piece and is not financial advice. Always do your own research before investing any of your hard earned currencies.

Nice review of some of the second layer token projects on Hive.
I will tweet this post and tag tag it #posh

And with this tag, maybe the curation team will give it some love

My next review in a couple weeks time will likely be of the tip bot tokens.

Your welcome, I look forward to learning more about tip bots.

I've been stacking SPT just in case for a while now. I haven't purchased a whole lot of it, but I have a somewhat decent stake of it. It's not worth a lot of USD, but it's a lot of tokens.

btw. that FUN BEER token is as well integrated into several games like @dcity and some other.

Thanks for the !BEER

The next time I highlight the !BEER token I'll be sure to mention its integrated into games.

!PIZZA
!BEER
for you

You can call the PIZZA bot a maximum of 10 times per day.

Hey @rentmoney, here is a little bit of BEER from @detlev for you. Enjoy it!

Thank you for the description
I did not know about BEER. I saw it in the comment section of divers post thinking of it as a meme.
We learn something every day.
Peace

You're welcome, the beer bot is one of my favorites.

Hey @oadissin, here is a little bit of BEER from @rentmoney for you. Enjoy it!