Getting to know our species of the animal kingdom / Koalas

Therefore, in this opportunity we will relate to the beautiful mammals which we have called Koalas, and maybe some of us have had the pleasure to observe closely and also witness the natural beauty of these charming animals, this type of species is unique because it does not come from another species, however, we can say that its closest relative are called wombats or uombats, and the latter can be found only in Australia (Tasmania) and to observe them we could say that they are small bears as you can see below in the following image. 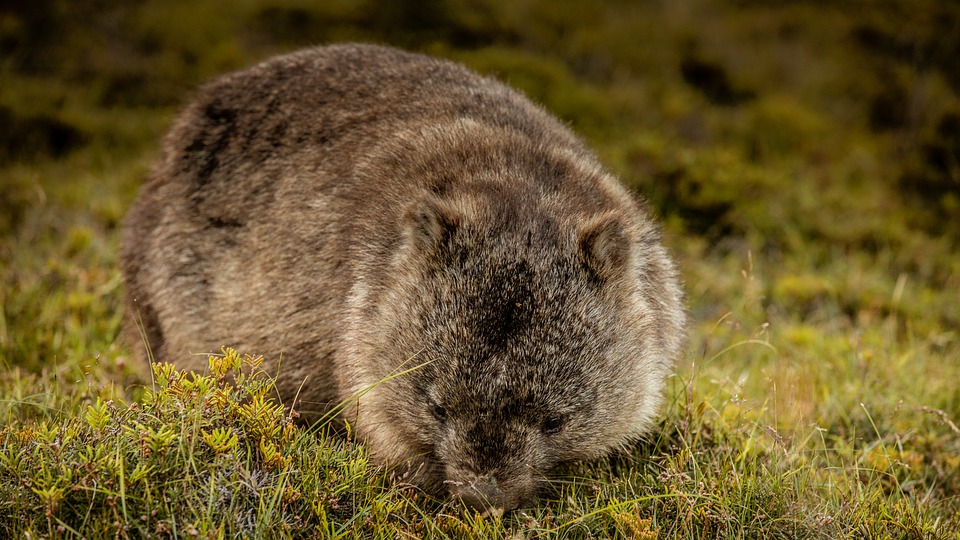 In reality a beautiful species the wombats, as well as their relatives the koalas and with these last ones we will relate in a general way in the present article, and for it, we can continue expressing that although they have similarity to the bear species in reality they have nothing to do with these, and for their beautiful and captivating physical form many people wish to have one of these specimens as the koalas are, However, some decades ago many people managed to keep these beautiful mammals in captivity and this brought as a consequence that their population was threatened to disappear, however, at present almost all of these animals are in their natural habitat and thus are not in danger of extinction.

When observing these beautiful animals in the first place we can visualize their large and very hairy ears, and the same due to their size are classified as small animals, there is a difference between the male and female, where the males are larger, ie, both more corpulent and bulky, another feature that we can see the koalas are their long and strong nails which allow them to hold at ease in the branches of the trees as this task is his passion.

Koalas are recognized for their great capacity to rest or sleep, since they have an average of approximately 18 hours a day, in fact we could consider them as a kind of very lazy animals, where, of the remaining 6 hours, 5 hours are implemented to feed and the remaining hours are used to clean themselves and thus spend their lives in this daily routine.

The females when being ready to be mothers can do different things than the males, and with this, they can be observed more active since they have the task of taking care of their small offspring, and these offspring usually are not observed until after 6 months, because the mothers hide them very well in their pouches during the time mentioned above, This characteristic is also possessed by the kangaroo mothers, after the koala mothers feel that their little cubs can come out of their pouches they do it, and after this their cubs usually will be located behind their protective mother as we can see in the gif image at the beginning of this article.

The physical features of koalas is very different from the one observed when they are already out of the bag, since at birth they are born without hair or fur, and also without ears and with their eyes completely closed, so that these little koalas can achieve adequate growth inside the bag, their mother has to feed twice as much as she did before bringing them into the world, therefore, to achieve this goal must consume enough eucalyptus leaves in order to achieve the essential production of breast milk for her lovely baby.

At the beginning of the 20th century the skin of koalas was used to make some clothing for humans, this sad and regrettable action led to the koalas were in serious danger of extinction, however, at present the hunting of these animals is totally prohibited and is also supported by a law, this managed to considerably slow down the fall of the population of these beautiful animals such as koalas.

In reality there are millions of living species that cohabit with all of us on this beautiful planet Earth, however, a large percentage of the world's population of humans are unaware of the existence of any species in their environment unless they can observe it daily, however, they know very little about them, therefore, it is always important to publicize some characteristics of these living species as was done on this occasion with the beautiful koalas. 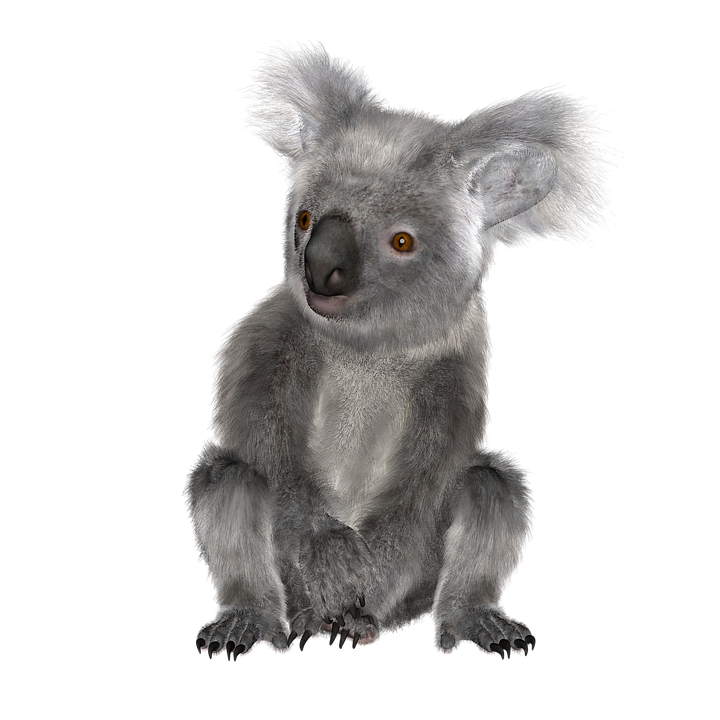 Until another opportunity my dear readers, I hope you can share your excellent comments in order to consolidate the topic raised on this occasion referred to the general description of koalas.

Note: The gif at the beginning of this article is my own, and the images were created in Power Point and the animated gif in PhotoScape.