It is not the best looking plant. Nor my favourite one.
But it is in bloom again after a longer break, so I think it is worth showing it a bit. She earned it! Let me start from what I like about it. That would be the colour of the flowers and that it is relatively easy to grow and can bloom few times a year. Basically as soon as the new pseudobulb matures a flower spike, or two show up.

And why it is not my favourite? Well... the flowers smell like plastic. It is not intensive, but detectable. Maybe with multiple spikes it would be annoying. For now it is ok.

Second thing is that it has a strange growth pattern. Each bulb can grow two more new bulbs from the base. But each new one grows a little higher than the previous one. So after a while they just look messy and the new roots have a long way to reach the pot.

I understand that it is a normal thing for some orchids. We have to remember that those plants grow on trees. So this way of growing helps them climb along the trunk or branches and the roots have no problem attaching. It is not suitable for a pot.
It would probably do better mounted on some piece of bark - but this way of growing orchids is definitely not for me. I have had it for a few years and she did have seen better day too. The flowers can be bigger and the spike longer. I think once I had two of those in the same time. I can imagine how nice it can look with 5 or 6 of them!

Then I had the time that I wanted to grow all my orchids is hydroponics, but it just didn't work. In my climate summers are so hot and dry that the clay was drying up a bit too fast. The pots were also getting covered in algae due to the moisture.

The biggest problem was when new roots were starting to grow and as soon as they were touching the clay their tips were burned. I suspect that the salt deposits that did cumulate in the top layer.

Well... it just didn't work. And in the time that she was growing in clay, she didn't grow a single flower spike. That does say something right? Normally I would get flowers twice a year.

And so we both struggled a bit.

Finally it potted it back to bark mixed with sphagnum moss and it all got better.

Now what can I do with a bag of clay pebbles?

Are you a lover of orchids, I myself often see you share beautiful photos of flowers, and maybe only orchids and other types of flowers too.

Yes, I have quite a few orchids around :)

@ewkaw, you were given LUV from @pixresteemer. About LUV: https://peakd.com/@luvshares

This flower has given you a few jobs, but, it is definitely beautiful.

Yea... she didnt have easy time with me either :p

Wow! Very beautiful! Love to have this in my garden!

I am sure she would be so happy growing on a tree..

What a lovely vibrant bloom!

Reminds me a little of the lilies that grow wild around here but much more sparkly! 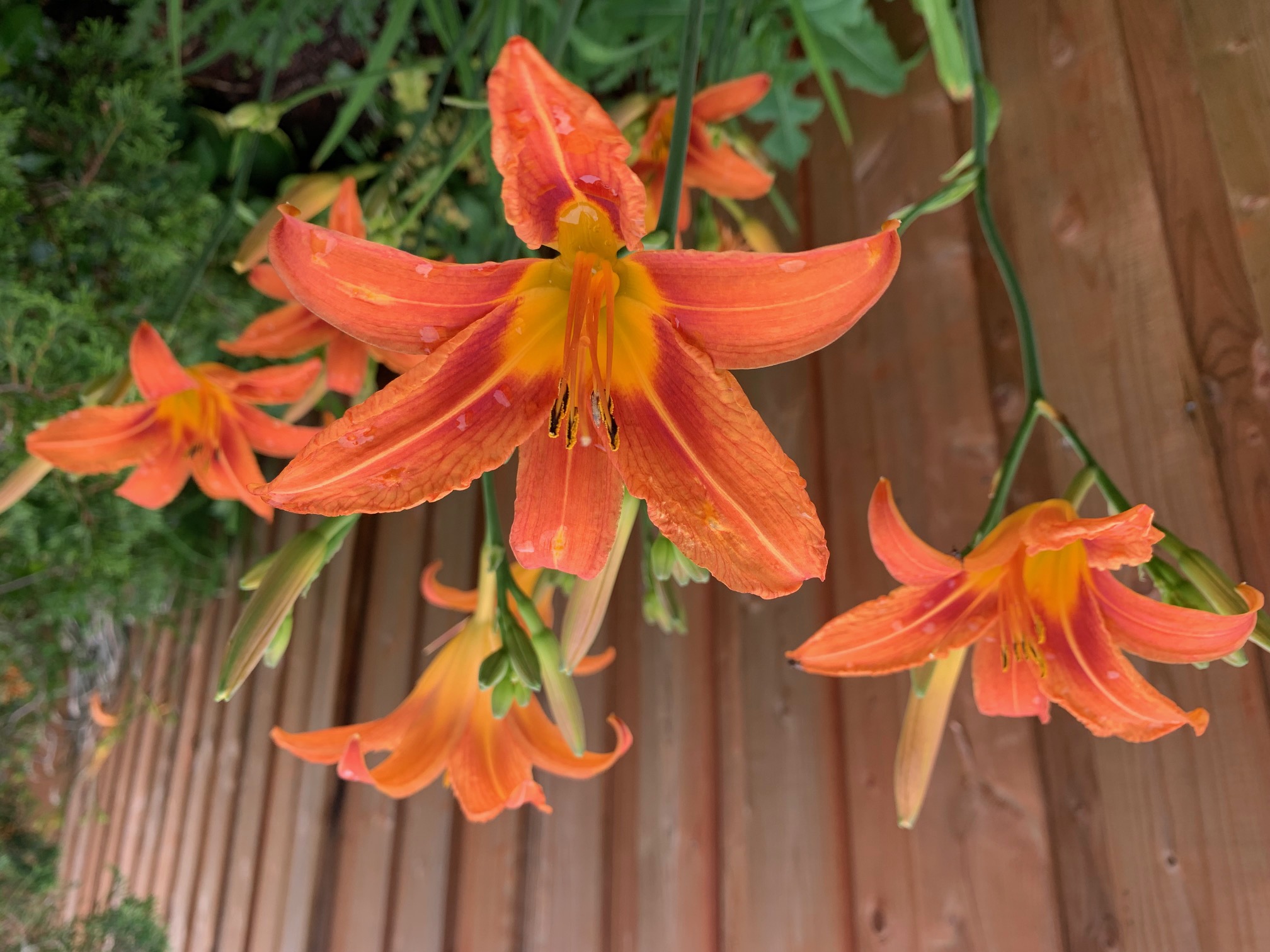 @hive-113748 46
3 months ago
You’ve Been Upvoted By Hive-113748 ~ The Orchid Lovers Community!
We LOVED your post featuring Orchids and are thrilled that you chose our community to share it in!
Thank you :-)

A place for people who Love Orchids! Very pretty, but the smell of plastic would bother me as well. Weird, except insects like those weird smells, and I suppose that is the reason for it. I would love to gather a few more species of orchid, other than the Phalaenopsis, but I worry my household climate would be a killer for them. I am not around enough to mist them all day either.

Still a beauty, and your right.. she earned her spotlight today 😊

Thanks again for sharing here in the community!

It is not very intensive thankfully.
You can try to get some nice hybrids (this one is). They are easier to care for than species and also cheaper. So in case you kill one it is not such big loss :p
I don't mist any of mine. Ever. And I live in rather hot climate. They are fine :)
Of course they would probably love more humid conditions, but that I cannot offer. Not in summer anyway.

Aww this is so pretty! I only have two orchids. I received a blue one as a gift and just 2 days ago I bought a dark pink one. You tried hydroponics? So cool. As far as I know these are supposed to grow in trees, attached to the bark of the tree. Pretty fascinating

Yea.. :) Out of curiosity. It can work in cooler climates I think, but to me it is too much hassle and the plants didn't like it.
In theory it should work. It is a very airy medium, like bark. The roots can also easily attach to it, and can provide even moisture.
Bark is still the best.

Quite awesome! I remember seeing strawberries grown like this. Some circular tubes with nutritous water and they just floated there... Pretty interesting

Oh... you know the blue one is not really blue?
It is coloured and the next time it blooms it most likely be white :)
Sellers trick ;)

I have found out....I received a blue one as a gift... Now it is blossoming again. Yup. White. Totally. I wonder if in nature blue orchids truly exist?