Here are some pics I found on facebook of the aftermath from a "peaceful" protest in downtown Fargo last night.

Let me be clear, protesting is an essential right of the people but not at the cost of trampling on other people's rights and property. This has nothing to do with protesting the death of Mr. Floyd this is all about socialist and communist forces that want to destroy America and the values we stand for. Graffiti and breaking windows is what thugs and criminals do not peaceful protesters. People are sick of this shit coming from libtarts on the left and Democrat leaders doing nothing about it. Red wave is coming in November. 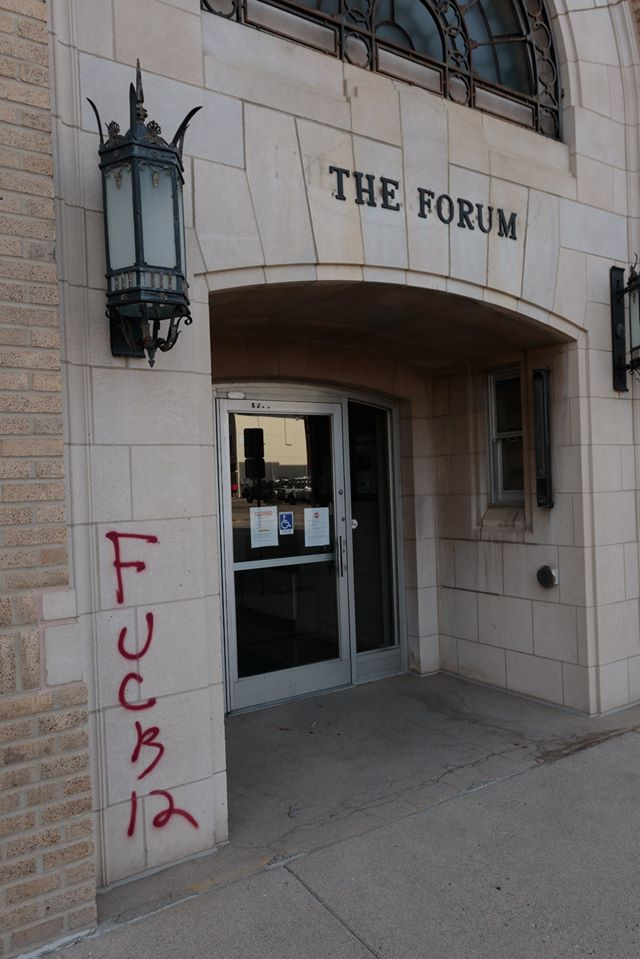 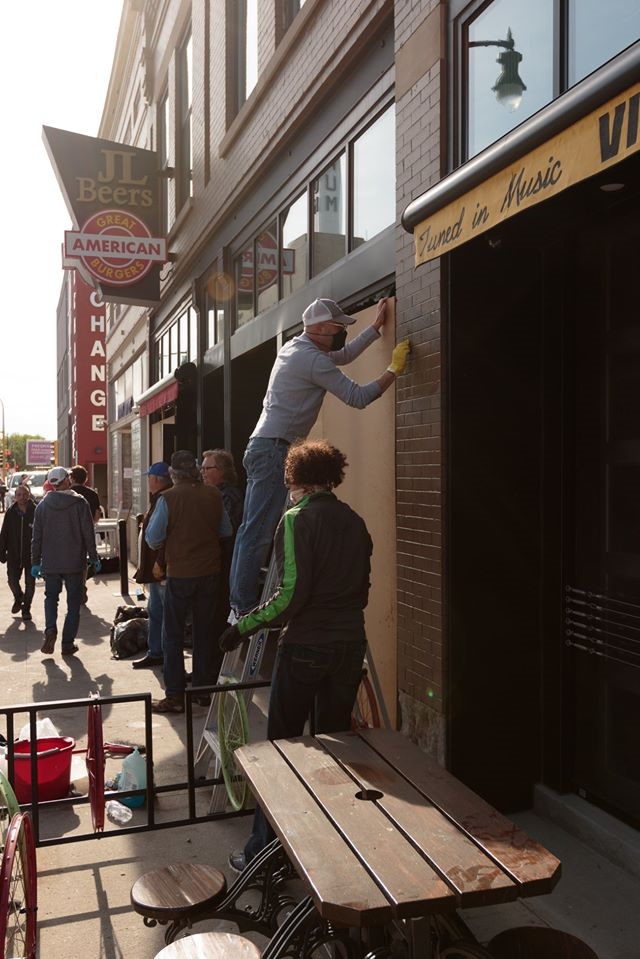 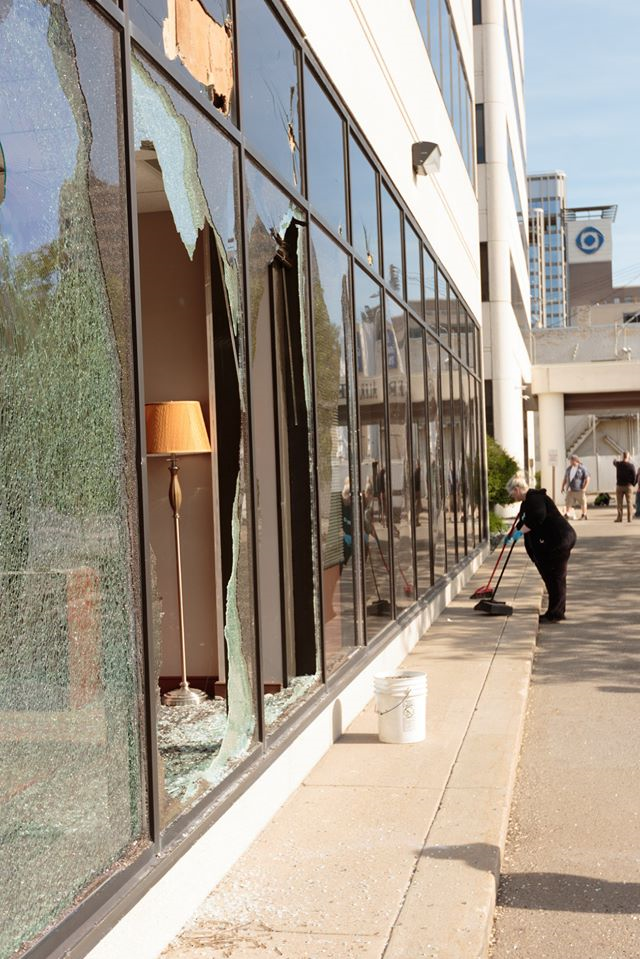 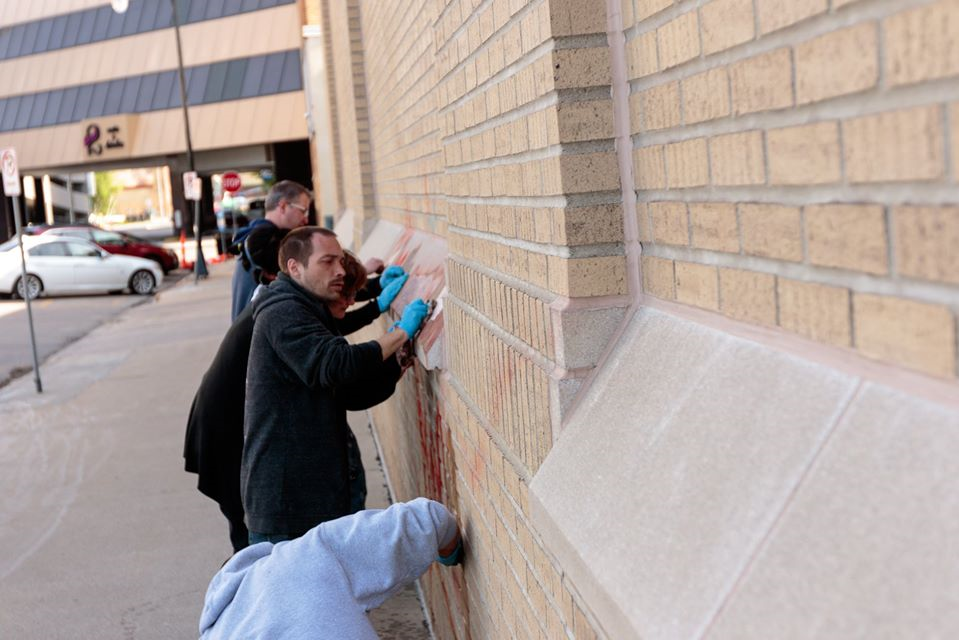 The Fargo protest, which has so far remained peaceful, began at 10 a.m. at Island Park before it continued through the downtown streets, moving west 20 blocks to police headquarters at 25th Street and First Avenue North, and then south on 25th Street.

At about 1 p.m., the Fargo Police Department posted on its social media pages, asking people to avoid 13th Avenue South and 25th Street South because "the area is becoming impassable." Police later said the marchers were moving west toward West Acres mall but the group appeared to get smaller as time went on.

I'm sorry but blocking traffic is not peaceful it's a very aggressive act that violates the rights of others to freely travel on public roads and blocks fire and rescue vehicles from saving lives. It should of been shut down the minute they started blocking traffic. Not sure why police put up with this unlawful crap my guess is the liberal Mayor gave them a pass. If you or I stand in the middle of a busy street we get the cops called on us and we get arrested if we refuse to move.

Mahoney blamed destruction in downtown Fargo on "outside influencers," and said violent protesters' actions are not reflective of the city's people.

Naw I don't buy that. These protests are organized by local socialist and communist nonprofit organization that exist in every large city in America.

Lewis and Aboah, a Fargo City Commission candidate, are Black Lives Matter organizers who helped plan the Fargo Marches for George Floyd protest, an event that remained peaceful through much of Saturday as demonstrators walked to Fargo and West Fargo police stations.

Trying to get a foothold in local government too while at the same time organizing chaos how liberal of them. Use tag #informationwar to post your own stories about the lies and propaganda being pushed on the public. @informationwar will upvote posts worthy of the cause.

I was wondering my self so i googled it.

i saw a video where a black woman filmed a looter telling them to stop. telling them that its gonna make violence against blacks worse. looters were white and responded "you are gonna die anyway". thats a false flag attack.

The BLM protest at the state capital here was organized by two white feminist looking gals. I saw the facebook event and checked out their profiles but from the pictures you can see most of the protesters at the capital where black or native. Who looks bad when these protests turn violent? Media show the idiots looting and they get the blame but not the event organizers that failed to keep their protest peaceful. I believe lots of white liberals are leading this and don't care if it's making minorities look bad. Thankful the one at the state capital was mostly peaceful.

black man arrested for exercising free speech in those protests

i can totally understand why they vandalize police btw. the police are paid with their tax money in order to protect them yet they do not do the job in protecting them. the institution has become therefore like the WHO... trump wants to de-fund the WHO for not being as independent as they are meant to be, then why not do the same for police...