Hive Open Mic just finished the week 50. Such a round number, to celebrate with a nice topic and with so many participants. Let us see how it was and take a look at some statistics.
The highlights post will come by the admin @cabelindsay, who always surprises us with highlighting so many good publications.
So here comes just some statistics work I have done and just a few featured ones by me. Although it is so difficult to feature just a few ones...

The week 50 was very productive again. It started a bit calmly, not too many entries I had to check, but in the end, it was a shower of music and entries. Can you believe that 56 musicians participated finally, and the majority did their best to be as diverse as possible and bring music that will represent the week? So the topic was Be Reborn, chosen by the previous spotlight user, our friend @jhoxiris.

Many different views had been shown of what is the meaning of Be Reborn to each one.
@rezasofyan said that every day is a new start, a new chance to be much better than before. @partitura is feeling like a reborn pianist, so he made his entry playing the piano. @romirspc explained that the song he played is about heartache and disappointment because of losing someone...but the author of the song tried to Be Reborn and forget all the pain. @daniel2001 chose a piece that transmits spirituality. @holisticmom took us to an ancient Ecuadorian Amazonian prophecy and @morenaluna was thinking about flowers and sunflowers. @jesusmedit made an original song, La nueva vida, again a new great song, where he shows his creativity and ease to write an original song and matching lyrics. Others has shown the same excellence in composing the lyrics and music around the topic too, like @cabelindsay , @franciscodesousa , @cbuendia57 , @juliopalomo , @lecumberre , @brujulamusical , @david.dicotomia , @joshuabbey , @holusey , and others .

For me, the topic could be seen also as a cycle in nature, how every spring new life is coming. As the same in our lives, we have the changing circles where we die for old habits and thinking, and we reborn for new ones.

After this interesting part, let us see the numbers. Although, for me they are also interesting and just amazing how the number of participants grows from week to week. I listened to 56 entries. 16 of them were original songs and 40 covers. Wow, that was a great week!

The participants in the following list are sorted by the date of the entry!

16 musicians who participated with an original song:

40 musicians who participated with covers:

I would also like to mention the situation of a dear family that constantly participates in this live music event. The Linares family from Venezuela is affected by the disease, covid-19, so the son who lives in another city helped them to publish the entries. Thank you @jesuslnrs for helping out your brother, sister in law, and parents and writing for them. We all hope they will get better soon and be again with their voices and guitar playing with us as soon as they get well. In my heart and thoughts the whole Linares family !!

The entries I would like to feature here are those who made a special impact on me. It doesn't mean the other participants were not good. All are making a big effort, still, all we are improving and we should continue to grow, both in the personal field and as musicians. Encouraging each other and having respect and understanding among us. So, my featured ones are:

Diana sings here perfectly, both her voice and performance are heavenly. I was wondering does this exist? Is she real or an angel taking out all the musical beauty that is given only to a few? I couldn't put into words what I saw and just repeated a few time to listen to that perfect and powerful high register!

It is a subject where you are reborn in the shadows, which tells us to believe in ourselves, to open our eyes when we have been trampled on and humiliated because many do not trust us, our potentials and our virtues, it is to regain confidence, to draw forces, to move on and that you really do not need those who do not in you, everything depends on us and that it only matters that each of us take into account the potential we have, value ourselves..

Thank you Diana for this beautiful publication!

Hive Open Mic 50 - “I Will Shine” (Original Song) by @cabelindsay

Apart from the lyrics and music that are completely adequate for the topic, Cabe is trying out new fields in this entry in way of recording. He used amplified sound, some cool coloured lights, and a drum loop. It was pretty different from the previous entries. Also, this weekend he was playing at an art show on two nights, each day for three hours. That gave him some practising time also, to open new doors and stretch him in creativity. I see it as a reborn way of doing his entries.

Thank you Cabe for showing us how important is to improve always.

I was listening for the first time to this user and I saw an interesting way of playing the guitar. Like, reverse playing. I asked about that, and as a surprise, I got an extended explication and a new video where he was going through the parts of the song and explained everything. The chord progression, the technique he used, the kind of culture and music that affected this creation. As he created that improvisation without repeating or editing. I was amazed by his feedback and all the things I learned about him and his dedication. Thank you again @nahupuku (p.s. I read your second comment but I need some time to check everything you sent me and respond one day :) )
Thanks again!

I had goosebumps listening to her, and it always happens with her way of singing and playing!!! The lyrics of this song are just beautiful and in this part: vuelan libres por nosotros I had tears in my eyes.
The story behind the ancient Ecuadorian Amazonian prophecy is so deep and current of course. There is a hope to reborn and all be united again.
Her reaction to my comment was even more amazing, she cried as the comment made her happy. She always wanted to sing in Spanish, and she did it very well here in this entry! Please, dear sister @holisticmom, whenever you want again to sing in Spanish, do it. You are giving us perfect musical moments, in any language. Can not wait to see you one day in person.

This is something completely new for me. What an extraordinary experience for my ears, the music is so nice and her voice sweet and I can just imagine the work needed to sing those details, ragas. Thank you for bringing so different kind of music for us to Hive Open Mic :)

Here could be many more participants that should be highlighted, Julio, Francisco, Carmen, Jesus, Andrew, family Linares, family Centeno, Daniel, Maria and their daughter... and many others!!! But, stay tuned and wait for the Highlights post that will come by Cabe :)))

Stay well everyone and a lot of success in the current week 51, with the topic Unity

You are so kind to support this community through your acknowledgments, your encouragement, and your valuable insights. Thank you so much. I am astounded by the various ways you show up for us, bringing your awesome presence here. Rock on!

Your work around the hive open mic is great, I am just sharing what we all have to do: love the music and encourage those who make it :)

Congratulations @mipiano! You have completed the following achievement on the Hive blockchain and have been rewarded with new badge(s) :

Thank you so much for the highlights @mipiano and i really enjoyed the originals and all the covers i heard, Congratulations to all the participants 💗🌸. Happy to be a part of this amazing Community where people truly encourages each other and simply enjoy the music 🎶.

Dear @arunimabiju these were my featured ones, you among them, and as I see Cabelindsay also included you in his highlights. You are doing very well, and as kind and engaging you are, a lot of success is waiting for you :)
🌠🌠

Thank you for your encouraging words ❤️☺️ 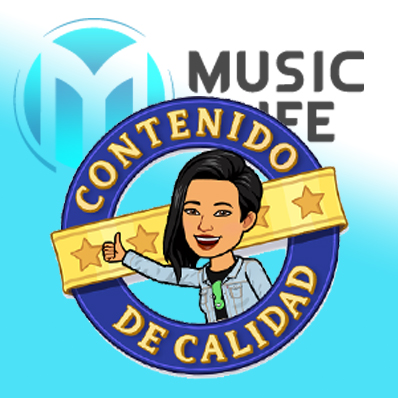 Thank you for bringing us these lovely posts to highlight so many beautiful artists each week.
I love how you are so supportive and I personally appreciate the feedback on my songs.
Ps. sorry for the late reply to this post,

Oh, my reply comes late too .. but you already know why :)

The feedback will try to come as often as possible, of course, and to do this kind of posts is not any easy, because all the 56 entries can not be highlighted, although all would deserve it! :)