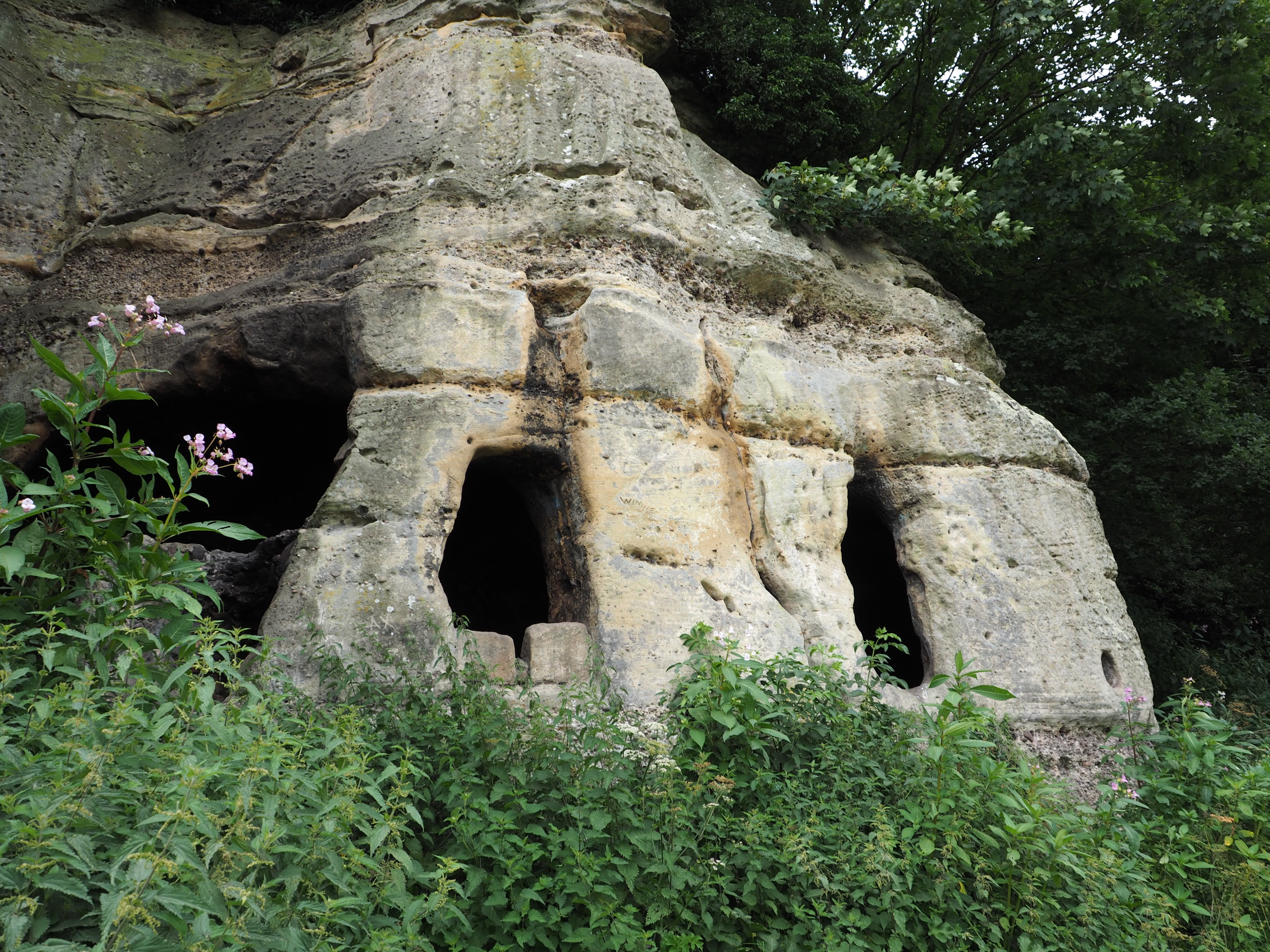 The Anchor Church caves in Derbyshire have been in the news of late. The caves are made out of Keuper sandstone and were always believed to be follies, with no particular purpose. After new evidence, archaeologists think the Anglo-Saxon cave house may have actually belonged to a 9th century King of Northumbria named Eardwulf, whoever that is! We'd attempted to visit the caves last winter but the footpath was totally flooded. Too deep for my wellies but a canoe would have definitely helped matters! The weather has been a lot better recently so we decided to have another attempt. 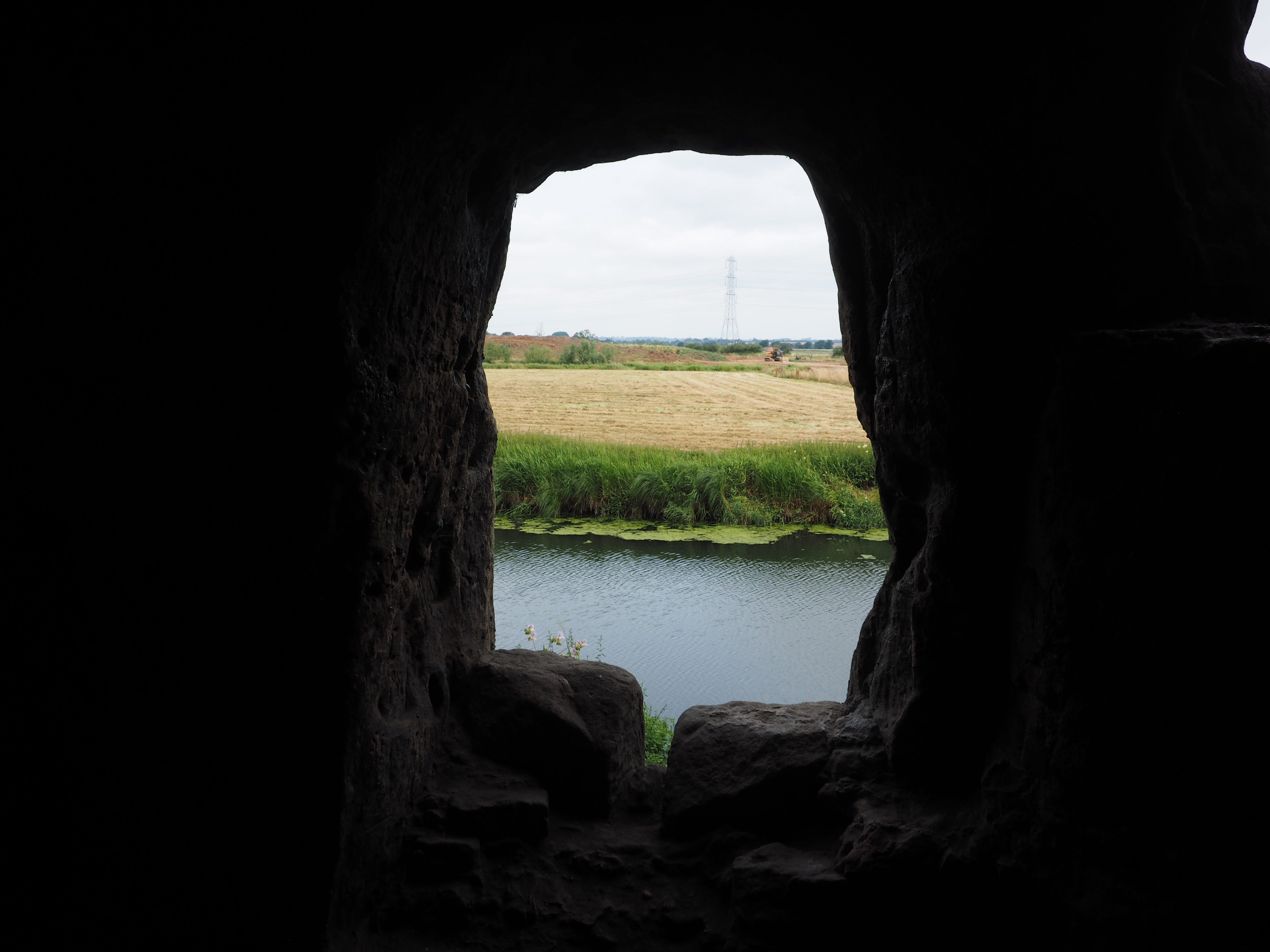 After only a short walk through the field, we arrived at the once flooded footpath. Thankfully, this time the ground was dry as a bone. You wouldn't think that these great looking caves were just around the corner. They just seemed so randomly placed. 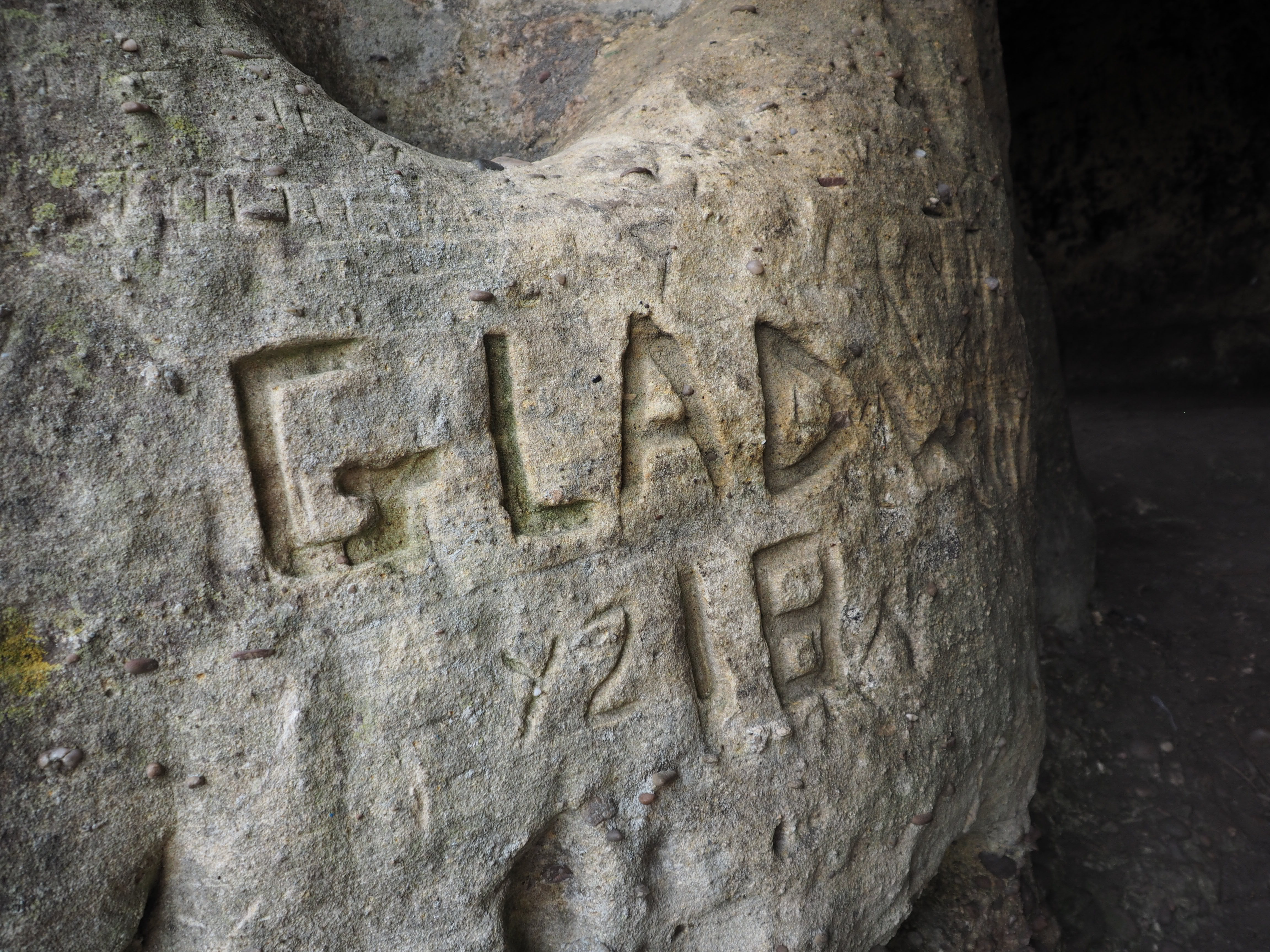 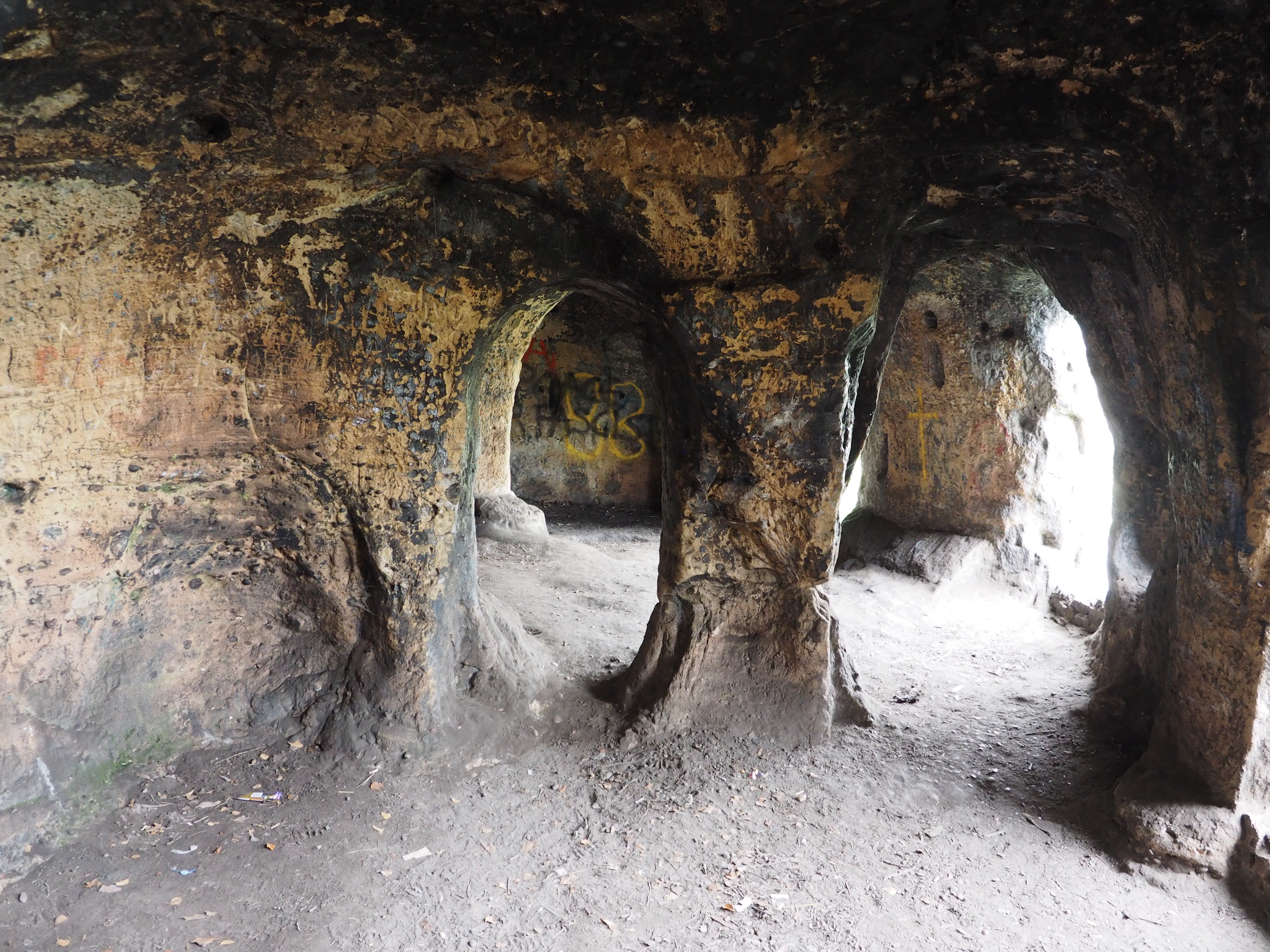 I was amazed that there was hardly any litter in the caves. There was a bit of graffiti but it didn't spoil things. There was a steady stream of people going to see the caves but not thronged. An interesting little explore.

Hi @ellenripley,
Thank you for participating in the #teamuk curated tag. We have upvoted your quality content.
For more information visit our discord https://discord.gg/8CVx2Am

Great find!! Petra haf something similar when I went there, but do you think that's quite unusual for England?

We have a few like this in my area. I think since all of these lockdowns I'm getting more interested in my own county and researching more.

@qurator 78
about 2 months ago
Manually curated by blacklux from the @qurator Team. Keep up the good work!
0
0
0.000
Reply

Thank you @blacklux and @qurator. 💓

This is very interesting!! Cave people! We might have to live in caves in the near future!!

I wouldn't mind but would have to put a door on the entrance!

Would love to see the kind of door you would choose for the cave!! 😂😂🙀

This place is on my "to visit" list, might wait until the holidays are over with though so it'll be a bit quiet. It's a shame idiots have to ruin a place with graffiti though, great history to the place too, I love owt like this lol.

It was pretty quiet at the caves. We met several people walking through the field but nobody at the caves. Just don't go when it's been raining a lot as a local dog walker said it does tend to flood. I enjoyed it.

Wow! That is really cool - all that history over there, it's incredible. I had not heard of these before, but the photos definitely lead to more intrigue - thanks for the share!

Thank you. This is the only way I can get my brother to go walking, when there's something interesting at the end!

Congratulations @ellenripley! You have completed the following achievement on the Hive blockchain and have been rewarded with new badge(s) :

@grindle 71
about 2 months ago

thats a cool place!, perhaps the trolls come out at night and tidy our mess up?

@grindle 71
about 2 months ago