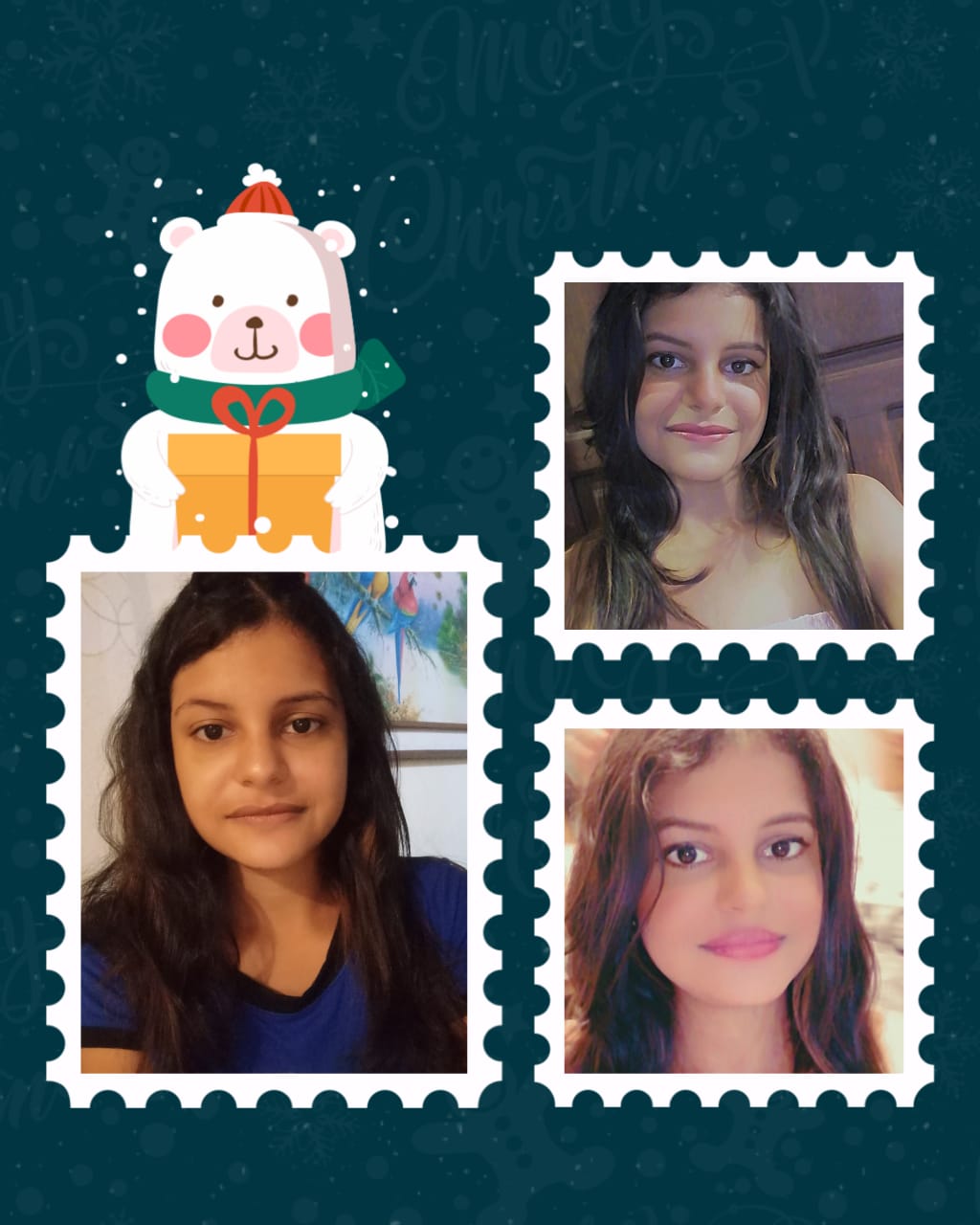 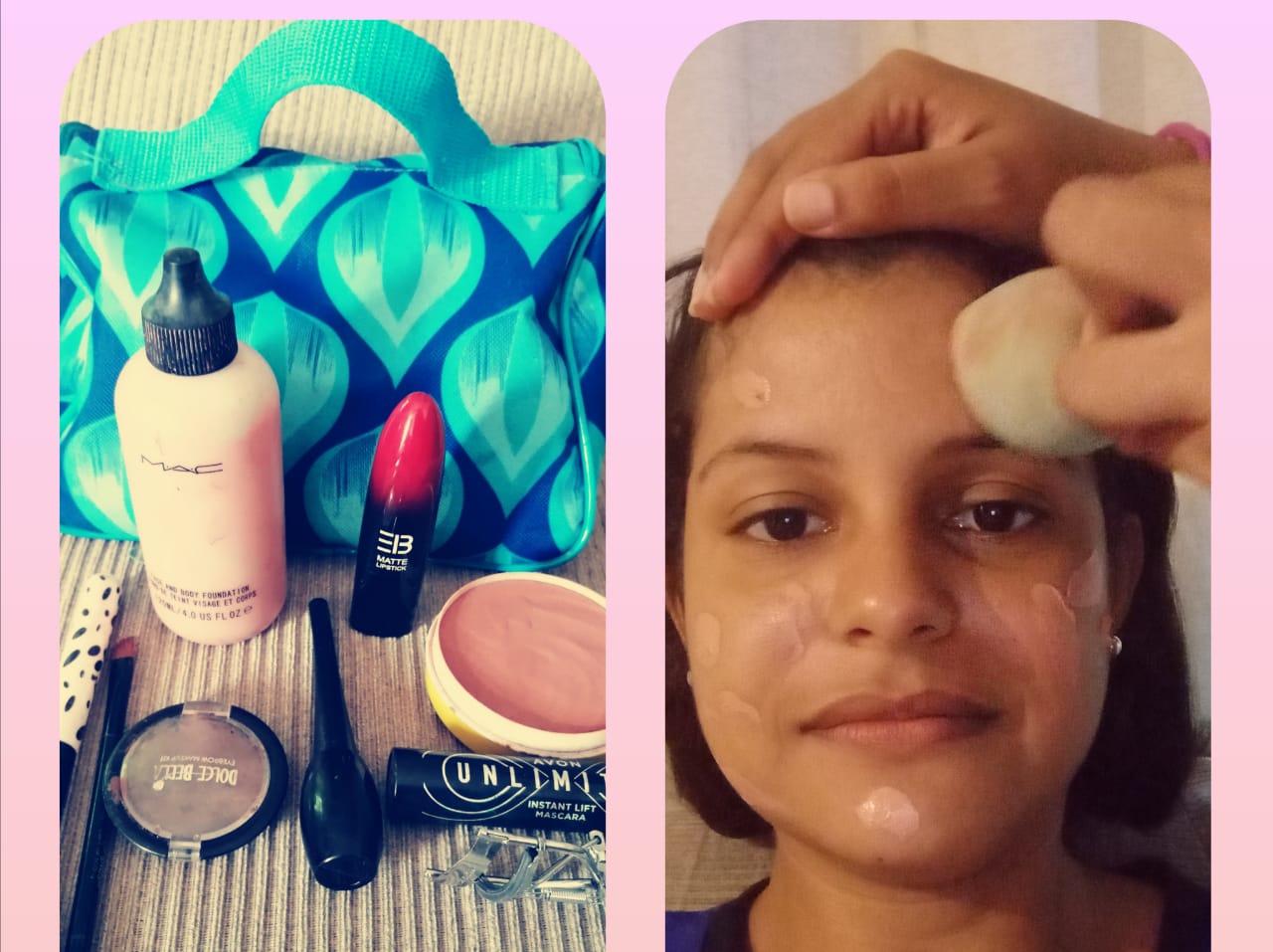 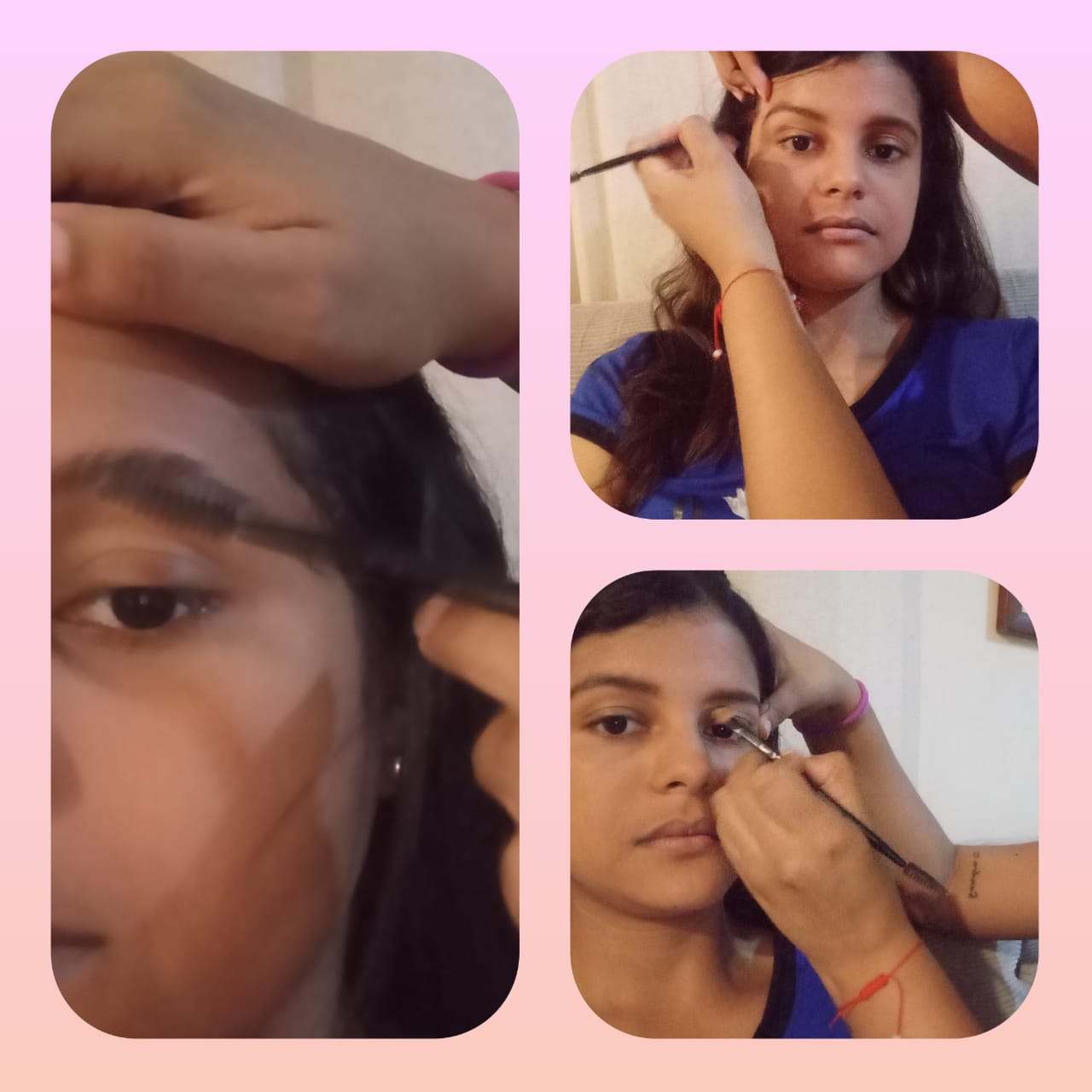 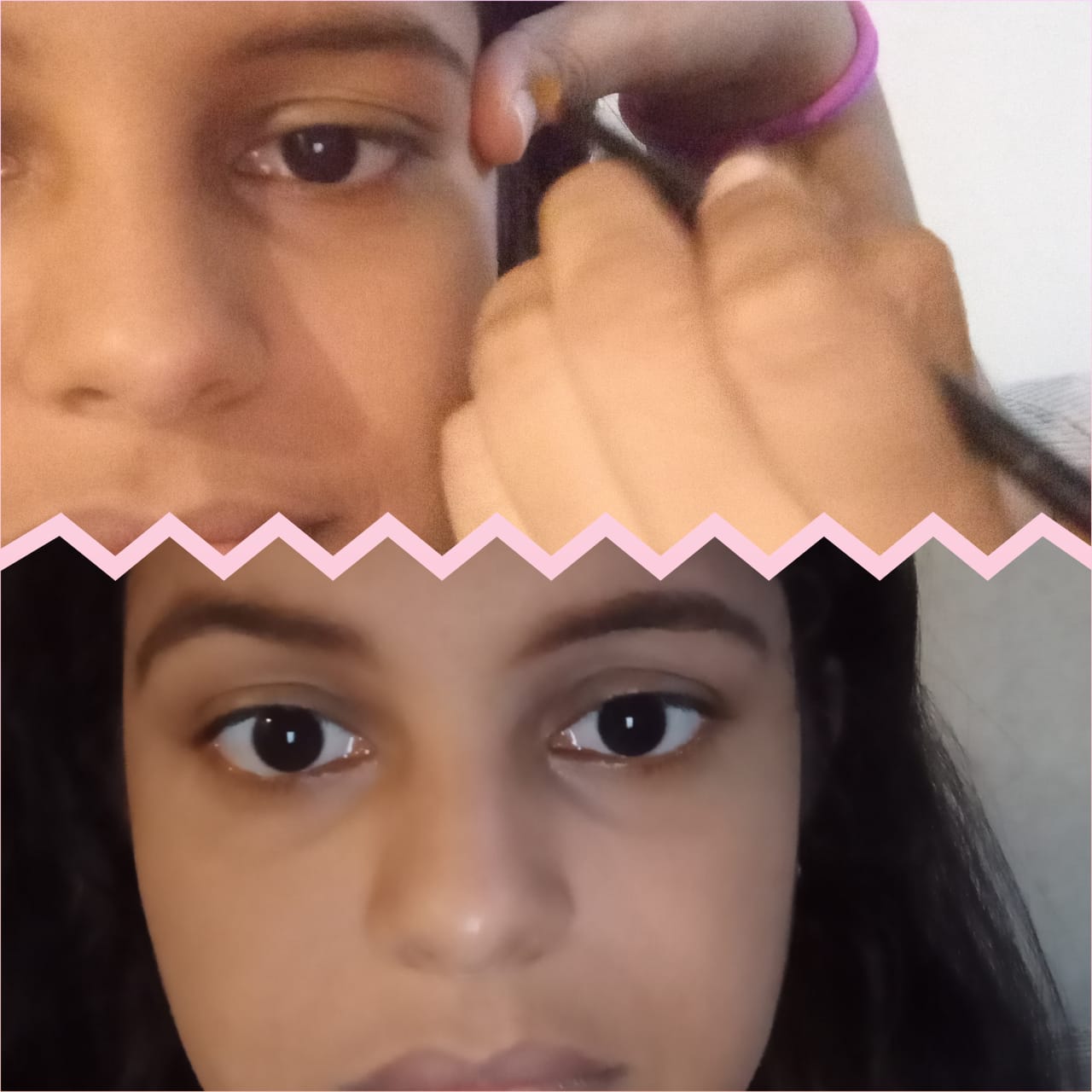 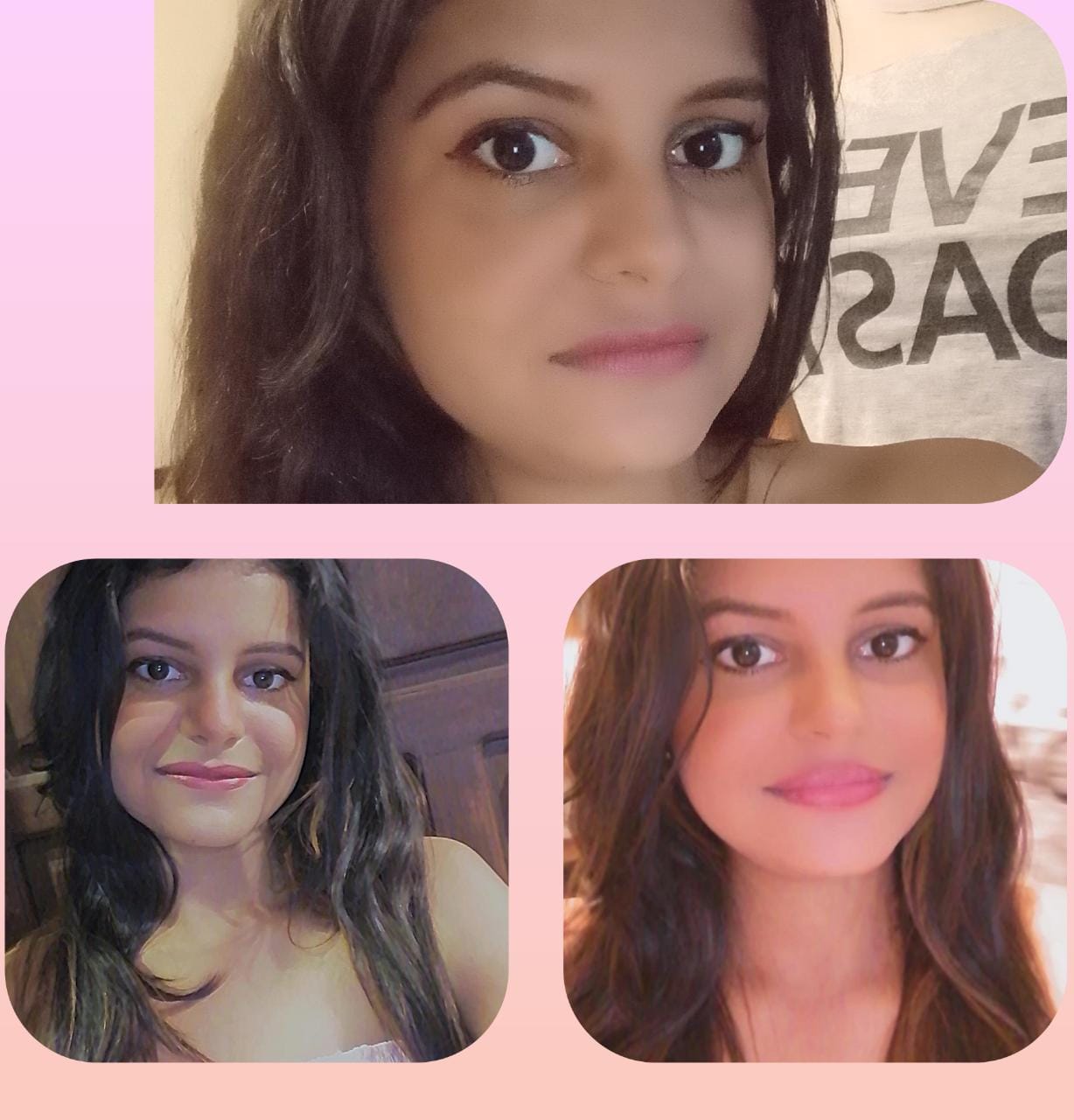 🎄🎄🎄🎄🎄🎄🎄🎄🎄🎄🎄🎄 🎄🎄🎄
Hello lovely Hive community, I'm so excited to post here on #makeuppower as this is my first time posting on this beautiful hive.
Today I had to make up my sister @alichispix because she was in a hurry because she had to share at 8pm yesterday and she asked me the favor to make her a simple but nice makeup I have to say that I am not a professional makeup artist like many of this community that excel in this area as makeup but I have to admit that I like it a lot although I do not practice it a lot, and I also want my sister to look beautiful more than she already is and that is why I made a simple but pretty makeup in shades of brown and pink since I bought an old pink blouse and for this we go with the step by step.
STEP 1
.
It is recommended to first wash the face with soap and water for better absorption of makeup, the essential would be to put on a prime rya that makes the makeup last longer but right now I do not have it the good thing is that the face is clean and the first thing I do is apply the foundation with the help of a sponge is given light touches and blends all the base on the face.

STEP 2
. After applying my foundation, I comb the eyebrows and with the help of a brush I highlight the eyebrows with an eyebrow pomade and shape them. I paint them thickly since my sister has thin eyebrows and I give them shape and then I proceed to apply concealer on the upper and lower part of the eyebrow.

STEP 3
. When the eyebrow is done I go to the eyelashes and curl her eyelashes with the help of a curling iron and apply mascara. After that I go to her eyes I put black liquid eyeliner on her eyes and make the famous cateyes and apply brown and pink shadow since as I said before her blouse was of that color to enhance her look.

STEP 4
.
To finish I put her pink lipstick and a little bit of powder for a better finish and that's it, I finished with the makeup.

And that was all, I hope you liked it, please comment on this post. And may God bless you always

The translator used in my post is :Translated with www.DeepL.com/Translator (free version)

The pictures were taken from my psmart 2019 phone and the editions were made in Collage Maker. 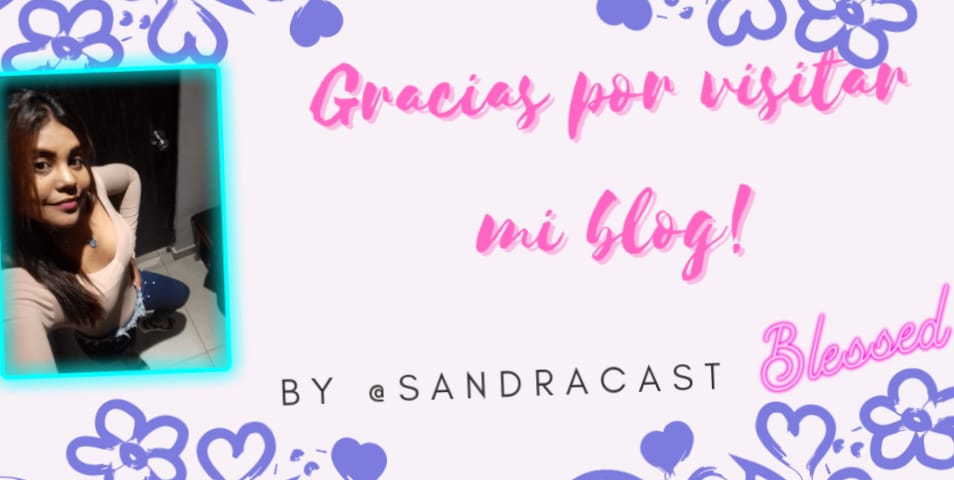 Congratulations @sandracast! You have completed the following achievement on the Hive blockchain and have been rewarded with new badge(s):