The champion of Premier League last season, Manchester City are interested to sign Tottenham Hotspur’s attacker Harry Kane. Man City really need replacement for Sergio Aguero who had moved to Barcelona. Harry Kane the best England striker, which is so valuable player. In my opinion, Harry Kane should move to Man City, as he need a winning team to win some tittles. Man City is a great team under a great manager, Pep Guardiola. 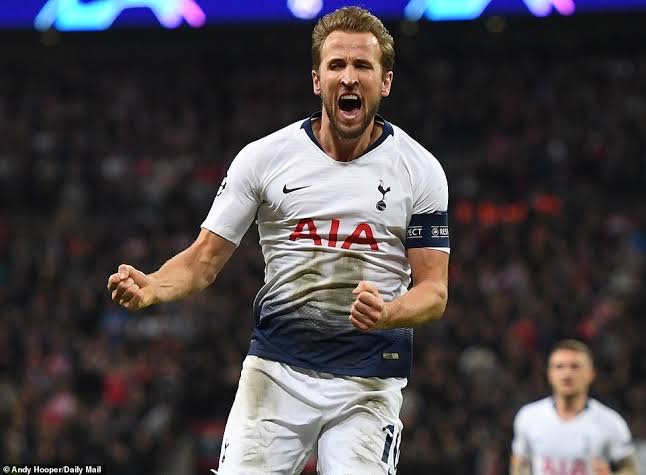 If Harry Kane joins The Citizens, he may play with his England teammate, Raheem Sterling. We have seen that they both played very well in Euro2020, to set England to final game against Italy though they got lost after failed in penalty kick.

I am sure Premier League would very tight this season, as all big teams have strengthen their squads. Chelsea, Liverpool, Man United, Arsenal, West Ham will be struggling to win the league. Chelsea and Liverpool will be big competitors for Man City in Premier League this season.

Harry Kane would a great signing for Man City. We will see the deal if Kane agree to join Man City or not as many teams are also interested to sign Harry Kane.

Harry Kane to Manchester city isn't a bad idea. I think it will do him more good than the club. He needs to win trophies in addition to the fame he is building.

From my own perspective kane signing for Manchester city will be a very good signing and is going to be a perfect replacement for aguaro who left city for barcelona. It will even make him to win trophies and be the best striker in the epl.

I am sure Premier League would very tight this season, as all big teams have strengthen their squads. Chelsea, Liverpool, Man United, Arsenal, West Ham will be struggling to win the league. Chelsea and Liverpool will be big competitors for Man City in Premier League this season.
yea this will be a tight season, hmmmmmmm
Harry Kane for man city would be a great signing but lets see who gets it at last

Harry Kane would be a great addition and the perfect replacement for departed aguero. I hope this move pulls before the Summer transfer window closes.

The England captain shouldn't find it difficult adapting right into the Manchester city team should the deal materializes as he would be playing with some of his fellow country men that will help his stay in the club.

With other team building their squad, the forward department is just one key area the citizens club are a little deficient. The move could also help Kane add trophies to his good football career.

Wow this is going to be so great seeing Harry Kane signed by Manchester City he's really going to be an added advantage to the club striker and having him replace Sergio aguero it's not a bad idea.

Well the men cheats and advantage Manchester City is going to have is Harry Kane playing with sterling, it is going to be a big combo big combination for the club and a very good added advantage in their striking.

Definitely having harry Kane a ethihad will be a very good addition to the blue side of Manchester,the England captain as really prove him self to be one of the best strike in the world,so making joining the United noisy neighbours won't be a bad idea..

On the other side Manchester city too needs a player with lot of experience to cover for the departed kun Aguero who is now a bacelona player,am very sure that can't tell on Jesus and getting a playerike Kan that know much about the league will be a great addition to the team.

Harry Kane as been very proflic for the past few season and he just guided England to a second.llace finish at the Euro tournament ,where he managed to score 4 goals in the competition

Smile,j know where you are coming from ,base in their achievements I guess that is why you are asking that and u understand you mate

But irrespective of whatever they have achieved as a Manchester United fan which am one,I still see them as a noisy neighbour,now you will understand my area of view by calling them a noisy neighbour

Harry kane, harry, harry, I must say initially I was blaming the british media about the hype on this young man 4 seasons back, but this man has proved to have worth the hype, and so mancity wanting him, the benefit might just be mutual, mancity will offer him a trophy and he might offer mancity the champion league

Kane will be great addition to the cit to replace aguero leaving the club. Although to go for another club is very easy which kane will not find it difficult to adapt to the city playing system. I hop that the deal should be done before the transfer market closed

Definitely, Kane will join city, he has been a great player so far for his current club, and did so well last season, I think he needs to play for a bigger team to win trophies and mancity is actually a good team to fit him in,,,

I call him the show man in front of the goal post. The striker who is already among the most prolific goalscorers in the English premier league, is definitely a great choice for Manchester city, i bet with his top notch performance in every season. Harry kane is surly going to be a better replacement for aguaro.