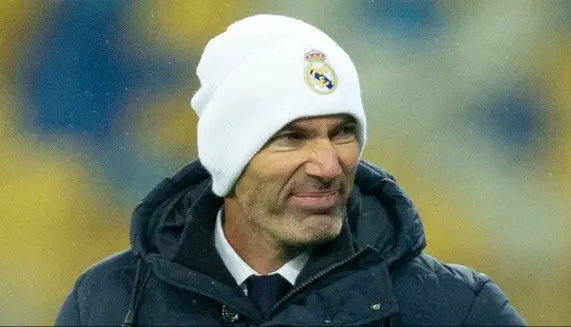 Real Madrid lost 0-2 to Shakhtar Donetsk in the UEFA Champions League matchday 5, to sit 3rd on Group B table and in danger of missing out in the knockout stage for the 1st time ever. There last Group B match is a potential banana peel against the German side Borussia Moenchengladbach on 2nd week of December. A result for Real could be inconsequential if Shakhtar wins at the San Siro.

Having enjoyed more possession of the ball(62%) and had more shots on goal(8) than their host(5), the Madrid giant was undone by 2 second-half goals when Dentinho(57') and Manor Solomon(82') pounced to inflict their second Group B triumph over the Galacticos. It could be recalled that the Ukrainian, with a coronavirus-hit team, in the Group opener, defeated Real 3-2 at the Bernabeu.

It is no surprise that Real Madrid is not at their best especially at the back when their Captain Sergio Ramos isn't on the pitch. Ramos picked up the hamstring injury while on international duty and in his absence, Real are winless in their last 2 league matches, picking up just one(1) point in their last three(1-2 Alaves, 1-1 Villarreal and 1-4 Valencia).

Real Madrid has now conceded nine(9) goals in 5 group stage matches, their worst return in Champions League history, a worrying number for the handler Zizou as Zidane is popularly called.

Real manager Zinedine Zidane's continued use of forward Lucas Vazquez rather than a more defensive-minded player such as Eder Militao at right-back has been questioned in recent weeks. The makeshift right-back was exposed and easily beaten before Solomon(Manor) scored Shakhtar's 2nd goal.

Real manager, not new to the pressure on the hand, revealed he won't be stepping down from his position, however, he needs results and fast, Real Madrid management are not known to be patient and are not shy to relieve any manager off the job.

Congratulations @peman! You have completed the following achievement on the Hive blockchain and have been rewarded with new badge(s) :