The HardFork that created the Hive blockchain happened on March 20, 2020. More than a month have past since then and it seems that the two blockchains are going on their separate ways.

So, who are the top paid authors on each of them? Who is getting most rewarded? It is interesting to take a look at this in this in the current situation. Although due to the 13 weeks power down it will take some more time for things to settle, but still let’s have a look at this point how things stand. 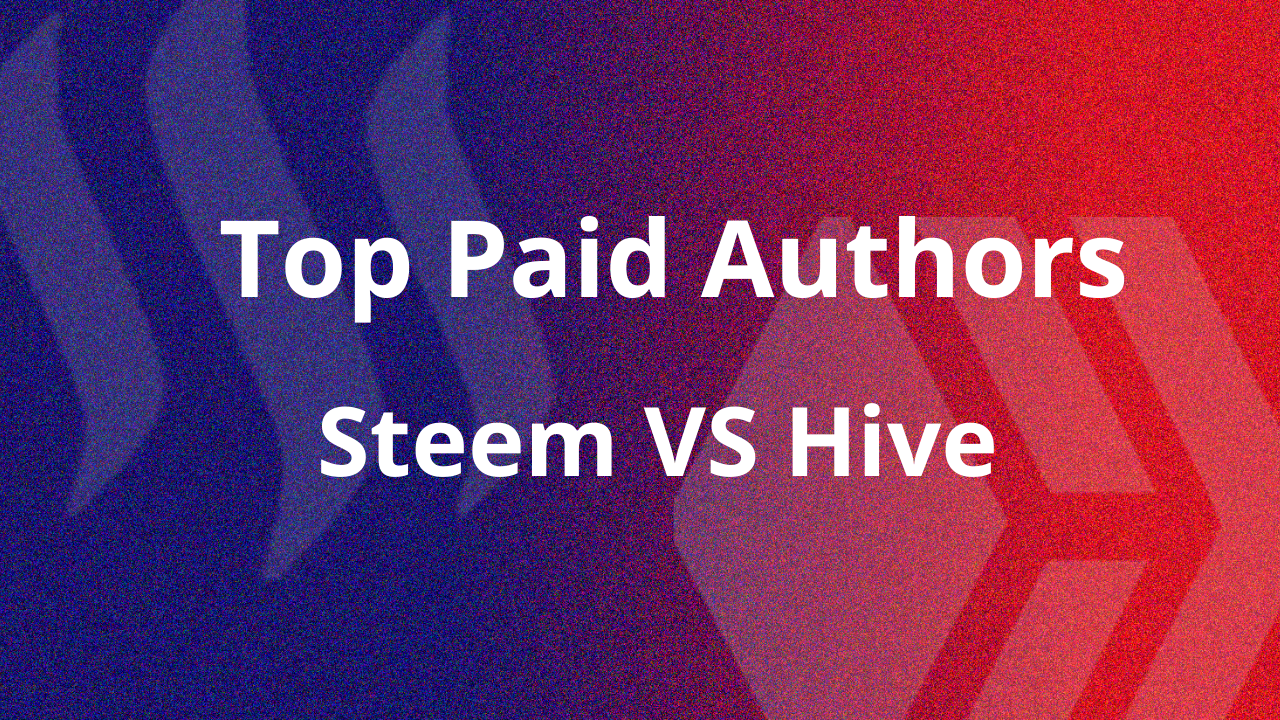 Here is the chart for the top paid authors on Steem for April 2020. Disclaimer: This numbers are approximate and not totally accurate. SP and SBD has been converted to STEEM for simplicity.

@haejin is by far the most rewarded author on Steem for April 2020 with around 16k STEEM rewarded. Next is @strawhat with 8k STEEM and @acidyo on the third place with 6.7k STEEM.

As already mentioned, this is the first month after the HardFork and some of the large stake holders are in the process of exiting Steem during the 13 weeks power down. Most likely after month or a two some of the top authors in the chart above will no longer be there.

Now let’s see who the most rewarded authors on Hive for April 2020 are. Here is the chart. 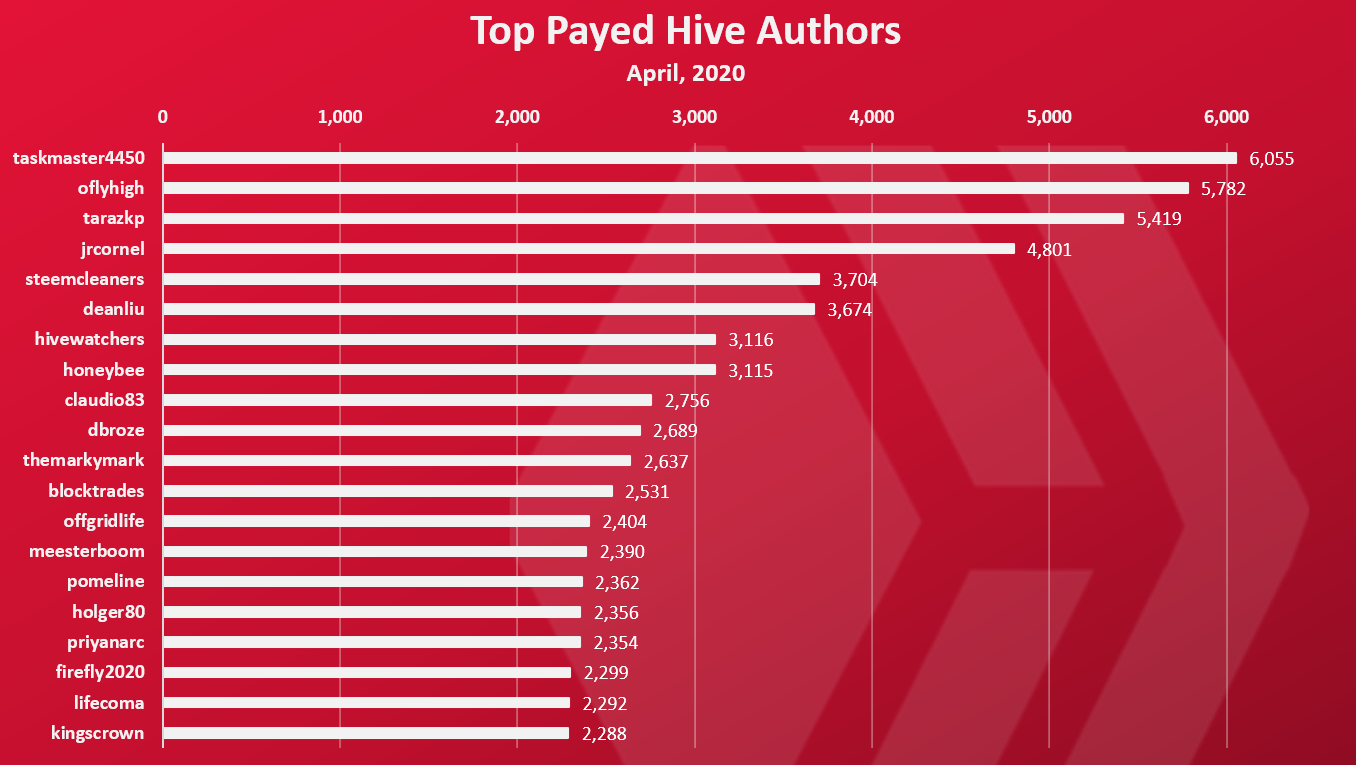 We have a more equal situation here. At the top is @taskmaster4450 with around 6k HIVE earned, second is @oflyhigh with 5.7k and on the third place @tarazkp with 5.4k HIVE.

When we put the data from both blockchains in a table it looks like this.

Note on the disclaimer that these are approximate and not totally accurate numbers. Conversion on VESTS and tokens baked dollars have been made in HIVE/STEEM for simplicity.

I like Hive, I really do... But this is just another proof to me that it's a new chain and a new token but the same guys are rewarded.

Don't take me wrong, I don't take anything away from these authors. They are true powerhouses that produces content like pure machines... But it definitely feels like there is room for some major improvement in terms of curation. This was just the top 20 authors. How about top 100? - I bet you'll see the same guys over and over.

Nothing to be taken wrong about.

I dont judge, I just present numbers for better trancparency on the platform. Are things good or bad is up to discution. Discustion and debate is welcomed .... in a civilized manner :)

You know who gets rewarded when the Fed prints money?
The Fed.

DPOS is already way ahead of the curve in simply allowing any stake holder to allocate inflation.
"Proof-of-brain" is just a bonus.
It's just an idea; a goal; a lofty goal at that.

I’m still dropping by steem as I powerdown. The content quality has dropped dramatically. There is systematic abuse of the reward pool and no one is there to stop it any more.

I don't know anybody more consistent than @taskmaster4450 with regards to producing content, he deserves all the fruits of his labor.

And while HIVE isn't perfect and the rewards seem to go to the same names, I'd MUCH rather be here creating content than on that other chain LOL

Thanks for the support and the tip!

Just trying to provide some transparency how things are :) Its interesting following the both chains now how they develop.

Please do this post once a month! And always put the top earners (picture) of the previous months in HIVE in each months post!
Thanks. This is good to keep track of.

I will probably do more of these in the future. Adding a comparison with the previous month is a nice touch as well.

Not only the previous month but all prevbious months for that year... ;-)

Abuse alive and kicking on Steem!

Lol that dude really is the king of milking, I wonder how much his extracted in steam so far over the years.

Can you do a similar analysis for 25 or 30 or 50 or 100 people? I think many will be interested to see themselves in it.

I have all the users in a sheet :)
Just hard to present them all in a post.

In which country in the world is "paid" spelt with a "y"?

Lol.... will correct it! Thanks

Haejin still doing his thing, bring on a hardfork and a global pandemic. He's still posting and self voting lol