lymepoet in #freewrite • 3 months ago (edited) 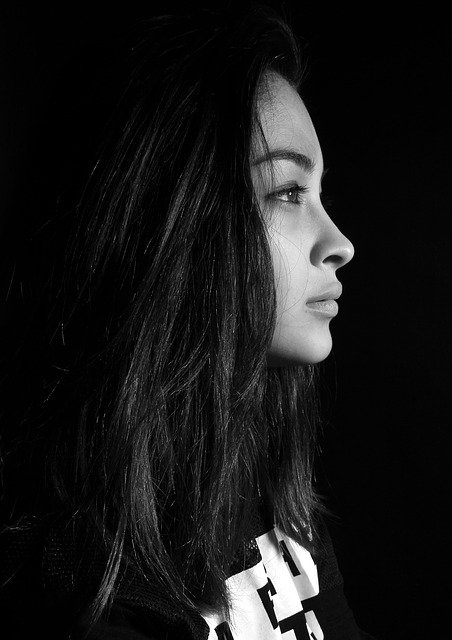 Lauren has spent all her life listening to others. From her young years lived in the grandmother`s house where she was surrounded by elderly women who always had something to say, to her clients that never seemed to stopped talking - she has listened.

Being exposed for such a long time to a chatterbox*, she had learned to keep a straight face and look interested in the conversation although she allowed her mind to err while pretending that she had a clue about what the person standing next to her was talking about.

I heard we are getting more snow tonight! Did you park the car on the right side of the street? I don`t want to go out tomorrow and move it before those city workers pass by to give tickets. I had enough tickets in the last six months. Timothy stopped to take a breath, then he continued to nag her about how much he had to pay to the city and how much he hated to go to court and contest his ticket.

Lauren was studying her recent scars and once in a way she would nod her head or add a simple hmm! or a sigh to their conversation which resembled more to a monologue. She had been married for more than ten years now and she knew how to choose her battles. She was one of those persons that appreciated the silence more than anything else.

As a matter a fact, she valued a lot her alone time. Never in her life she felt better than when she was able to enjoy her own company, allowing herself to act freely. Most of the times she would spend her me time in the comfort of her own studio. She could have stayed there for weeks without seeing anyone and still be happy.

Social interaction was not her string suit. She was educated, polite, mannered and most of the women her age that she crossed paths with were looking for her company, trying to forge friendships with her. She had dismissed them all. One by one. She could not bring herself to reveal everyone that she was a lone rider. Not even to her husband.

Throughout the years, due to the distance she had imposed between herself and the other female members of the community, rumours started to circulate. Some were saying that she was gay. Others insinuated that she was mentally unstable because she had offered a totally different explanation to each one of them.

She did not give a damn about any of these. Keeping a low profile was part of the deal she had stroke more than a decade ago when she made tabula rasa. She had left behind her silver tags and dusty boots in order to save two lives.

She was glad that one more year had passed by without anyone coming looking for her. Deep down in her heart, she hoped that day would never come, but her past had taught her that nothing can stay hidden forever. She had played endless scenarios in her mind and did her best to prepare for the day when she would hear her real name again on someone else`s lips.

Someone she prayed not to meet again. Someone who brought out the worst in her. Someone she hated with every single cell of her body. Someone she would have not hesitate to silence without the slightest regret. Hate is a powerful feeling that can act as a drug when cultivated for lengthy periods of time.

Lauren analyzed carefully the reddish scab grown overnight on her wrist. It looked older than a day. She moved her index finger over it and applied some pressure on it. It still hurt but she did not care. She continued to press until the pain went away.

Timothy was still going on, rambling about his tickets when the doorbell rang. He paused for a second and turned towards Lauren. His eyes looked surprised and seemed to be asking her if she was expecting any visitors. He was not expecting anyone. Not for the day, not for the weekend. Neither was she.