Please don't ley your animals walk by themselves

I wished to write a post about creative fresh-up this day, but yesterday something happened, and I just can't keep it all to myself. 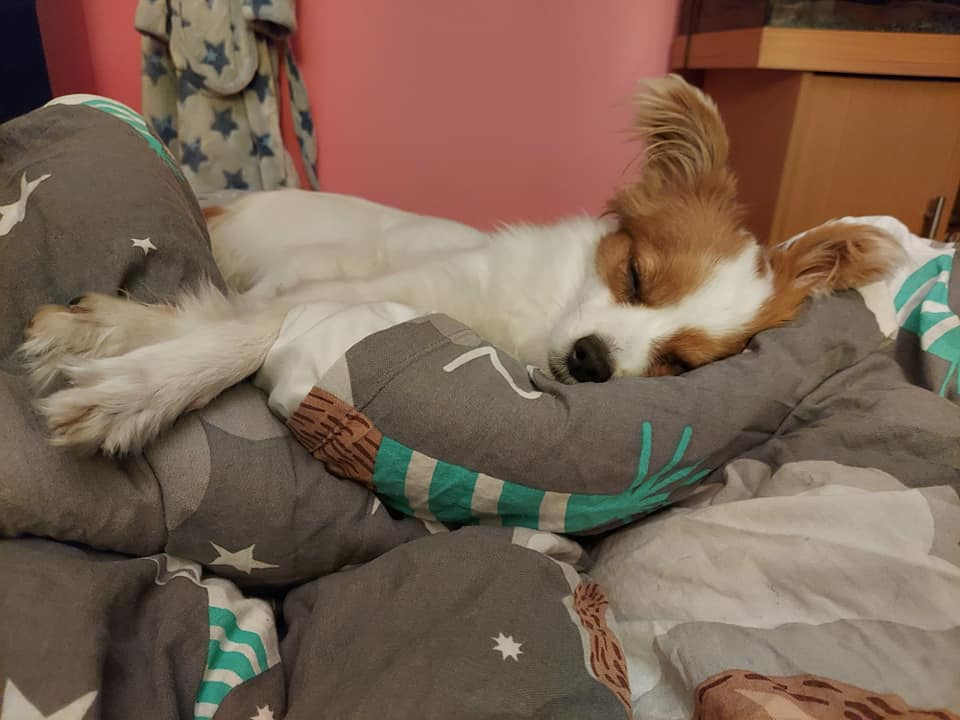 We have a tradition, me and my hubby. Sometimes in the evening when we feel like it we take some coffee and ride around the city, by car. Usually my hubby drives.

Yesterday in the evening we did it spontaneously, and it was almost today, so - late in the night.

We took our coffee in MacDrive and went on, following the route we usually have, when suddenly I saw a small dog on the road. There were no other cars, but overs, and the dog nearly ran under our wheels. She was small and looked frightened.

I asked my hubby to stop a car and went to the dog. The rain was really hard, and she was all wet. She was scared of my, so I moved slowly, asking her to come to me. In the end she climbed under a tree, not exactly tree, but some kind of thorny bush, and it's branches started from my knees height and were about two meters in length. I couldn't reach her, or I could, but really slowly, and while I moved through branches she already changed position.

I saw that her collar has a pendant with address and QR code. The only thing I needed to do was to get close enough to take a photo of phone number on her collar, and than wait till her owners will arrive. I've spent half hour trying to do it, but with no result, she was too scared.

I couldn't leave her like that, so I called Animal Rescue Group. They arrived in 15 minutes, so there were already five of us, who tried to catch a little dog. She started running, slipped through the toils. We ran after her, and after 300 meters she ran into some house.

Owner came out from it. And said "Huh, that's ok, she just went for a walk".

Guys, what was I supposed to think?! A smell dog at street at night, scared to death. Of course I thought that she was lost! I couldn't think about some idiot, that allows his pet to go outside where danger is!

I deel really bad about this situation, feel guilty that I called rescuers. But I'm happy that in the end everything is OK.

Awww so cool of you

That puppy is great. What line does it belong to, Ms.Inber