dCity, formerly SteemCity is another interesting community project on the Hive blockchain that is using the latest NFT technology offered by Hive Engine. It’s a It is a city simulator game where players are buying NFT in form of a cards, that represent buildings and then try to optimize their city production. 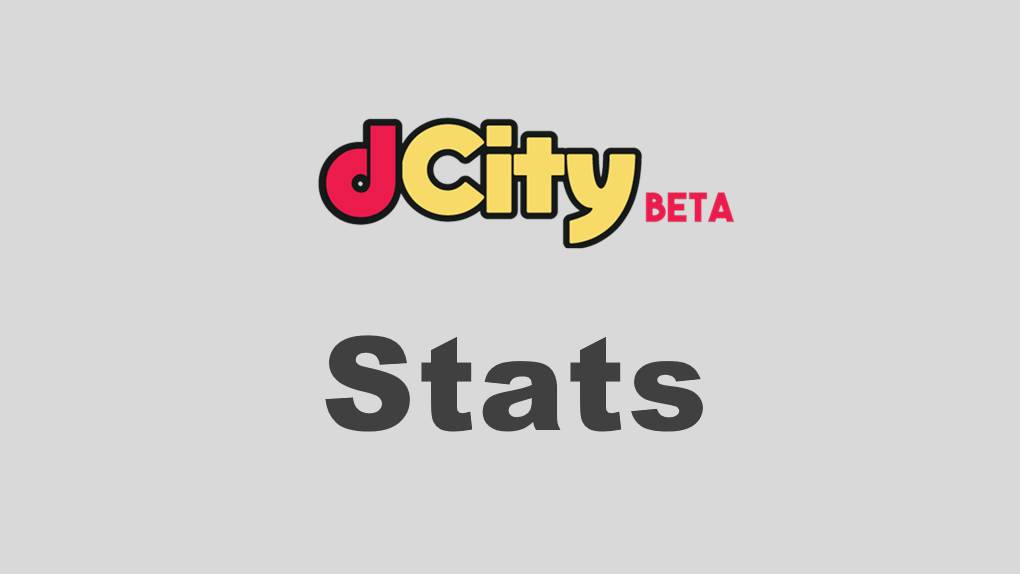 The game has been around for more than two months now. In the first weeks there wasn’t even an interface but only discord bots. It is a very early stages and there are a lot of plans for future development like new card types, governance model where the players will decide game mechanic, new technologies etc.

Here we will be looking into the following:

The report is a bit late and the last days are not included here.

Here is the chart of the cards issued daily This are cards on a daily basis that have been purchased from the house. Players can buy cards with SIM or HIVE. One card cost 800 SIM or 4 HIVE.

The chart above doesn’t include cards like immigrants and homeless that players get randomly.

Looks like There are few spikes in the chart with around 1500 cards bought per day. On average there is around 550 cards issued daily. The total number of cards issued by April 10 is 34,713.

Here is a table of the number of cards issued for each card.

When a player buys a card from the house, he gets a random card from the above, based on the drop rate that cards have. Basic Homes have the highest drop rate and are at the top of the list and The Steem Sign the opposite, being the rarest card.

Here is a table with the top 15 players that bought cards.

As noted, cards can be bought with SIM or STEEM/P.
These are cards bought from the house, the @steemcitysim account. The cards are tradable so cards both on the market are not included above. Also, some of the players can sell the cards, meaning not necessarily holding such a number of cards.

The game is rewarding its players with SIM on a daily basis. Here is the chart for the daily amounts of SIM rewarded to players. As we can notice the amount of SIM rewards has been increasing since more cards are issued daily that are bringing SIM to their players. In the period above a total of 6.3M SIM has been distributed to players. At todays price of the SIM token that is around 4,500$.

Here is the table

As mentioned STEEM rewards are also distributed to players on a weekly basis based on the players ranking. 50% of the cards sales goes into the reward pool, and 10% of that is distributed weekly to players.

A total of 21k STEEM distributed to players till April 11. There are also HIVE rewards distributed after the HF happened and the reward pool gained HIVE tokens as well, but this are not included here.

Here is the chart for daily SIM spent for buying cards from the house. We can notice that more SIM is used for buying cards. This is in correlation with SIM rewarded.
A total of 4.9M SIM has been used for cards buying from the house.

Here is the chart for cards buying with STEEM/P. A total of 115k STEEM has been spent for buying cards from the house.

As unique players are counted accounts that have been purchased cards from the house. New unique accounts are added to the existing ones. A total of 365 unique accounts have purchased cards from the house till April 10, 2020.

Thanks for the updated stats @dalz 👊

Cool, I play the game, they have migrated to hive-engine?

Not yet ... they are preparing in the next few days.

Awesome analysis, I have been craving for something like this, thanks so much.

Thanks for the stats. I was surprised I made one of the top 15s ;)

I'd like to have a tool to see how much I was rewarded in Steem and in Sim but I don't know if that's available for people out of top 15 or top 25.

I though I had bought more cards already by the date you posted this...

When was the date from the stats?