COVID 19 Will All End In Tiers

COVID 19 is the gift that just keeps giving for wannabe despots and petty tyrants, squealing in bestial excitement at the trough of human fear and misery. They just love their Tiered lockdowns. There seems no end to them.

Here in the UK first we were going to have a national lockdown, then we weren’t and then we did. In order to exit the lockdown we had “Alert Levels” to obey. There were 4, then there were 3, I think we may have briefly had 5 (not sure) but seeing as no one understood them anyway they were abandoned. Or at least I think they were. Maybe not. 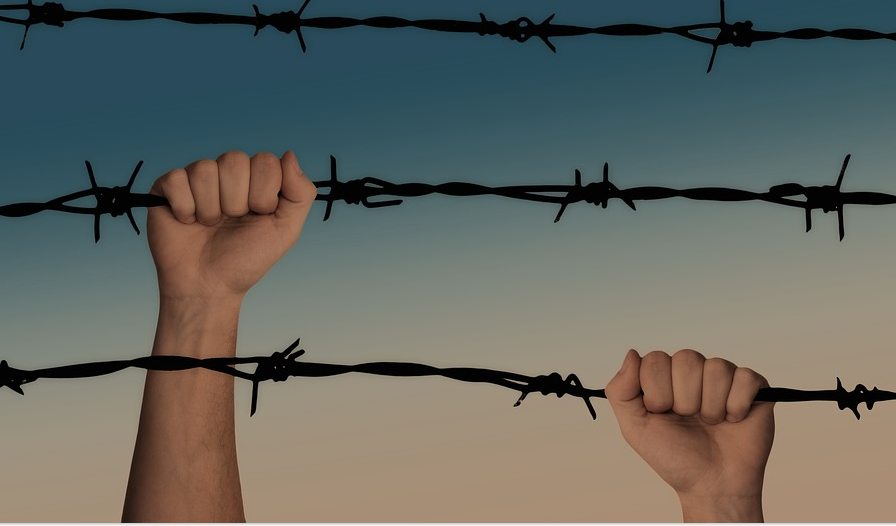 Then we had local lockdowns which were based upon how uppity the locals were or what colour their skin was, voting patterns and the like. The globalist mouthpieces said they had test data to work out which community was targeted for abuse, but their data was total shit so that was all bollocks.

The idiots who call themselves the government have cottoned on to the fact that everyone now knows that the word ”Lockdown” is from the U.S. penal system and is essentially a collective punishment. This is bad for PR so they now call lockdowns ”Tiers.”

Of course, everyone also knows they are lockdowns but the psychopaths secluded in the Westminster glitterati bubble are so detached from reality (or are they?) that they imagine they are being clever by rebranding our imprisonment. Like we wouldn’t notice. Fucking muppets!

We now have 4 tiers, but even that may not be enough say SAGE, the UK governments team of useful idiots who have got precisely jack shit right so far but who we are all expected to listen too.

Will it be 5 tiers or 3? Why not 20 or a googleplex, who fucking cares? It just means lockdown which means more closed small to medium sized businesses, more unemployment, more poverty, more deaths in care homes, more debt, more hospitals closed to the public, more fear and more misery.

On the upside it also means more profits for multinational corporations, more zeros in billionaires bank accounts, more authoritarian control for Hitler enthusiasts, more confusion and one more step closer the biosecurity state these insane megalomaniacs want like a fat kid with a sugar addiction wants a sweety.

From a scientific perspective SAGE are obviously either halfway through the Ladybird guide to science or delusional. So far they have told us to not wear masks, wear masks, don’t go out, or go out, go to work, stay at home, hug your granny (she’s desperate for some human contact)…..No dont! She’ll die.

Whatever! It’s all complete crap anyway. According to government statistics, which are about as reliable as Goldman Sachs tax return, none of the brilliant measures concocted by the gaggle of thumb sucking inebriates at SAGE have made any difference anyway.

In reality it doesn’t matter so much what we or they think because they are only there to allow the fascist twats and would be commissars in the government to run their little COVID scam.

So now Christmas has been turned off. Santa has fixed his mask in place for the return journey to wonderland where he will join the ghosts of Mao, Pol Pot, Stalin and Genghis Khan who have been spinning like fidget spinners in awestruck envy that they never had a shot at the unrivalled gift for every dictator that COVID 19 is. Not only does it allow you to force your terror victims to obey without question ,some of them are so taken in by the baseless propaganda fairytale they actually want you to be their dictator and bang them up for no reason.

So Tiers are here to stay.

They will be perfect for the new normal totalitarian state. They can be added, subtracted, applied here but not there, be more severe or a little more relaxed, and generally serve as the perfect tool for social control and ubiquitous human slavery.

They can be justified by your pet scientific idiots, enforced by you goon squad of enforcement automatons and used as a divide and rule tactic.

The added bonus is that they disorientate the public, who disheartened will eventually give up and shuffle off meekly to their gruel and servitude while allowing for the sectioning off and division of the nation (which can be done along party loyalty lines), enabling you to create mainly ghettos for the plebs and highly secure luxurious gated complexes for your party loyalists and hedge fund fattened mates on an unprecedented scale.

Sir, you'll have to come with us. It looks like you've had too much to think.

Everyone else, move along please. Nothing to see here. Move along.

One thing is for sure: the world will never be the same again.