Scott Pilgrim vs. the World

steevc in #cinetv • 2 months ago

This is by no means a new movie as it came out in 2010, but I have only just seen it prompted by @ashtv saying it was a cool comic adaptation. We actually had the DVD as my daughter is a fan. 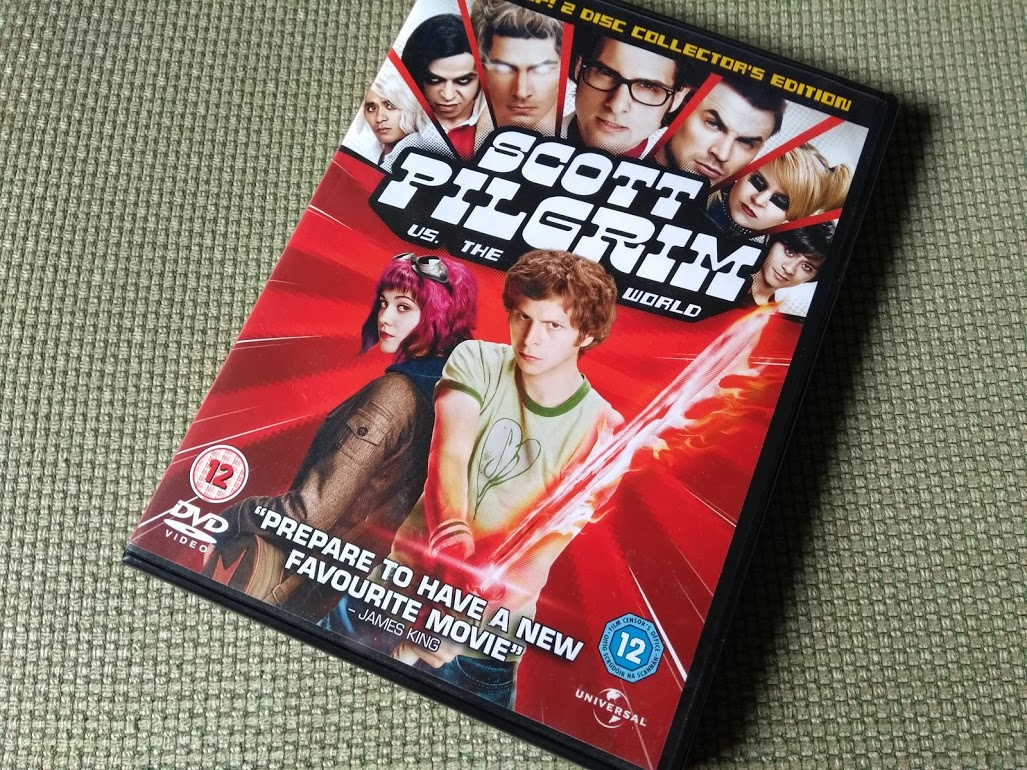 Scott Pilgrim vs. the World is based on the graphic novels by Bryan Lee O'Malley and is directed by Edgar Wright who is known for his work with Simon Pegg on movies such as Shaun of the Dead and The World's End (which was filmed near me).

It is the story of slacker Scott who falls in love with mysterious Ramona (despite having a girlfriend), but has to defeat her 'seven evil exes' to win her. The style makes a lot of nods to comics and classic video games. Sound effects appear visually, characters get captions and scores show up when someone is hit or defeated. The battles are very over the top in the style of various fighting games.

Music also plays a big part with Scott being in a band that competes in a battle of the bands. Beck wrote some of the songs.

I found it really good fun. Of course it is silly, but I like some escapism and fantasy. The cast are pretty good and mostly on the younger side. I suspect most of them were under thirty.

I like to check out the trivia on IMDB and there is plenty in this case. It references lots of old Nintendo games that never played as that was not really my gaming era. I expect people had fun picking up on little details. It is set in and filmed in Toronto, Canada, which I have visited, but I did not really recognise anywhere.

There are lots of digital and other effects involved, but they blend in well. I agree that it merges the movie and comic experiences well. The art in the books is fairly simple, echoing some Japanese comics, and is referenced a few times in the movie. We actually have a set of the six books. I may well read them when I have time. I already have a few books on the go, including a graphic novel. I do not like to give scores, but this has my recommendation if you enjoy irreverent fantasy movies.

One of my all time favorites!

Scott gains the power of self-respect!

This is one of my favs. I have the paperback comics as well.

I love Scott Pilgrim vs the world!
The first time that I watched it when it came out I didn't knew about the comics or anything about it. Just went in blank as I also didn't see any trailer. I was so awesomely surprised. Great movie

It is good fun and I didn't have any real knowledge of it either.

Hey @thetimminator, here is a little bit of BEER from @steevc for you. Enjoy it!

Awesome movie! One of my favourites!

@steevc! I sent you a slice of $PIZZA on behalf of @drunksamurai.

I have not heard of the the movie but i will try my best to see it because i am bit convince with your sweet attestation.

Well that is entirely up to you. We each have our own tastes.

Hey @steevc, here is a little bit of BEER from @definethedollar for you. Enjoy it!