The Movie Dean Spanley and My Fading Memories

The first time I watched this 2008 release was in 2012 on the the advice of my son. It was an interesting time in my life and I was experiencing some pretty incredible changes in my belief systems and who I had become. A film with overtones of the supernatural, mysticism, and the transmigration of souls seemed like something I needed to see. :)

I haven't watched this in about 5 years so this is my best recollection of the events of the film. I am also trying my best not to reveal any spoilers so... let's move on with the retelling. :) 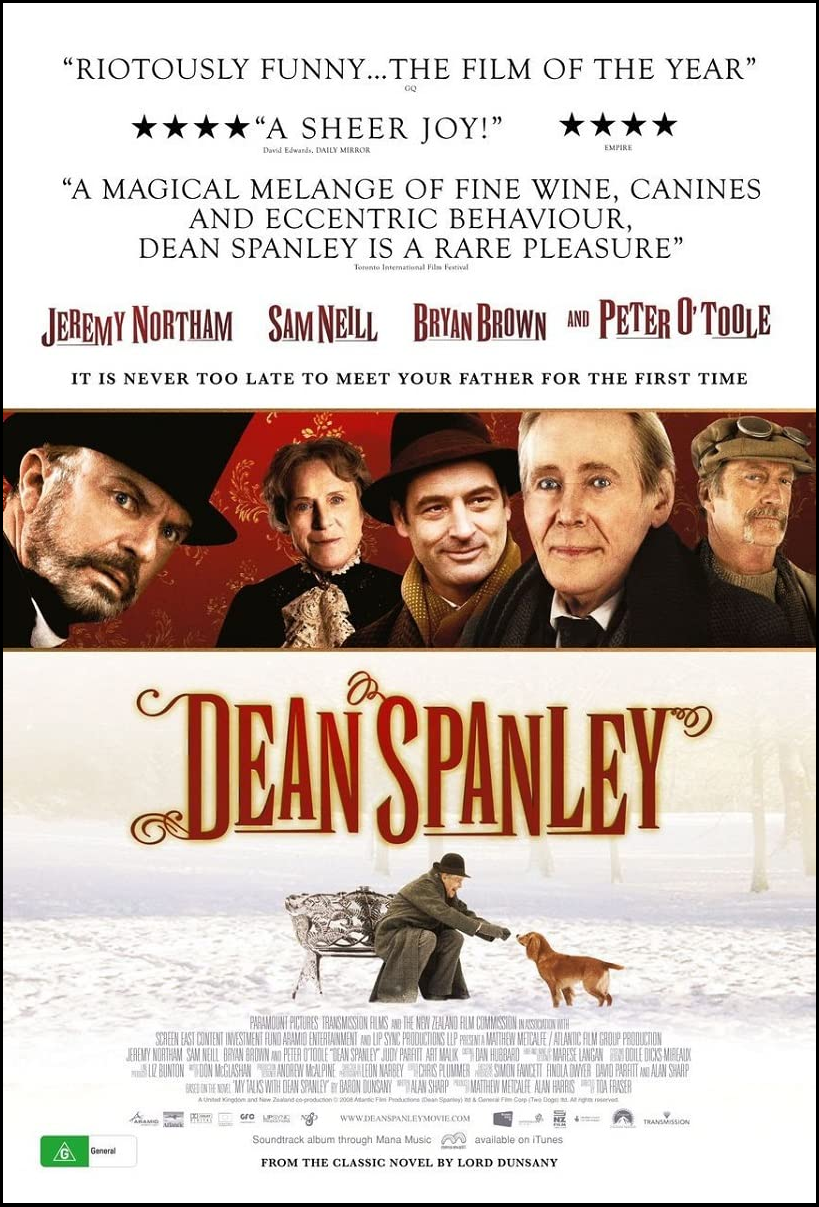 The loss of a son/brother and the wife/mother shortly after, leaves the relationship between Fisk senior (Peter O'Toole) and Fisk junior (Jeremy Northam) in a very icy place. The elder Fisk is an extremely bitter and affection-less old man. Despite being constantly rebuffed, the younger Fisk continues to visit his father in hopes of some how reaching through his cold Edwardian exterior. Seeing an ad in the paper, he is able to convince his father to attend a lecture with him on the transmigration of souls given by an Indian Swami.

At this lecture they run into a cleric, Dean Spanley (Sam Neill) and "businessman" Wrather (Bryan Brown). The younger Fisk learns of the cleric's claim to be reincarnated from a dog. He and Wrather then go on the hunt for the rare liqueur that induces the cleric's trance like state where he can recall his time as a dog.

After a first dinner with Dean Spanley, young Fisk and Wrather are witness to the cleric's most convincing retelling of his life as a dog. The junior Fisk is then able to convince his father to attend the next dinner. I will leave the retelling of the events at his dinner a mystery as I don't want to give any more plot lines away. You will just have to watch if you want to know. ;)

In the end there is redemption, reconciliation and acceptance of loss. I remember this film leaving me with an overall good feeling. I hope to be able to watch it again sometime soon.

A link to IMDb and the trailer for those that are interested.

Thanks for reading and enjoy your day!

This sounds good! I need to fit some movie time into my days!

I need to fit some movie time into my days!

I agree with this, but with warmer weather and longer days I don't know how. :)