#BeerSaturday 201 - Looking Down from the Short Hills for Expansion

Source: https://www.pinterest.pt/goldensaintbeer/ with a little Zeke design on top.

I became a beer blogger years ago because of the blockchain, I came to write either about that which I am learning, or know very well. The years I spent brewing for myself, the breweries I work with now on their technology and marketing, and the decades spent imbibing combine for the self-proclaimed title of the #Blockchain #Beerologist.

This week, we may still be hung over from #beersaturday 200, but I have enough tank space to try some new brews from known breweries! 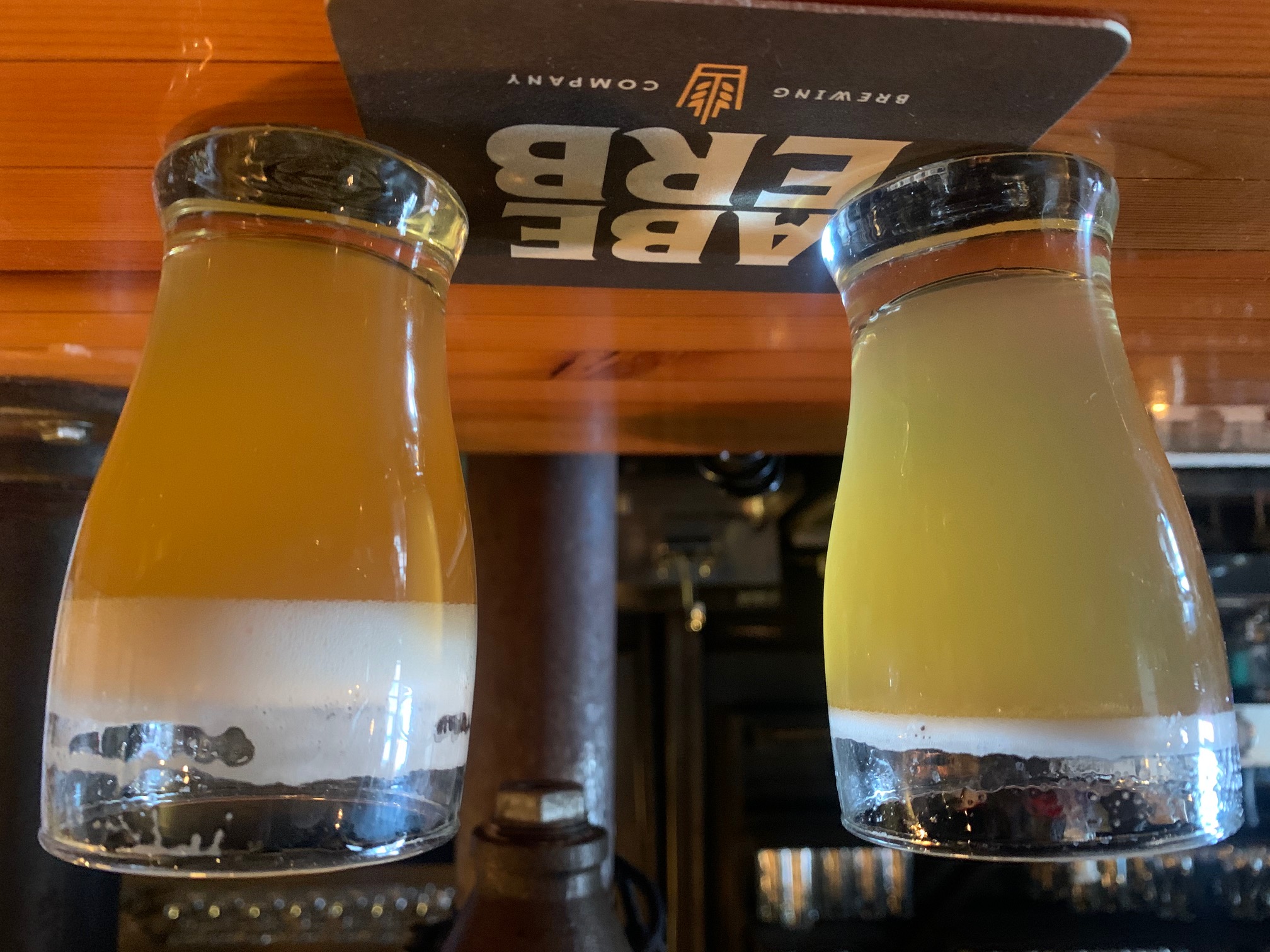 I like to keep a few shorties in the fridge as much as I love to enjoy a pint on the town. Every week I highlight one or the other but this week, I kill those 2 beers with 1 stone.

Abe Erb Brewing https://abeerb.com/ is about to reopen this week and, despite being in a lockdown, I was able to sample the opening beers. They happened to also be shorties which most likely tasted even sweeter for the exclusiveness of the session. 1857 Country Kolsch and Transatlantic American Pale Ale are good to go in my qualified opinion as a beerologist. I will save the details for a #beersaturday extravaganza when I visit after opening and tease you with this shorty of the week. 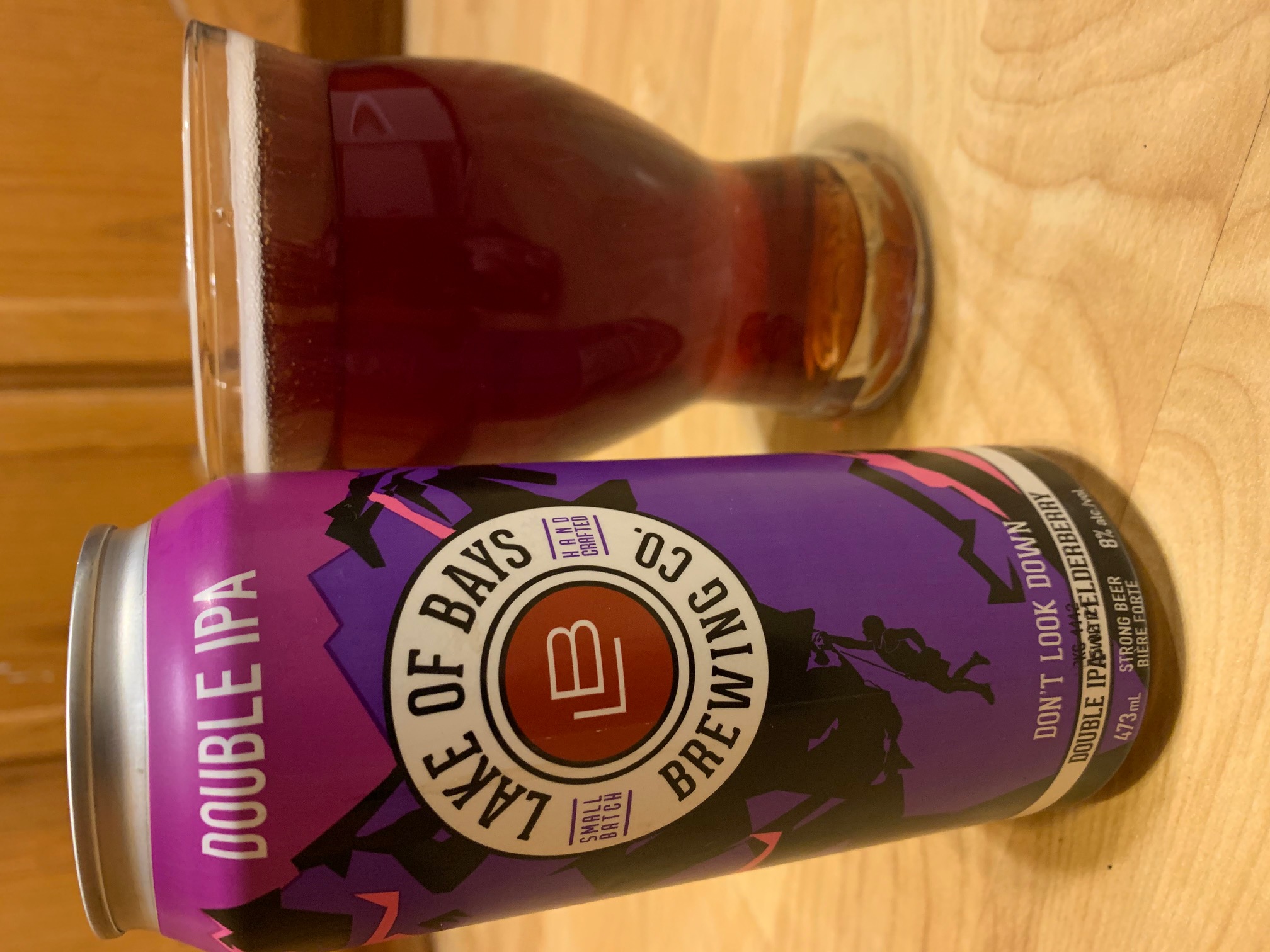 Lake of Bays Brewing Co. https://lakeofbaysbrewing.ca/ had me at Double IPA with this one and I did owe them another shot. So many nice but not personally impressive brews from this craft brewery had this brewery pretty much written off for me. A couple years later and a surprisingly tasty Juicy IPA https://lakeofbaysbrewing.ca/beer/juicyipa/ had me looking forward to this brew. Don't Look Down Double IPA with Elderberry https://lakeofbaysbrewing.ca/beer/dont-look-down/ is a rollercoaster even before tasting it with a strange mix of adventurous lifestyle branding, vibrant design, and the feeling that "DON'T LOOK DOWN" was intended to distract you from the fact this is brewed with elderberry.

50 IBU is not much compared to other IPAs but it pours out with a neat berry tone and tastes like a Mosaic should! Rich, sweet, modest dry finish and lingering berry taste and not a bad IPA afterall. Then you look at the 8% ABV and marvel at how smooth it is! I love the evolution of this brewery and will surely find more good ones to review in the future.

Short on the Hills, Hazy on the IPA I haven't had much good to say about Bench Brewing Company https://benchbrewing.com/over the years. I can be a bit of an IPA snob and lose patience with pissy session ales & dirty tasting experiments. Not kind words at all but I simply have to taste every Hazy IPA I see...and this is one of those. 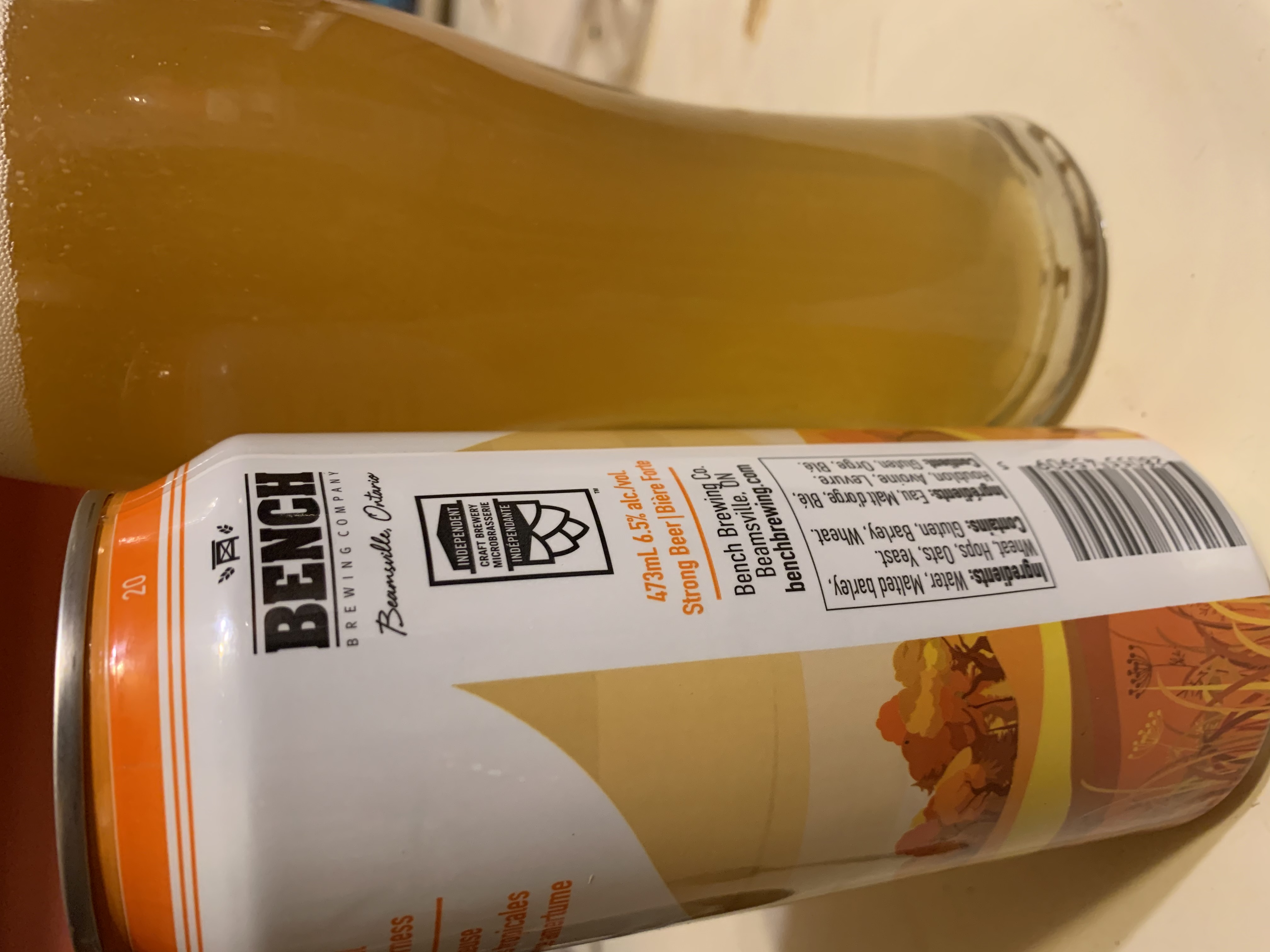 Short Hills Hazy IPA https://shop.benchbrewing.com/blogs/news/short-hills-hazy-ipa might be a new recipe as I recall a Short Hills East Coast IPA from a past blog, and think I might have been suckered into a bad beer twice. As it turns out, the recipe may have been altered or the one I had a year and a half ago was an off batch or else it sat on the shelf too long. I am happily classifying is as I Don't Hate This and am almost leaning towards I Would Buy This Again 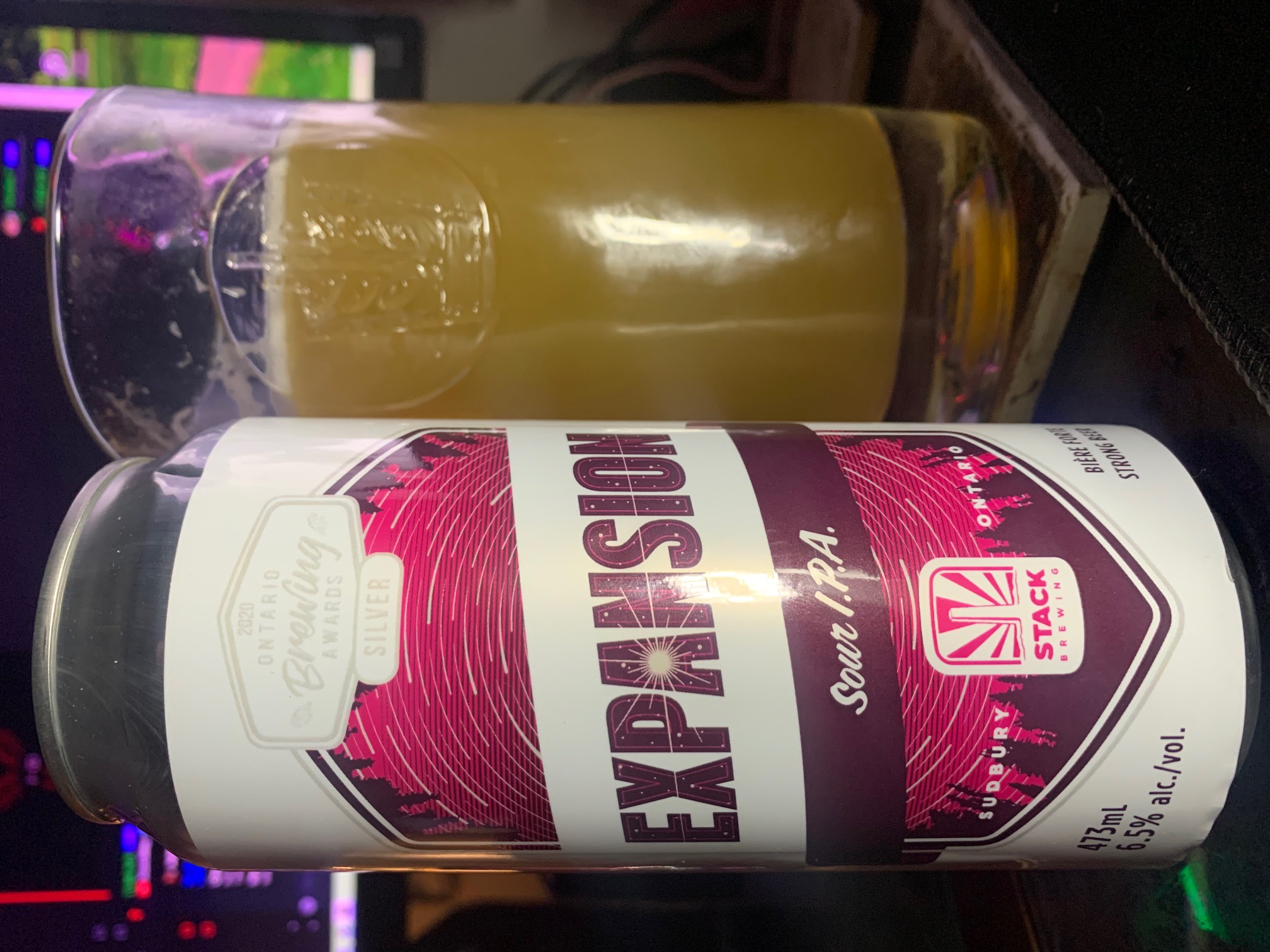 Stack Brewing https://stackbrewing.ca/ is a mysterious northern brewery I have only sampled once because someone dropped a 6-pack on me out of the blue simply because he knew I liked beer. This was years ago and I LOVED the double IPA so you can imagine how happy I was to see some of this land on the local shelves. I really wish it wasn't a Sour but I will take what I can get. Expansion Sour IPA https://stackbrewing.ca/product/expansion-6-pack/ is loud and proud from Sudbury. These maniacs carve out an adventures existence on the edge of the legendary Canadian Shield. I have to admit I have had better sours, and better IPAs. That being said, this is a solid beer as long as you are neither sour aficionado, nor IPA snob. Don't be a dummy. Grab one of these if you see it, and recycle it afterward. I still love me some Stack Brewing so they deserve the coveted seal of approval and subsequent wave of popularity. Thanks again for this wonderful #hive #beer gift by @spirall on Twitter! Hop in on the marketing push with us and invite the world of beer bloggers to join us on Hive.

Tonight we're gonna party like it is #beersaturday week 201 https://hive.blog/hive-187719/@detlev/201-weeks-of-beersaturday-still-thirsty-for-your-beer-posts So show us your beers and let's get on the road to week 300!

I invite a friend to the party every week and this week I invite a blast from the past in @borjan I have no idea whether or not he drinks beer but this dood who paints by the sea and needs to post more.

Cheers to our global family of beer-drinkers!! 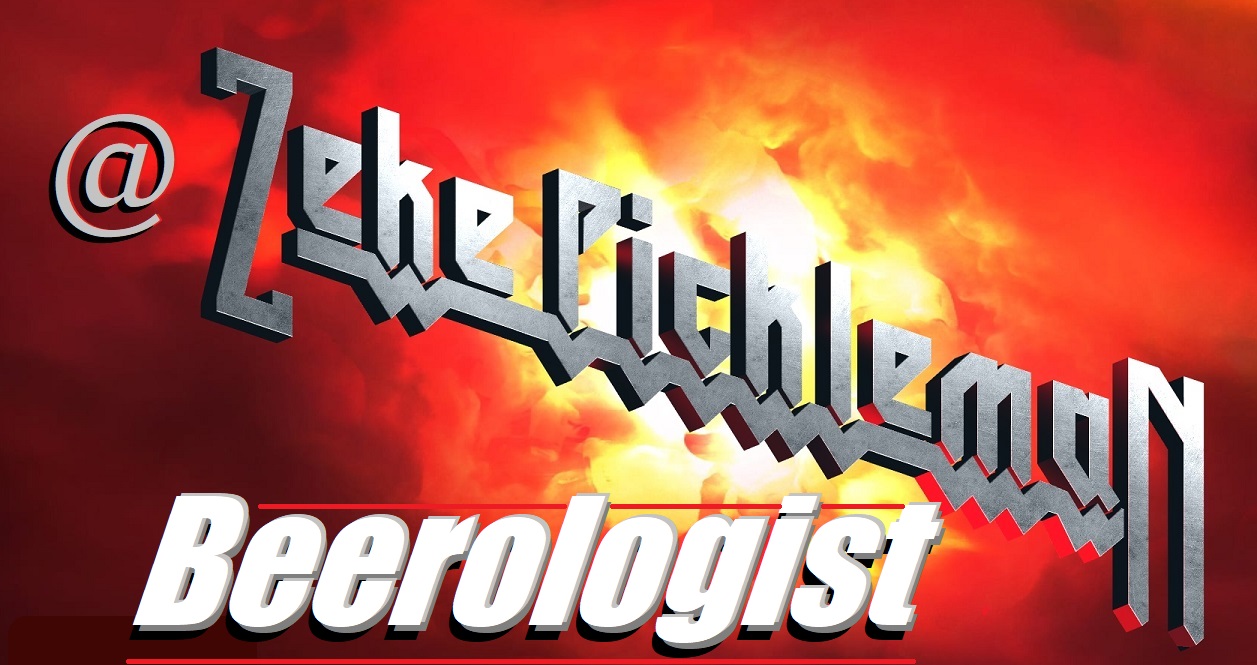 Any good brews from craft breweries in your region?

scred of heights but will have a don't look down ;) I'll have an address this week so will discord you bro. Lets do this!

I was looking at the Lorna tap on Thursday and hoping you were doing alright with the move. Let me know your size and I will order one hoping they still have them in stock.

You know, double IPAs are starting to be like opinions, everyone seems to have one and few of them are original.

This one is a little different and good!

Hey @harveyword, here is a little bit of BEER from @zekepickleman for you. Enjoy it!

Maybe I should write about wine the way you do about beer ! 😊

I would definitely read that and probably learn a thing or 2.

There is also the !WINE community you should check out here too!

Looking forward to our pubs opening again and having some pints... still home cans for us here..